Ethereum. Is the revolution inevitable?

Altcoin prices have rebounded from yearly lows and have consolidated above $2,000. Ethereum is a good buy above $2,200 with a near-term profit-taking target at $2,800 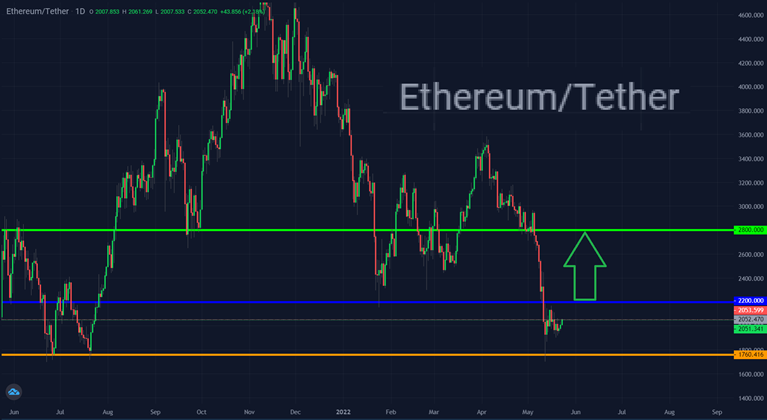 Ethereum has been operating on the PoW consensus since its creation, with work on the transition to PoS taking almost seven years. The last step before The Merge should be the transition to stacking on Ropsten's test network on 8 June. We think the move to PoS could spur demand to buy Ethereum, as the rewards will accrue to the holders of the highest number of coins.

If we analyse the trading volumes, the current stage of price decline is seeing this year's highest volumes. This indicates that there is increased interest in trading this asset at these price levels. Trend reversals almost always occur when large volumes are traded, so we expect an upward reversal soon. 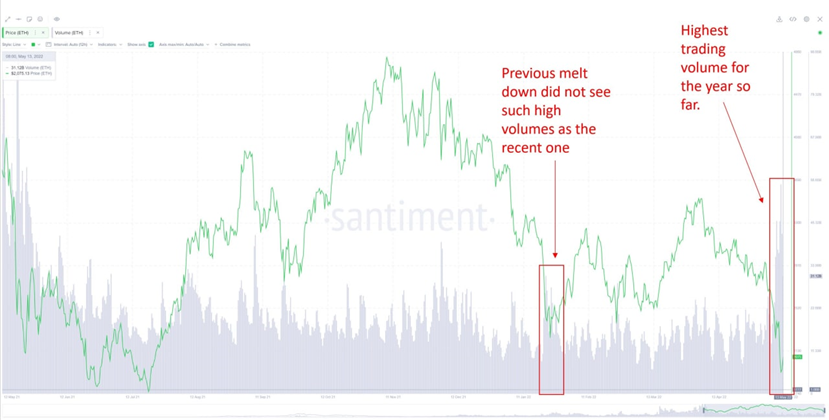 Whale activity is also worth noting. The number of trades over $1 million in mid-May was the highest since the beginning of the year. It's a strong signal that the price decline has stopped, and the asset is starting to rise. 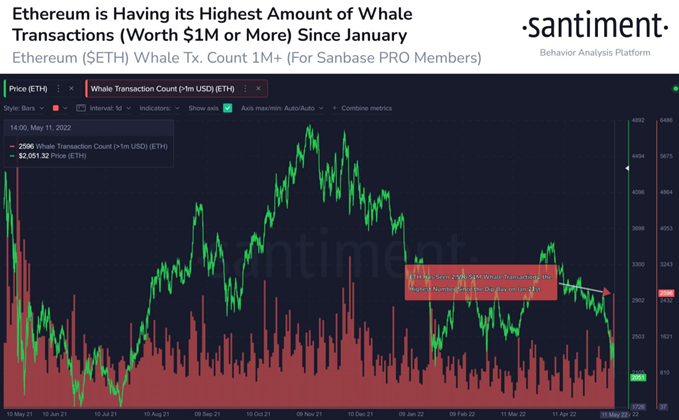 Number of trades over $1 million
Use this idea

Previous article
The latest idea: Big players are buying up Bitcoin fast
Ends 15 Jun, 2022
Bitcoin's price is dropping, but is everything really so bad? Not always.
Next article
Ripple has grounds for growth
Ends 15 Jun, 2022
Pessimism reigns over cryptocurrency markets, but Ripple has pretty considerable grounds to make back at least part of its losses.

Don't miss out on new invest ideas in our app

Join StormGain, the most universal app for crypto. Buy, store, trade, exchange, earn and learn about crypto in a single tap.