In the 1980s, El Salvador's economy suffered from unbridled inflation, which reached a peak of 31.9% in 1986. In an effort to return some sense of normalcy, the government took radical measures. In 1994, they tied the national currency to the US dollar before totally removing the Salvadoran colón from circulation in 2003.

The dollarisation of the economy helped the Central American country get inflation under control but brought with it a host of other problems. For example, output quality requirements increased since the country was no longer able to take advantage of the exchange advantages previously afforded to it by its depressed national currency. Furthermore, the outflow of labour increased (predominantly to the US).

In 2019, the increase in money transfers from Salvadoran immigrants to their relatives back home reached 20% of the country's GDP ($6 billion). This then exposed yet another problem: the high rates of commission withheld by American payment systems. Salvadoran President Nayib Bukele cited the high commission rates on dollar transactions as one of the leading reasons for the adoption of Bitcoin as a second official currency. Thus, while the cost of sending funds from Los Angeles via Western Union can exceed $15 per transaction, Bitcoin transfers of any amount to anywhere in the world currently run at around $1.30.

El Salvador's risk of default lies in the fact that the present moment was not the best time for currency experiments. The country's international debt stands at $800 million and matures in January 2023. Bukele had been counting on assistance from the IMF in restructuring the debt, but last year the Fund spoke out against the idea to make Bitcoin legal tender and refused to help El Salvador do that. El Salvador's insistence on crypto innovation was not to the IMF's liking and was likely the reason it refused to help the Central American nation this year. After Bitcoin was declared legal tender, credit default swaps (investor insurance policies) rose by 400%. 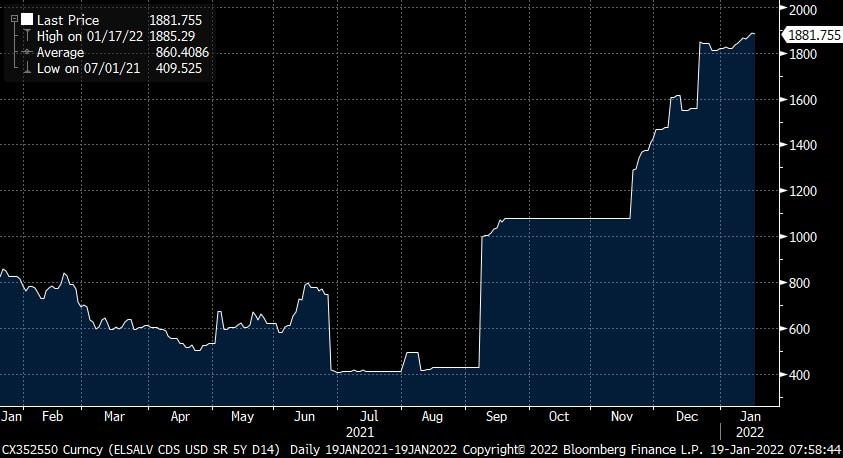 Bukele must immediately seek out funds to refinance the debt in 2022. His last hope could be the issue of a 10-year Bitcoin-denominated bond worth $1 billion. 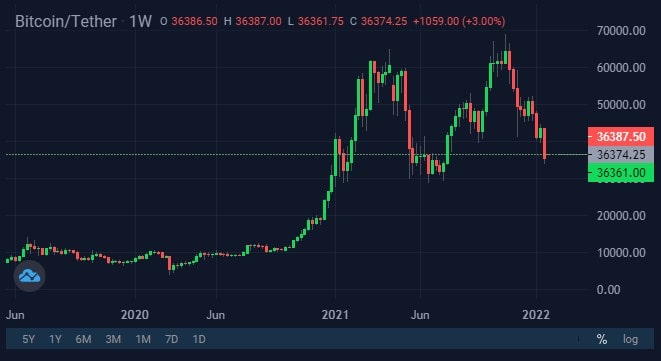 However, Bitcoin's correction and ongoing strong volatility are fuelling doubts over El Salvador's ability to attract investors with this new financial instrument. El Salvador's own investments in Bitcoin are currently in the red as much of its purchasing was done in Q4 2021.