Crypto adoption is growing in Brazil

In Brazil, the Crypto Regulation Bill approved by the Senate Committee on Economic Affairs awaits a fall vote on the Senate floor. However, Brazilians can already purchase digital assets from local financial institutions, as demand for cryptocurrency far exceeds forecasts.

For example, Nubank, a digital bank that has 47 million customers in Brazil, launched Bitcoin and Ethereum trading on its Nucrypto platform in June of this year. The service is operated in partnership with Paxos and had a goal of attracting 1 million users by the end of the year, which it achieved in just one month.

Competition in the Brazilian crypto market is getting tougher. In addition to Nucrypto, the Mexican crypto exchange Bitso has also hit the one-million-users mark, and market leader Mercado Bitcoin has 5 million users. Fearing that it will get left behind, Santander, one of the top five banks in Brazil, also announced that it is launching a crypto platform in the coming months.

Crypto adoption is growing in South America by leaps and bounds. El Salvador has made Bitcoin legal tender, and this has played a key role in the shift in sentiment. In a recent interview with Bloomberg, Finance Minister Alejandro Zelaya spoke of the benefits of the move. Bitcoin adoption has been beneficial to El Salvador's unbanked population and also attracted tourism and investment.

South Americans are looking to crypto as a way to escape high inflation. In Argentina, for example, inflation has reached 64%. When paid for in Argentine pesos, Bitcoin is more expensive than it was a year ago. 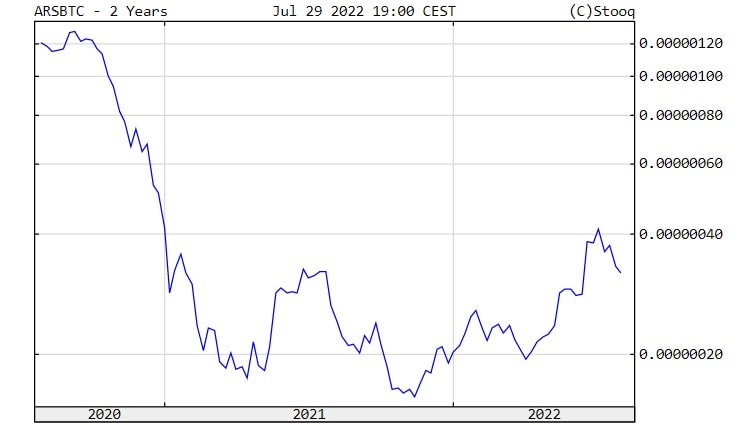 The situation is so dire that the transfer of Giuliano Galoppo from Club Atlético Banfield to São Paulo was made in USDC stablecoins. This is the first time that this has happened in Argentina, but most likely not the last. Because of high inflation, players are being forced to renegotiate contracts constantly.

As a result, Argentina has one of the highest levels of acceptance of cryptocurrency in the world. At the end of 2021, 21% of citizens were using or owned cryptocurrency. In Brazil, inflation currently stands at 12%. If the economic environment worsens, crypto adoption will get an additional boost.