Ethereum Classic surges 2.5 times in a fortnight on merger news

Ethereum Classic evolved from the Ethereum hardfork and is the parent branch. Because of the upcoming offspring's move to PoS, ETC is rising in value as the migration of miners will take it to a new level of reliability.

Ethereum (ETH) was the first full-fledged blockchain to support smart contracts, leading to rapid growth in the number of crypto projects. In 2016, The DAO crowdfunding platform was launched, making it the largest project in history. It was a decentralised, autonomous organisation that allowed participants to come together to work on different ideas and receive funding from around the world. In just a few months of operation, The DAO has raised $150 million.

On the technical side, the platform had a number of shortcomings. Taking advantage of the vulnerability, an attacker stole more than a third of the funds raised in June 2016. Vitalik Buterin has hardforked and "rolled back" the blockchain to prevent a hacker from using the money.

The majority supported such an action, but some disapproved. Interference with the blockchain violates the key tenet of decentralisation, i.e., "code is law", so a number of developers have remained faithful to the original branch, called Ethereum Classic (ETC) as of 2016.

ETC hasn't been widely used, and many predicted its demise, but with ETH's move to PoS ("The Merge"), it may get a second wind. 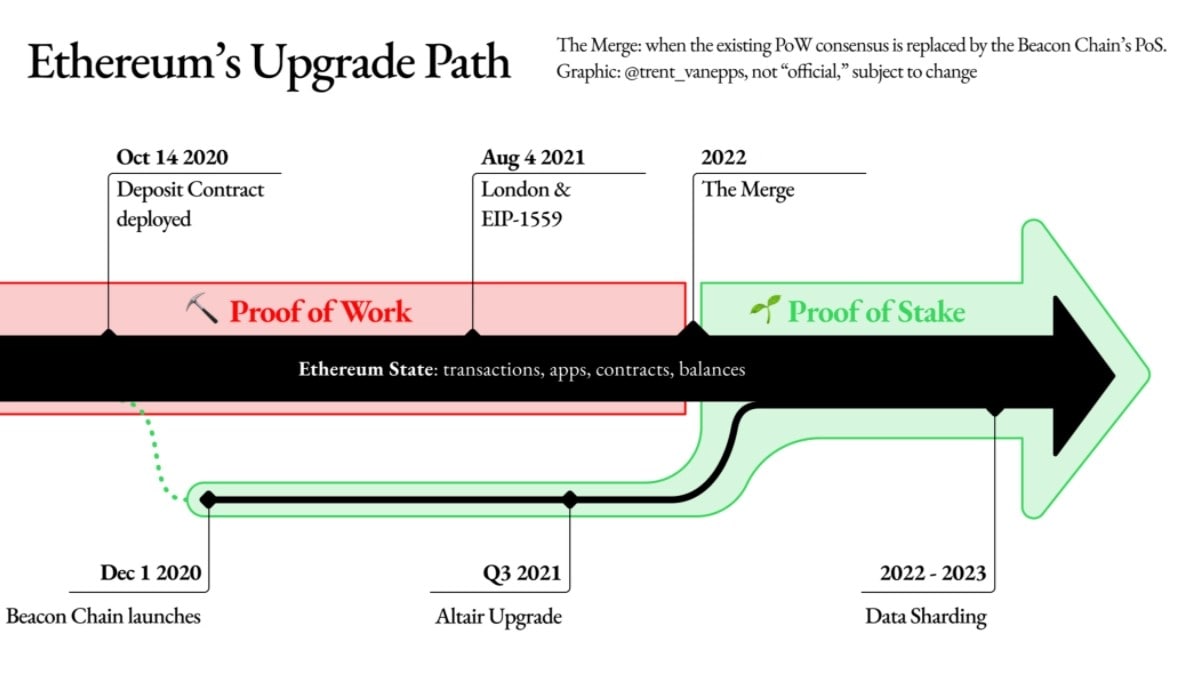 Ethereum's strength is its support for smart contracts and its high degree of decentralisation. The latter is provided by miners scattered around the world. With the move to PoS, the need for miners will become obsolete. For many, this means increased network centralisation and higher risks. The move itself can cause a lot of unforeseen mistakes. For the same reason, developers have pushed back the final merger date year after year, running one test after another.

The next most-profitable coin to mine on the Ethash algorithm is ETC. The migration of miners will add to the network's credibility and attractiveness as a base blockchain for young crypto projects.

On 14 July, Ethereum developer Tim Beiko proposed that 19 September be adopted as a tentative date for the merger, with the rest of the conference participants supporting him. In a fortnight, ETC's price has increased 2.5 times, and the network's hash rate has jumped by 22%.