Ethereum overtakes Bitcoin in 2022 due to the September 'Merge'

The cryptocurrency community is preparing for a grandiose event: the departure of the leading altcoin from miners in favour of validators. After developers approved September as the closest date for the move, Ethereum jumped 65% in 30 days and surpassed Bitcoin in terms of growth in 2022.

In the derivatives market, open interest in Ethereum has overtaken Bitcoin for the first time in history, and derivatives traders are betting on the altcoin rising to at least $2,200. 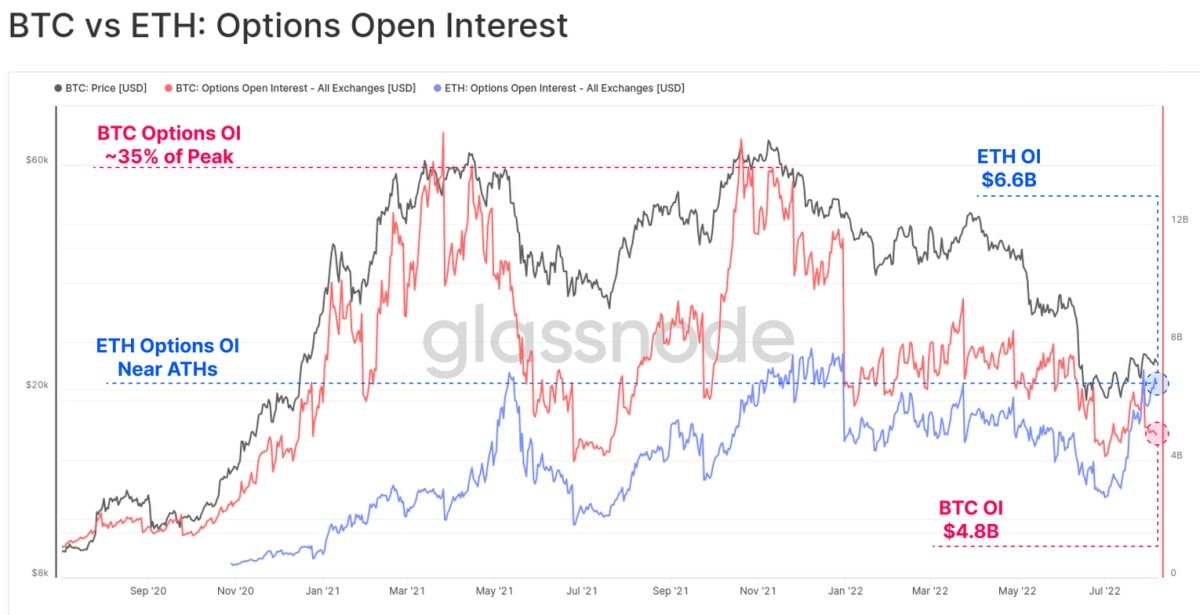 The transition from the PoW (Proof-of-Work) algorithm to a PoS (Proof-of-Ownership) algorithm is called 'The Merge' because all key network parameters will be moved to the test chain that is being developed in parallel.

To stimulate the merge, a difficulty bomb will be activated in the PoW chain, causing it to die off naturally. The difficulty bomb exponentially increases the complexity of mining, making it increasingly less profitable.

Miners will have to migrate to other networks to generate earnings, such as Ethereum Classic. However, not everyone agrees with such a role. For example, Chandler Guo, a major Chinese miner, suggested they could clone Ethereum by creating the ETHPOW token. Some crypto exchanges have already supported this idea by issuing relevant futures. These include Poloniex, MEXC and BitMEX, while Binance has said that it may support the fork.

ETHPOW only has a chance if it is picked up by a sizeable share of miners. Many people doubt the expediency of further forking chains since there is already a parent chain on PoW, Ethereum Classic. In addition, the leading stablecoin operators, Tether and Circle, have officially announced that they'll only support the PoS chain. 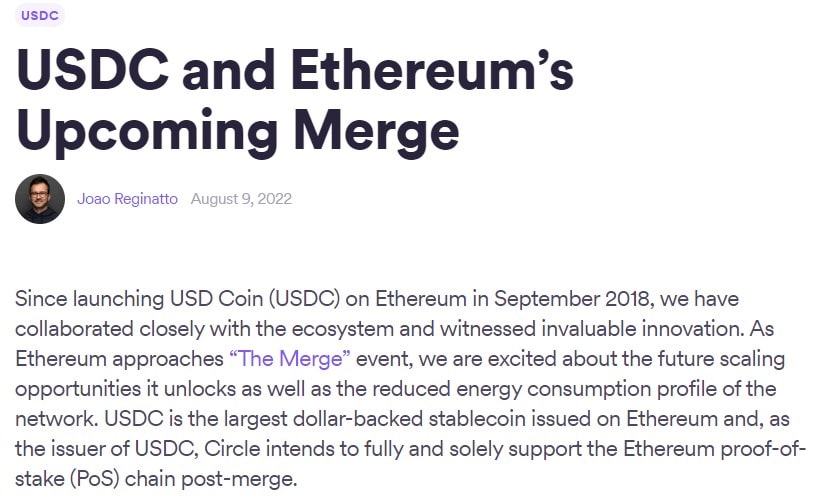 Despite the imminent suspension of mining, miners are in no hurry to leave Ethereum. Thanks to the latest price increase, mining yields rose from $0.014 per MH/s in July to $0.028 per MH/s in mid-August. For example, Bitmain's latest E9 generates about $65 per day in revenue and reaches self-sufficiency in 6-8 months.

Developers have designated 19 September as the soft deadline for the transition to PoS. If all goes well, Ethereum will continue to strengthen against Bitcoin.