Gamers' complaints about the high price of GPUs have been heard. First, NVIDIA tried to limit the computing power of its units for finding the right hash function. Later, it released a specialised unit for mining called a crypto-mining processor or CMP. But the stunt didn't work; CMP sales plummeted.

The CMPs were intended to replace the GPUs from the RTX 30 series, which outperform all other GPUs in terms of Ethereum mining profitability. When the top RTX 3090 was released in Autumn 2020, it could pay for itself in four months, and Ethereum's skyrocketing price would fire up investment interest in graphic cards. 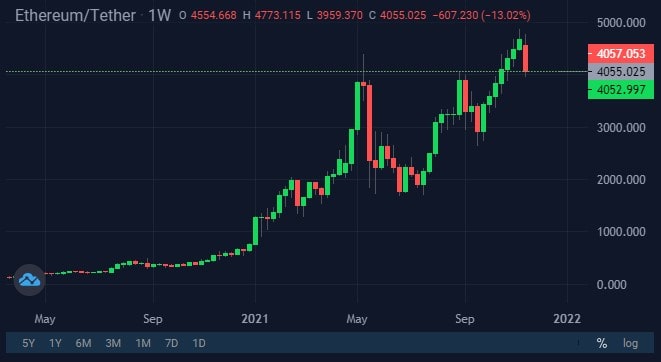 The programme limit put on computing power didn't work because cryptocurrency miners found a way to bypass it. Then, in early 2021, NVIDIA released its CMPs, which are a downsized version of graphic cards without a video output. Sales crashed because these processors didn't solve the chip shortage problem, and miners didn't buy want to a small discount in exchange for the loss of universality.

What's worse, CMPs turned out to be less effective. Even though they use the same amount of energy, the top 90HX model produces 86 Mh/s, while the RTX 3090 produces 121 Mh/s. A CMP is 30% cheaper than an RTX, but they both have a similar ROI period of about 18 months. This means that, as mining difficulty goes up, CMPs will retire sooner, while RTXs will still deliver profit. On top of that, you can start using RTXs for their main purpose.

It comes as no surprise that the CMP sales fell by 60% in the third quarter and that the company is forecasting a further slump in demand. If you take the total volume of the CMPs sold from the sales of graphic cards, they make up only 3% or $526 million out of a $19.3 billion market.

The company tried its best to decrease the shortage of graphic cards caused by cryptocurrency mining but experienced a fiasco. NVIDIA's chief financial officer, Colette Kress, stated that the company doesn't know how much demand for its products comes from the cryptocurrency market. Nonetheless, the sales of graphics cards have increased by 50% compared to Q3 2020, and sales total $3.2 billion.