Another Four Countries to Accept Bitcoin as Legal Tender

The imbalance of the modern financial system, the hegemony of the US dollar and the dubious policy of the US Federal Reserve are forcing developing countries to look for their own special monetary paths. According to BitMEX CEO Alexander Hoeptner, by the end of next year, there will already be five countries in the world that have Bitcoin as their official currency.

Inflation is the main problem developing countries are facing right now. They’re exporting energy resources and agricultural goods to foreign markets, but larger volumes of goods with high added value must be imported. To finance large projects, these countries are forced to take loans primarily denominated in US dollars. At the same time, the market nature of the economy opens the door to international business, which squeezes out local producers and encourages capital flight. All this leads to an increase in prices in the domestic market and depreciation of the national currency. 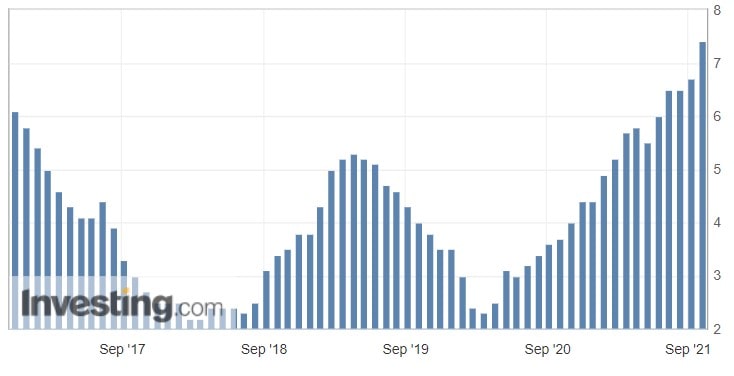 For example, while Russia’s official inflation rate is already 7.4%, the Central Bank of the Russian Federation continues to buy foreign currency worth 300 billion roubles every month, and prices in the domestic market are growing due to the active sale of products abroad. The price for timber has increased by more than 60% since the start of the year, and the volume of housing construction has risenby 30%.

This year, the most active importer of building materials is the United States, where lumber futures have increased fivefold. The Fed has printed more than $4 trillion this year, causing a booming economic recovery and heightened demand for a range of products. The problem here is that this money will primarily push up inflation in developing countries, which is why the IMF’s 2021 inflation forecast for developed countries is 2.4%, while inflation has already reached 5.4% for developing countries.

In search of income, residents of developing countries emigrate to Europe and the United States and regularly send a part of their income home. According to the World Bank, countries with low and medium GDPs receive 75% of total global remittances. However, payment systems still retain high commissions, taking up to 10% of the transfer amount.

As the president of El Salvador says, the recognition of Bitcoin as the official currency is an effective way to reduce commission costs for and the financial burden on his country’s citizens. At the end of 2019, remittances to El Salvador amounted to 20% of GDP, or $6 billion.

World inflation is accelerating, and a number of developing countries are already experiencing it to the max. For example, Turkey’s inflation rate has reached 20% again. Unfortunately, political motives often outweigh economic ones, so Turks have been banned from making/receiving any payments in Bitcoin. However, with the rise in prices, we’ll see more countries going the path of El Salvador and recognising Bitcoin as a national currency.

14 Oct, 2021
Within 2 years, Bitcoin Cash has proven to be a good investment, ranking 18th among all cryptocurrencies by market capitalisation, according to CoinMarketCap.