Over 8,000 wallets are compromised, with cumulative losses exceeding $8 million. Users are advised to transfer funds to a cold wallet and not to click on suspicious links. SOL has dropped 7% in 10 hours, and the attack continues.

At this point, it's unclear exactly how the attacker did it. Users on social media report that the Phantom and Slope hot wallets are especially at risk. A hacker was able to sign transactions on behalf of the owners, possibly resulting from an attack on the supply chain of a trusted third-party service.

The Phantom team says that the problem is unlikely to be related to the security of their wallet. 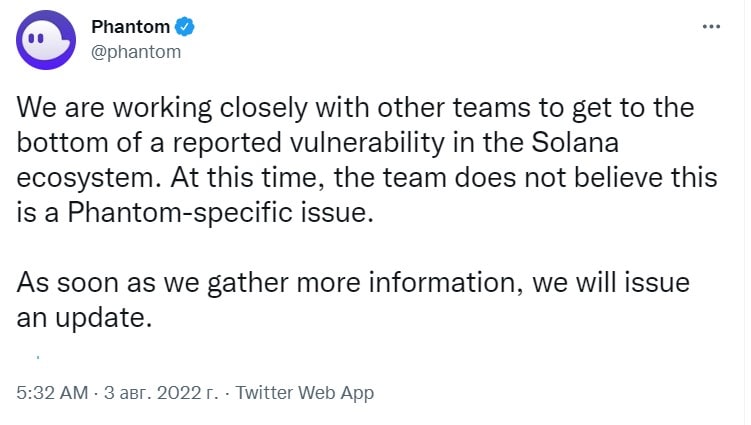 A user nicknamed Paladin points out that the problem is either related to Phantom or the popular NFT marketplace Magic Eden, which is also on Solana. The attacker withdrew $6 million in the first 10 minutes, with the largest loss from one address reaching $500k in USDC.

Another user nicknamed ZachXBT said the attack was planned, as the associated wallet remained idle for 7 months after initial funding. 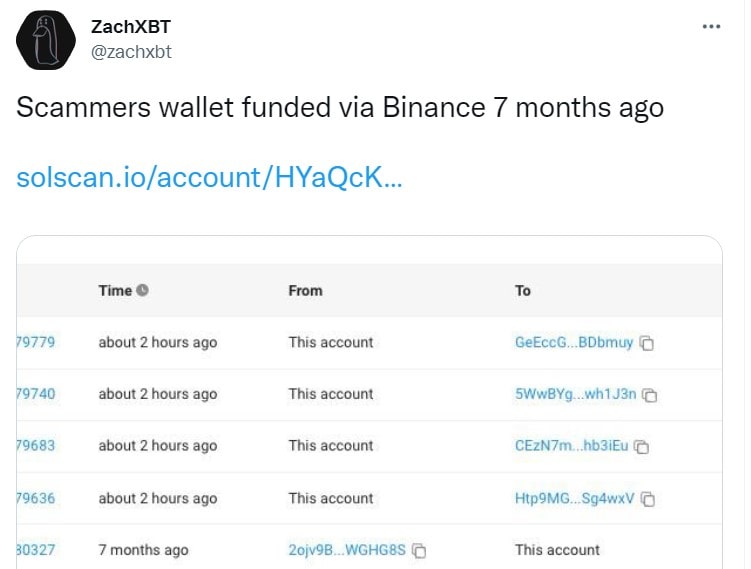 As there has been no official response so far, one can only speculate as to how the breach occurred. The overall situation for the Ethereum Killer is negative, especially with the discovery of a vulnerability in the popular Phantom wallet. 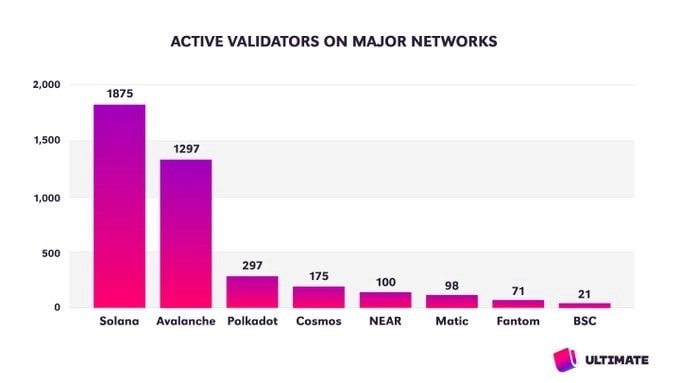 Some analytical agencies consider Solana to be the most decentralised of its peers, but following frequent failures and the recent hacks the network could drop out of the top 10.