For any state currency, leading growth factors are a strong national economy, high demand for goods from abroad, international authority and the confidence of its citizens in the future of the country. The future of decentralised currency Bitcoin is not dependent on national ties, which is why the key driving force behind its growth is the faith of the community, propagation rate and crypto adoption.

Since Bitcoin is recognised as a store of value by most analytical agencies, one of its key metrics is coin accumulation. The more people believe in future price growth, the more they will actively hold Bitcoin in their wallets. According to the latest data from Glassnode, the share of coins that have not moved in one year or more exceeds 60%. 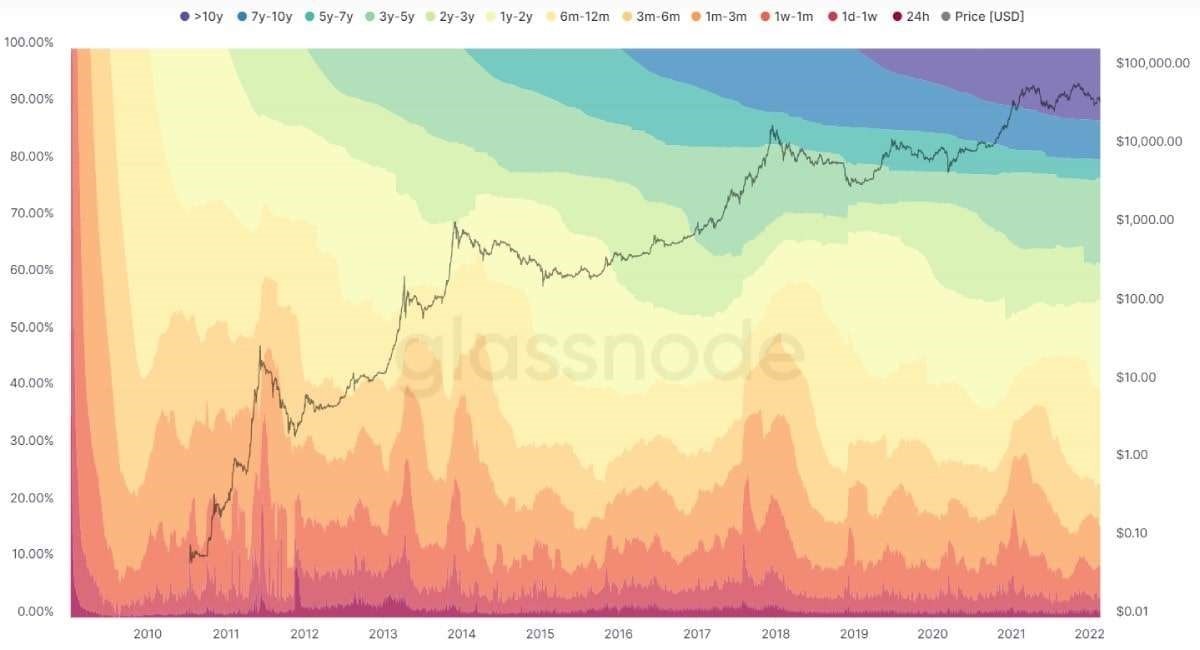 The longer coins remain motionless, the duller the colours used to show them on the chart are. Every subsequent correction (i.e., the sell-offs of 2018 or 2021) causes a reduced supply flow to cryptocurrency exchanges since fewer and fewer coins are changing hands. Mining is still going on, but 90% of all coins have already been mined.

Due to the overwhelming HODLer sentiment, crypto exchanges are seeing capital outflows of 42,900 BTC per month. 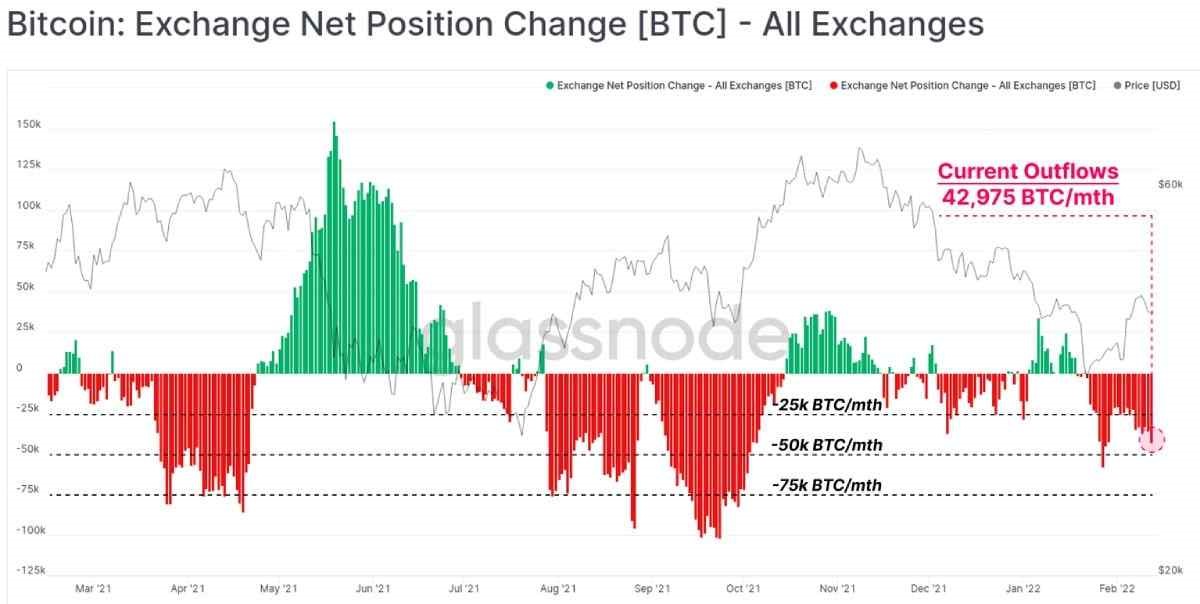 However, accumulation and faith in a bright future alone are not sufficient to turn the tide from correction to growth. Investors have been presented with several challenges in 2022: monetary tightening from the world's biggest regulators, an escalation of the conflict on the Russia-Ukraine border and rising inflation across the globe.

And the data suggest that an exit from the current correction is unlikely. As such, Peter Brandt projects that Bitcoin will hit a new all-time high in the next 21 to 40 months. 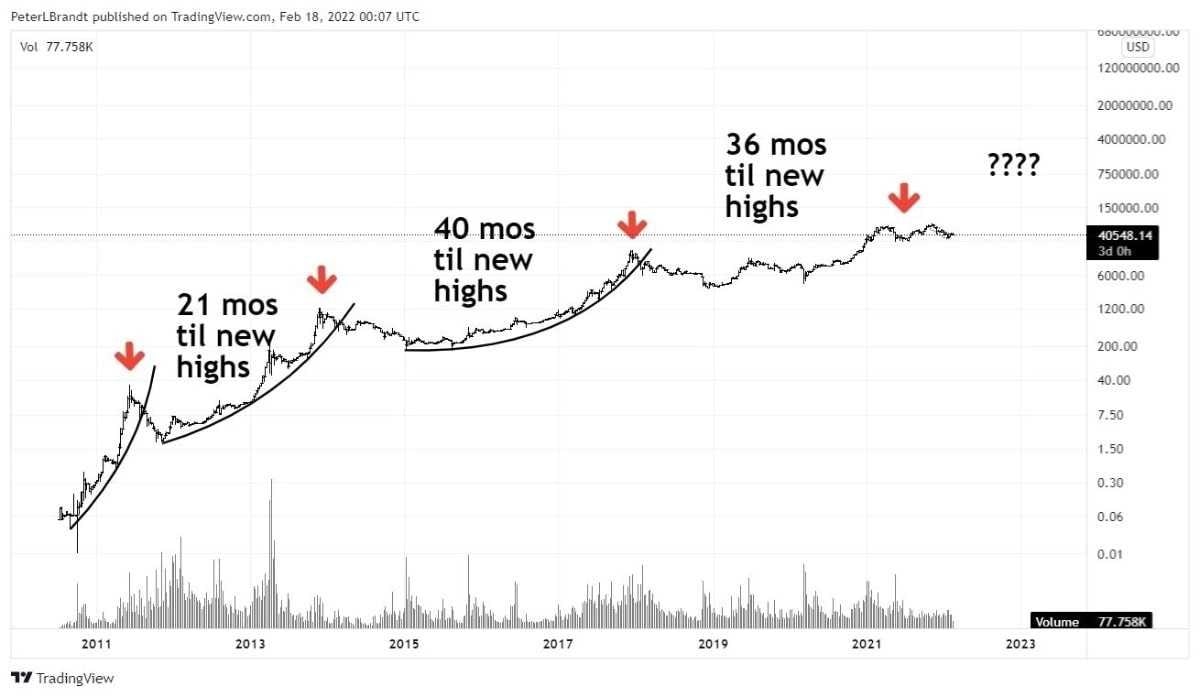 If Brandt is correct, we won't see a new all-time high before August 2023.

Is the supercharged NuMiner 440 ASIC an investor illusion?

22 Feb, 2022
On 3 February, Sphere 3D announced it was buying a new fleet of highly efficient NM440 ASICs for $1.7 billion. After this information was released, the company's share price shot up 40%.
Next article