The dollar's worth has fallen 30-fold since the Fed's creation

According to the American Enterprise Institute, from 1913 through 2017, the US dollar lost 96% of its purchasing power. In other words, in 1913, $1 could buy 30 Hershey's chocolate bars, and in 1944, it could buy 20 bottles of Coca-Cola. Now, the average American can use this same amount to only buy a small cup of coffee at McDonald's. 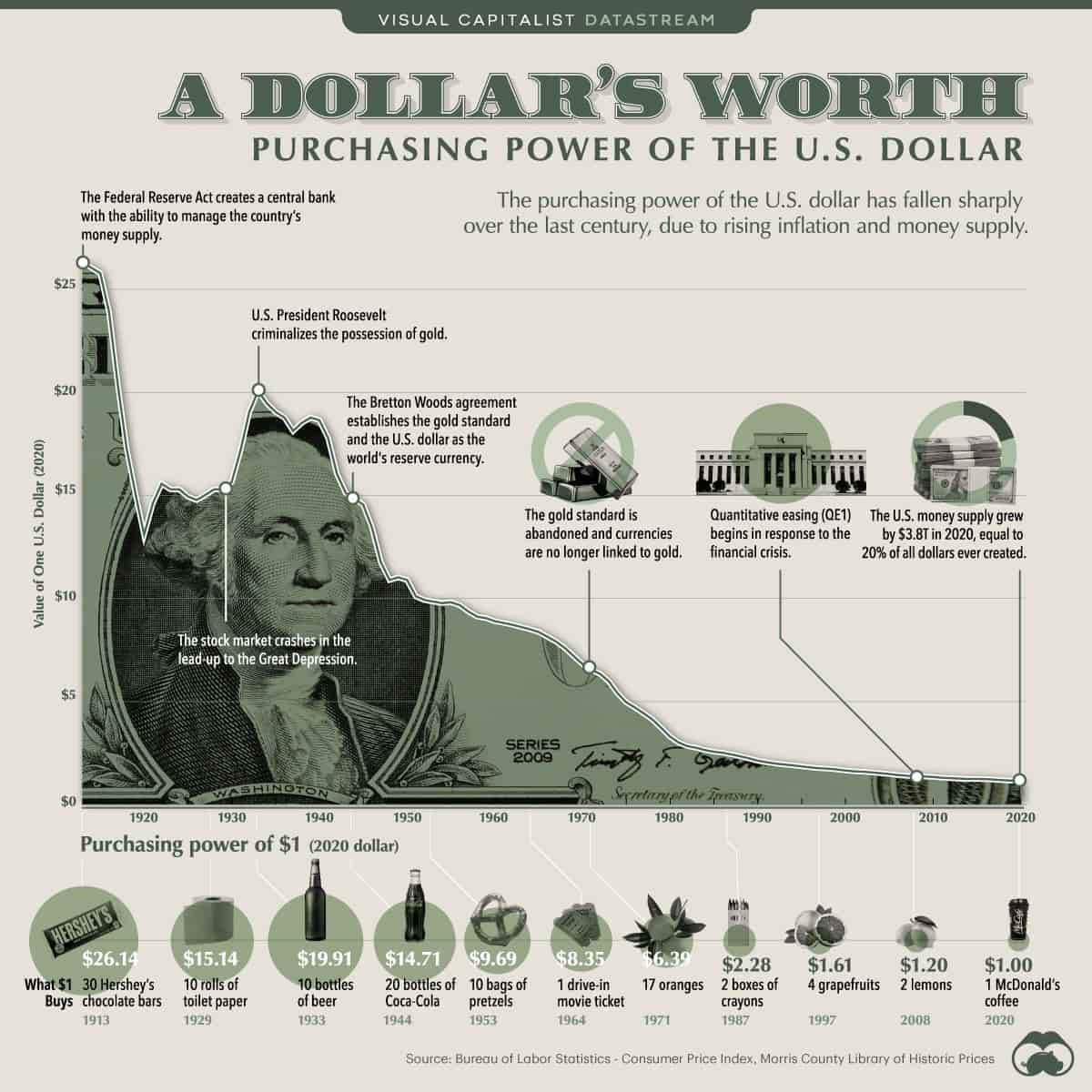 The situation is typical for an economy where the money supply growth rate outstrips GDP growth. It is exacerbated further by exorbitant government spending, which increases the size and cost of servicing government debt.

During the 2007-2008 global financial crisis, the Federal Reserve significantly increased its balance with an ultrasoft monetary policy. 'Cheap' dollars gave the economy the push it needed, and Americans fairly quickly forgot about the crisis.

However, the regulator was unable to unload its balance sheet in the subsequent 13-year growth cycle to prepare for the next downturn. At the same time, the pace of assistance was staggeringly large. In the first two years of the Covid-19 pandemic, 35% of all US dollars were printed, and the Fed's balance sheet grew from $4 trillion to $9 trillion.

Fed Chairman Jerome Powell has already acknowledged that the situation has spun out of control since the regulator incorrectly interpreted inflationary risks. In an effort to correct the situation, the Fed raised its key interest rate at the fastest pace in modern history. 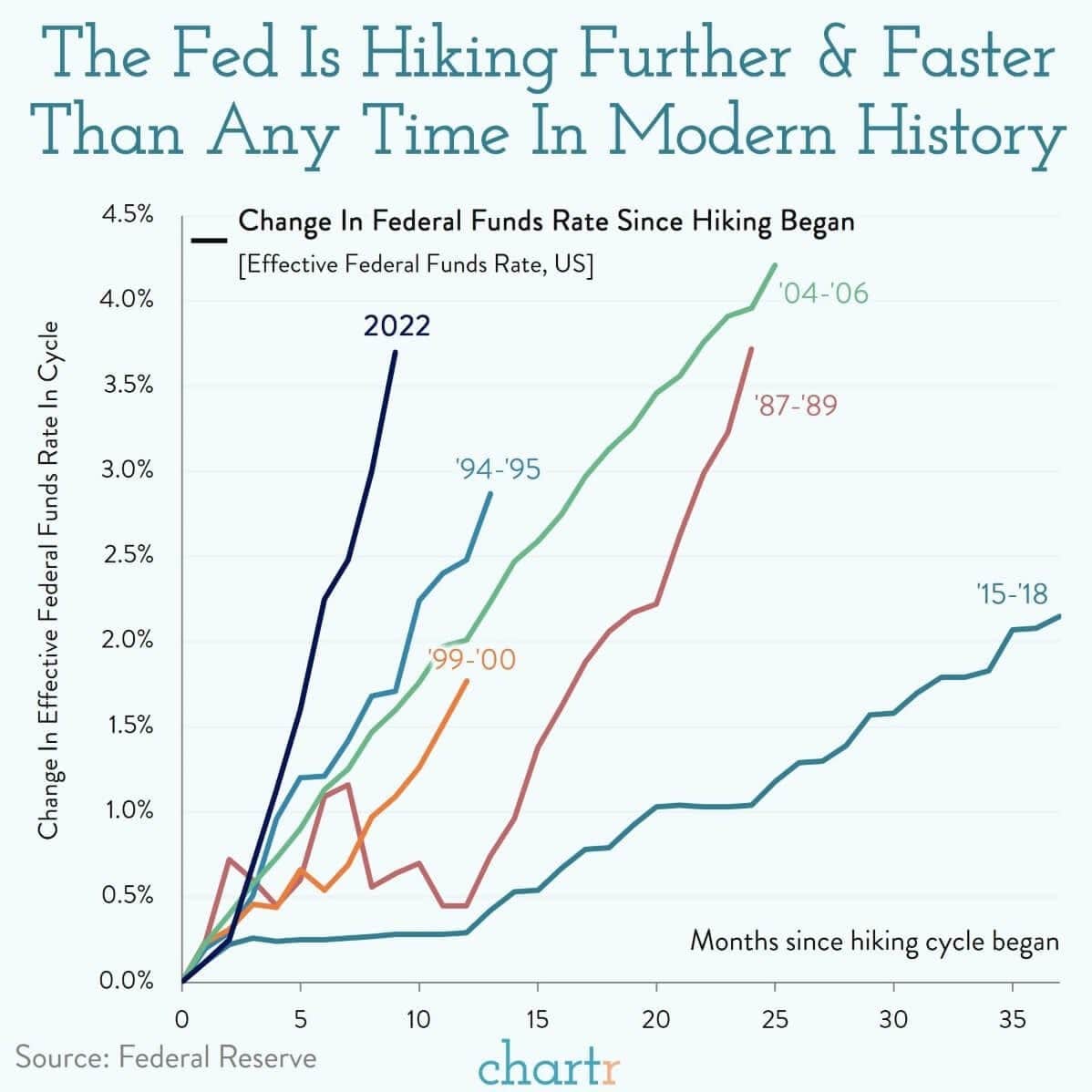 Businesspeople have already spoken out to criticise the regulator, as the high interest rate has made borrowing more expensive, and the housing sector saw a significant drop in demand for real estate after the price rally in 2020-2021. Elon Musk once again called on the Fed to back down. Otherwise, he claimed, the last cycle could go down in history as the most destructive.

Recent events have put the Fed's weak ability to analyse and manage risks on full display. As soon as the Fed backs down (and it will have to do so despite relatively high inflation), the dollar's purchasing power will begin declining again. The economist Friedrich von Hayek opined that since there is no hope for a rational monetary policy from the government, it follows that the government must be stripped of its monopolistic right to issue money.

This alternative comes in the form of Bitcoin, a decentralised cryptocurrency independent of financial institutions. Critics use its latest drop to argue that it's not up to the challenge, but the reason lies in the dishonest interests of individual participants. It recently turned out that in the first few years of FTX's existence, its management used client funds to meet their personal needs. The collapse of the third-most-visited crypto exchange couldn't help but cast a shadow over the industry as a whole.

However, Bitcoin itself has not lost its significance. Its degree of decentralisation (as expressed in total network capacity) has only increased over the past year. Furthermore, its issuance is severely limited and is aimed at reducing the number of new coins entering circulation. If 13 years ago, you needed 10,000 BTC to buy one pizza, now, 1 BTC could buy a whole pizzeria!