The bankruptcy of the third-most-visited crypto exchange left a mark on everything related to cryptocurrencies. That said, blockchain games are showing enviable stability, which speaks to the demand for the industry.

According to data from DappRadar, in September and October, gameplay expressed in the number of daily unique active wallets (dUAW) was 912,000. In November, this figure dropped by 12% to 801,000. 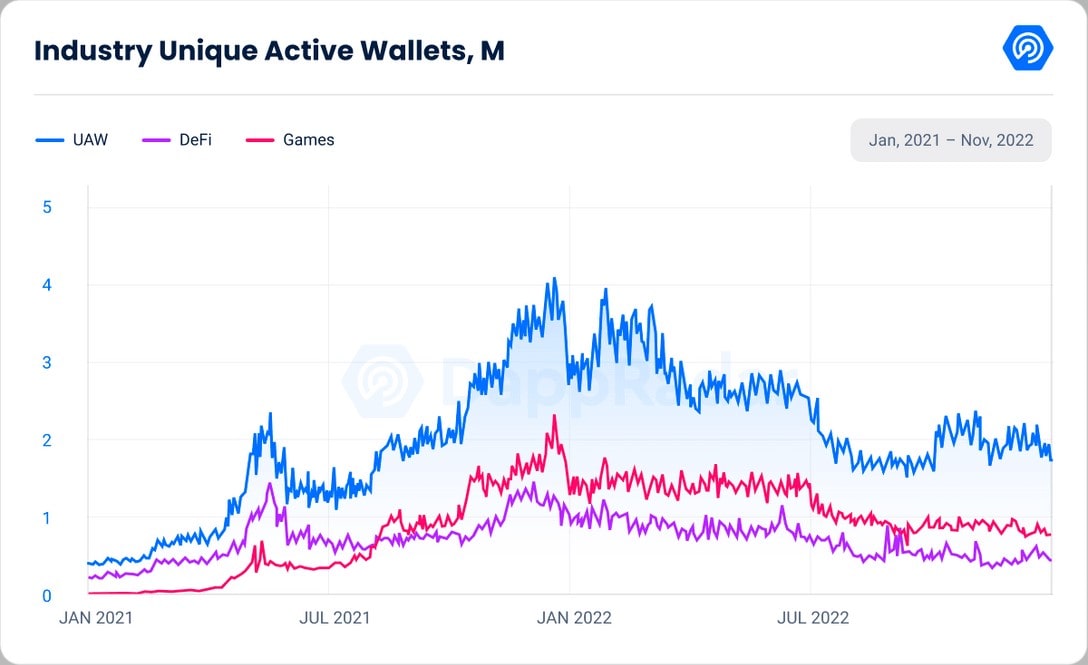 Among blockchains, Wax stands out; it has seen a rise in dUAW for three months in a row. In November, its client base grew by 4.5% to 344,000 wallets. The amazing numbers are due to the top game Alien Worlds.

The poorest result was from Solana, which is closely associated with FTX's investment plans.

The network's total losses are estimated to be $190 million stored in SRM and FTT tokens on the crypto exchange. The joint project Serum completely died. The collapse of Solana led to users and investors fleeing related projects, and games were no exception. 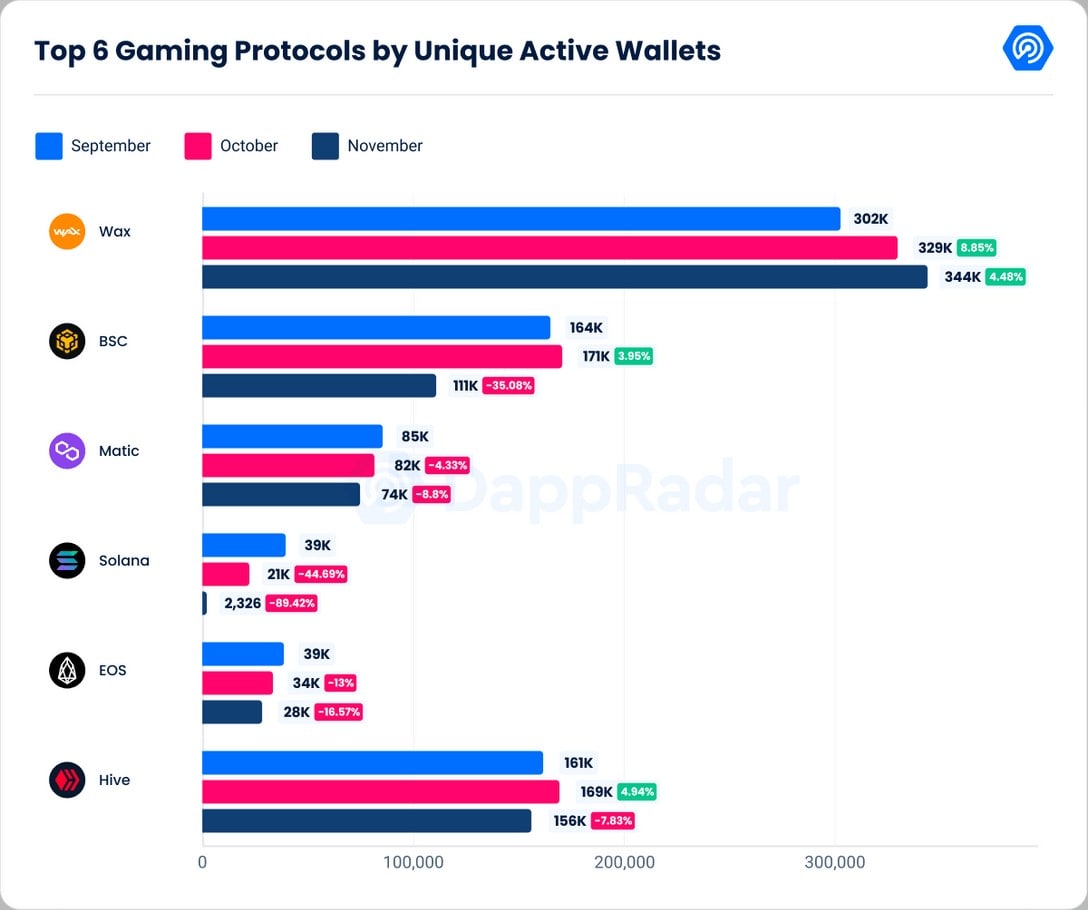 And if games showed a slight decline overall, then virtual worlds saw a true decline. Trading volume collapsed in November by 30%, reaching levels not seen since June 2021. The number of trades fell even more strongly over the course of the month, dropping by 48% to 10,919. The negative movement was seen in all popular apps, including Decentraland and Otherside. 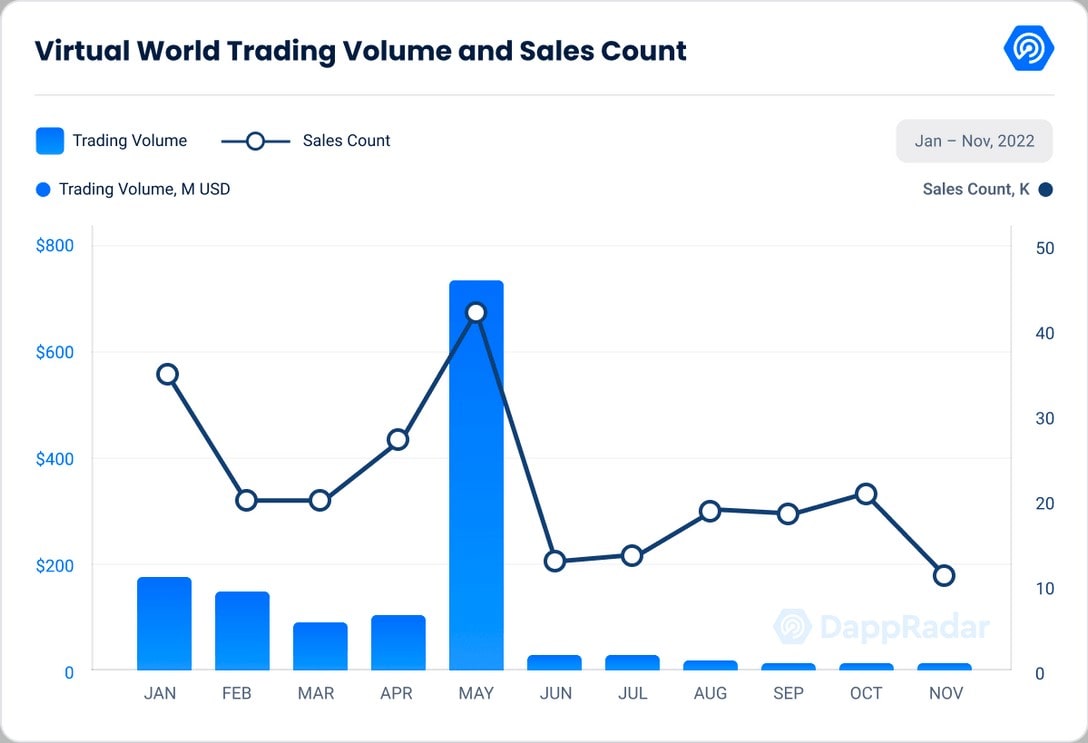 Games provide more interaction between users, so the decline in this category is less noticeable. Virtual worlds are primarily an investment product, as a result of which the general contraction of the crypto economy is having such a depressing effect on them. 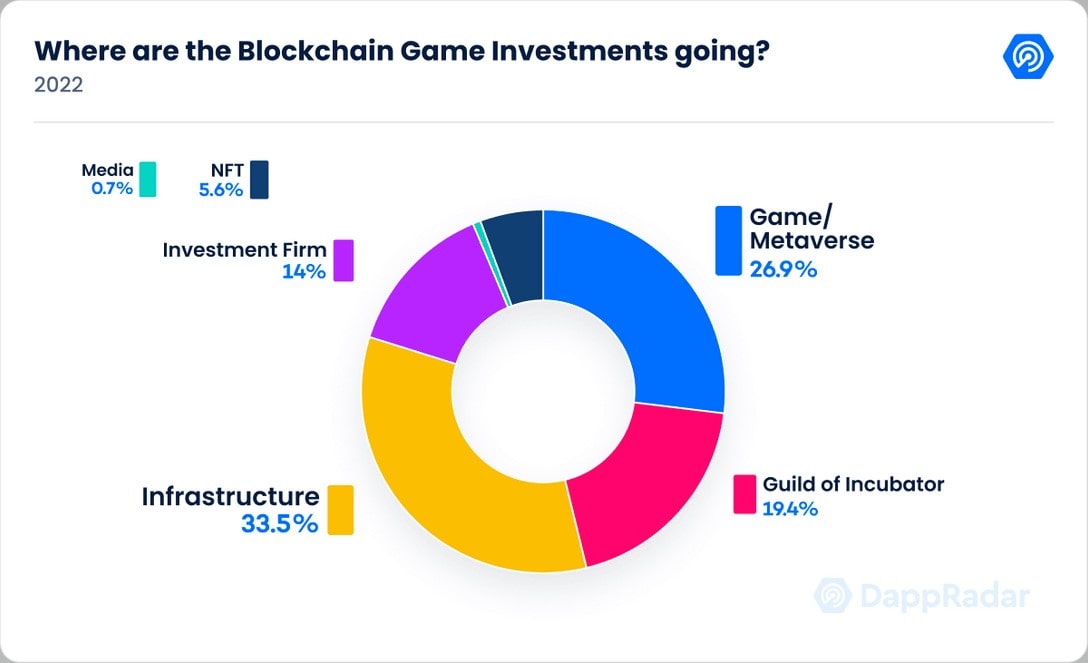 These trends are also reflected in investor preferences by category. In 2022, games raised twice as much development funds as financial platforms. It's clear that after the end of the general decline, the gaming sector will become one of the growth drivers for the cryptocurrency market.