The bankruptcy of the third-most-visited cryptocurrency exchange, its partners' lack of liquidity and the risk of selling Grayscale, the largest fund with 643,572 BTC in stock, have led to a new panic attack among crypto investors. This time, even Bitcoin's most ardent supporters, long-term holders (LTH), have flinched.

LTH usually demonstrate the most intelligent approach, ramping up their sales as the market rises and hoarding coins during significant corrections. However, recent events have taken the ground out from under them, with coins over 3 months old making up 4% of BTC sales last week.

If we look at coins that have been inactive for six months or more, their sale would turn out to be the fifth largest in the last five years. On average, it saw daily trading of over 50,000 BTC. The peak was on 17 November at 130,600 BTC.

A total of 254,000 BTC over six months old have been sold since FTX collapsed. The last time LTHs showed such activity was during the 2021 rally, confirming atypical behaviour due to a panic attack.

But where some are scared, others see opportunities. Institutional investors increased their investments in the short Bitcoin ETF (profits are generated when the price falls) by $18.4 million over the course of the week. The balance (the difference between investments in growth and asset decline) turned record negative, reaching -$4.3 million. 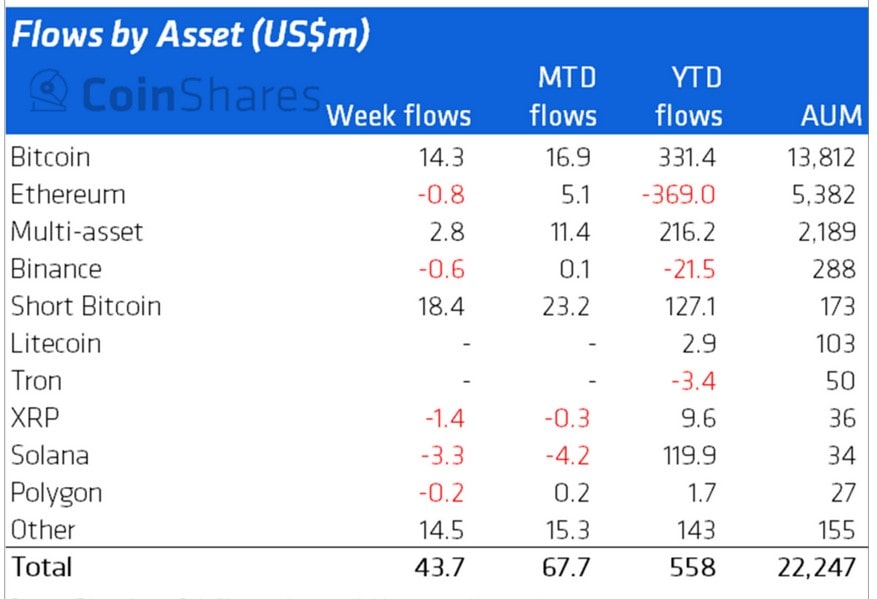 Professional market participants agree that Bitcoin can expect another wave of declines. JPMorgan estimates that the chain reaction of liquidations triggered by the FTX crash will lead to further sell-offs in stocks, with Bitcoin dropping to $13,000.