Miners sell off Bitcoin reserves at a record rate

In Bitcoin's current rise, miners have found a great opportunity to dump reserves, with some big players choosing to get rid of all their coins. Fewer crypto miners remain committed to holding out, fearing a repeat of the steep 2022 crash.

After Terra collapsed last May and Bitcoin fell below $30,000, miners saw a significant decline in mining profitability, the negatives of which were amplified by their loan commitments. Because of this, the vast majority of players gave up on the idea of hodling and transitioned to reducing their reserves. With the exception of August, month after month, public miners were dumping more coins on the market than they were generating. 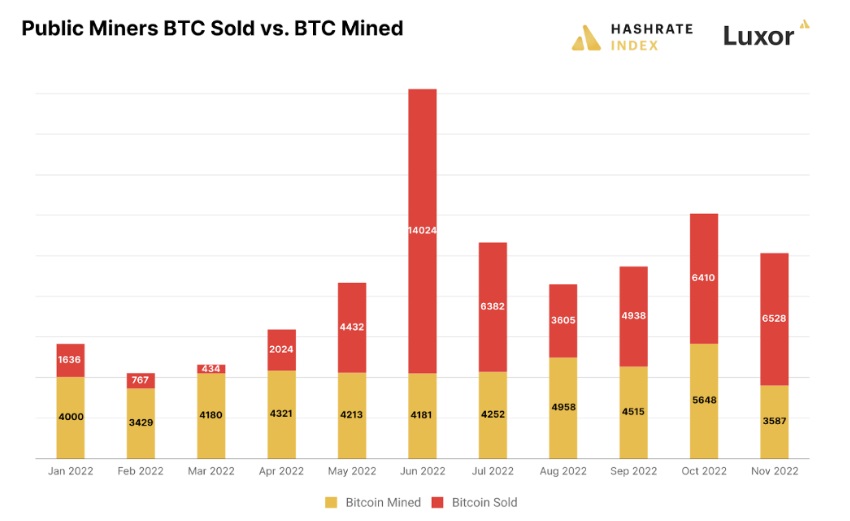 Some crypto miners had to sell off ASICs to stay in business during such a difficult period. Others found a way out with new loans, while some had to declare bankruptcy. Bitcoin's 30% price increase in the first 10 days of 2023 was seen by many as a godsend.

At the same time, they've reduced their holdings at a record pace over the past two years, bringing the total to 1.84 million BTC. That level was last seen in November 2021. 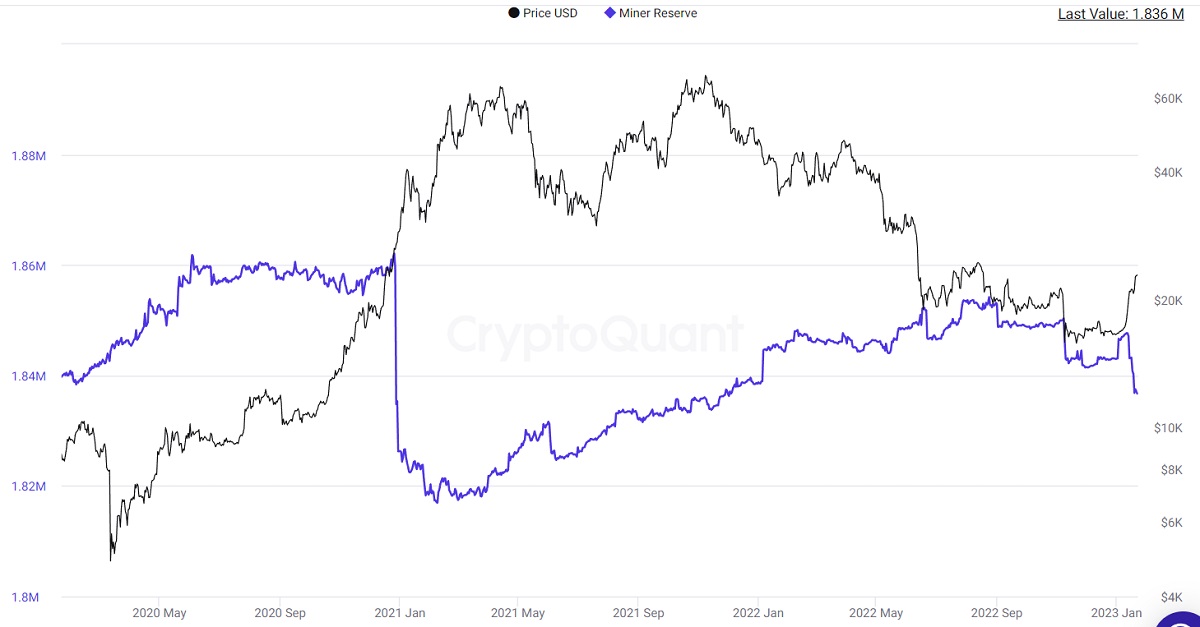 A high level of indebtedness is among the reasons for miners' distress. Industry leader Core Scientific ran up to $1.8 billion in total debt last year and was forced to initiate bankruptcy proceedings. Companies that are more cautious in their financial strategies found the 2022 challenge to be an excellent opportunity to expand their business and buy ASICs at 80% and 85% cheaper.

This explains both the increase in mining difficulty to new records and the gap between the rise in yields from the rise in prices.. 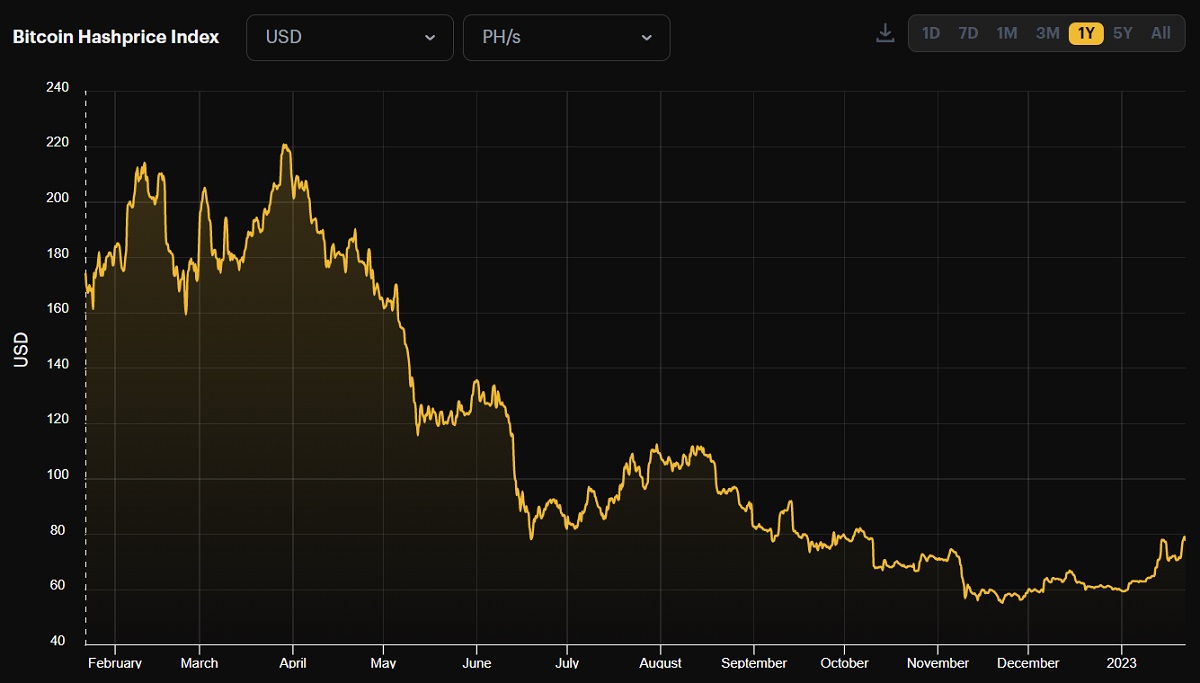 Since 2022 has greatly increased the stakes in the competition for every dollar from the capacity hash, some participants have decided not to test their fate further, instead opting to take advantage of the current market upturn. For example, the 1Thash pool has almost stopped mining coins. It sent the leftovers to a cryptocurrency exchange in the last three days. A total of 5,732 BTC worth $131 million was transferred. Miners usually transfer coins to cryptocurrency exchanges to then be sold.

The ongoing challenges in the mining market will further reduce miners' reserves. In the absence of a significant positive environment, a strong increase in supply on the market could not only stop growth but also lead to a reversal of the emerging trend.

23 Jan, 2023
Experts from Uniswap, the largest decentralised protocol by turnover, and economists from Circle prepared a
Next article