Experts from Uniswap, the largest decentralised protocol by turnover, and economists from Circle prepared a report comparing traditional international bank payments with the alternative proposed by the DeFi sector. Cryptocurrencies not only provide a faster and cheaper solution to the problem but also reduce a number of associated risks.

The foreign exchange market processes around $7 trillion every day. Despite stable operations, around a third of all daily transfers risk not being delivered due to the complexity of the correspondent settlement model and the long chain of intermediaries. The Bank for International Settlements estimates that this amount has risen from $1.9 trillion in 2019 to $2.2 trillion in 2022.

Settlement risk was dramatically demonstrated in 1974 with the closure of Bankhaus Herstatt. Because a number of payments stalled, it resulted in related transactions not being executed. Three days later, the payment system's turnover in New York had dropped by 60%. Read more in the note "Herstatt Risk".

An exchange done in a cryptocurrency through smart contracts lacks the bundle of disadvantages in the traditional system. There's no need to be linked to national payment systems, end users are at the centre of the transactions, messaging and settlement layers are unified, processes are more transparent, and there's no risk of market makers' manipulation. This is illustrated in the scheme below, where some participants use banks to transfer money from the US to Europe, and others use a decentralised exchange: 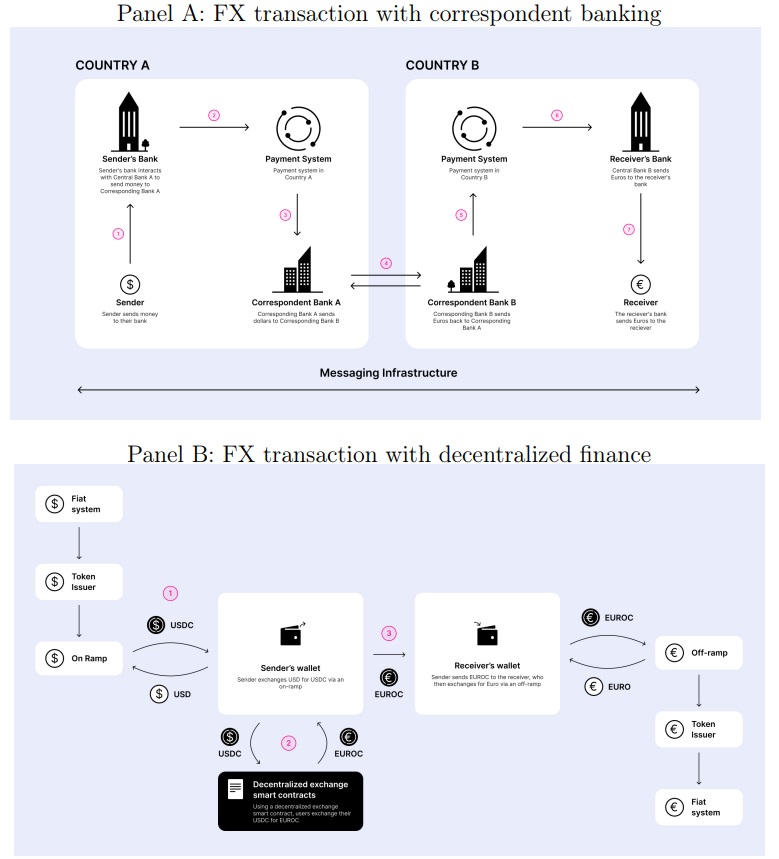 Despite much smaller volumes, the traditional currency market spread widening associated with the opening and closing of regional markets doesn't take place when exchanging stablecoins. The gap with the forex price averages between one and five pips and is driven by the liquidity pool commission. 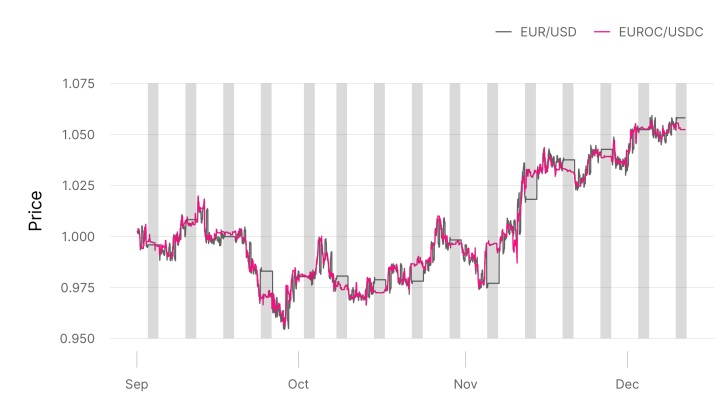 According to researchers' calculations, despite the higher cryptocurrency transfer fees, where charges also apply for depositing and withdrawing funds, savings in international transfers can reach 80%. This is due to the high fees charged by banks, which can amount to between 5% and 20% of the transfer amount for a similar service.

The problem is most critical for developing countries with a large number of migrant workers. In 2021, for example, the share of transfers in total GDP exceeded 20% in El Salvador, Lebanon and Honduras. Meanwhile, the total amount sent to low- and middle-income countries exceeds $500 billion. If cryptocurrencies were used, households could save up to $30 billion annually. 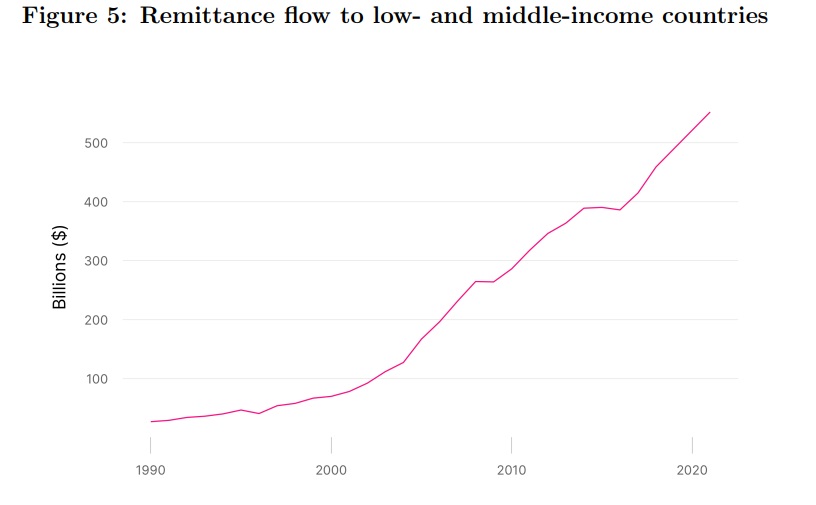 The DeFi sector can contribute significantly to reducing the costs of international transfers. The report's authors acknowledge that gaps in government regulation and the difficulties associated with securely storing cryptocurrencies are slowing the industry down. However, they're confident that further growth in the cryptocurrency market will increase the attractiveness of blockchain solutions.

After a pump-and-dump, FTX has only $0.7 billion of Solana left

20 Jan, 2023
Cryptocurrency financial fraud is one of the key allegations against Sam Bankman-Fried (SBF).
Next article