Despite the incredible pain crypto investors have faced in 2022, new signs of an upcoming turn for the market have emerged. The culmination point could be last week's record: Realised losses exceeded profits by 14 times. The indicator's extremes coincide perfectly with the price lows. 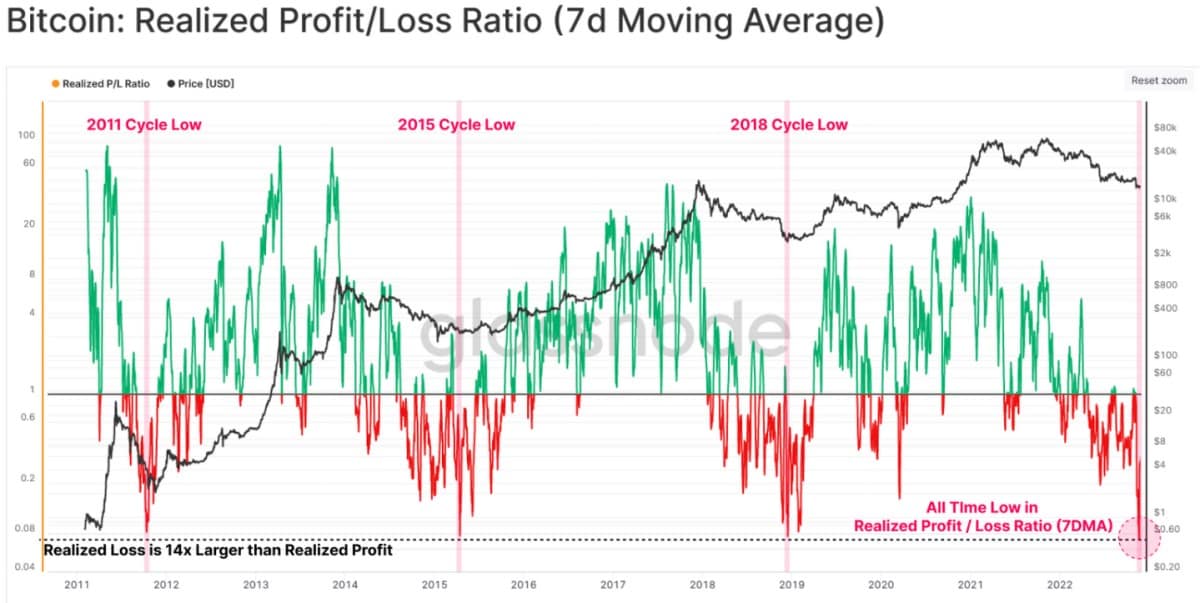 Another key point is the growth in online activity expressed by the ratio of the average monthly transaction fee to the average annual fee. As investment attractiveness falls, interest in Bitcoin and the number of trades decline, which is reflected in a reduction in blockchain-building income for miners. But fee increases have historically been a leading indicator of a shift in sentiment.

There was also a downside: Smaller players are primarily the ones showing interest, which is why the volume of funds continues to test local lows.

However, big capital is still ignoring the market, as this group of participants is keeping an eye on the Fed's monetary policy. In March 2020, the key rate was lowered to its lowest level, which boosted interest in risky assets.

In total, investors made $455 billion on Bitcoin during the cheap money cycle. At the end of 2021, the Fed announced an impending series of rate hikes. The market began to deflate, popping Terra-LUNA-UST, 3AC and FTX on the way down. This made things worse, and cumulative losses reached $213 billion. 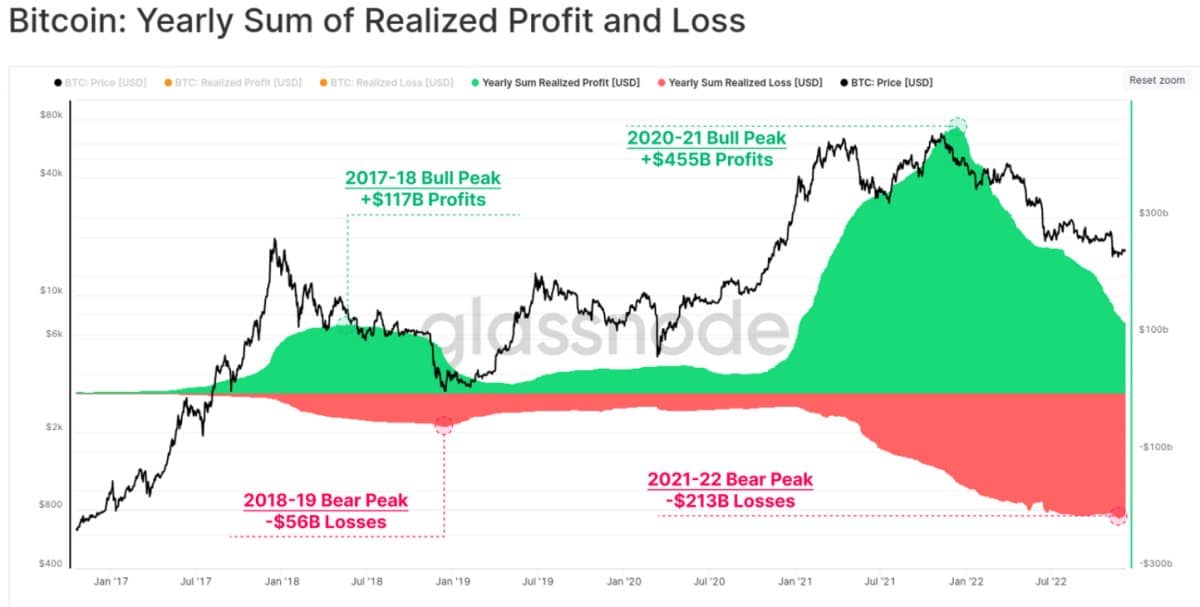 Now the situation is making another turn. Fed officials are using their statements to prepare the public for a reduction in the pace of rate hikes. Some economists suggest a complete withdrawal of further monetary policy tightening as soon as Q1 2023.