The crypto upheavals of 2022 revived talk of the imminent demise of Bitcoin. Obituaries were given for the cryptocurrency 27 times this year. JPMorgan CEO Jamie Dimon did another 180, this time calling Bitcoin a "decentralised Ponzi scheme". In 2018, Dimon expressed regret about his assessment of Bitcoin as "fraudulent in 2017. 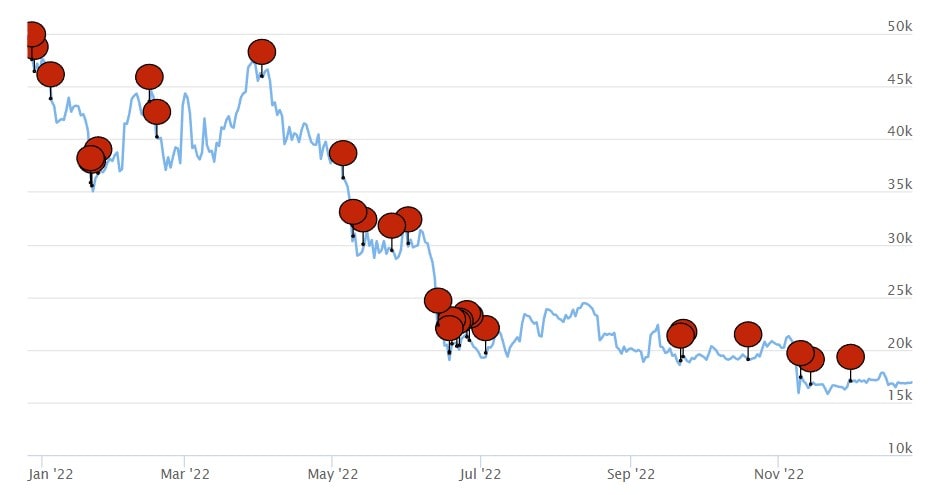 The market contraction this year has led to the bankruptcy of several crypto projects, most of which either were either overly wasteful with their investments or engaged in criminal activities from the start (see SEC v FTX).

The collapse of the third-most-visited crypto exchange accelerated the outflow of coins from centralised exchanges (CEX). The weekly indicator for this metric reached a record 142,800 BTC. The situation has now stabilised, and the rate of outflows has dropped to 9,400 BTC per week. 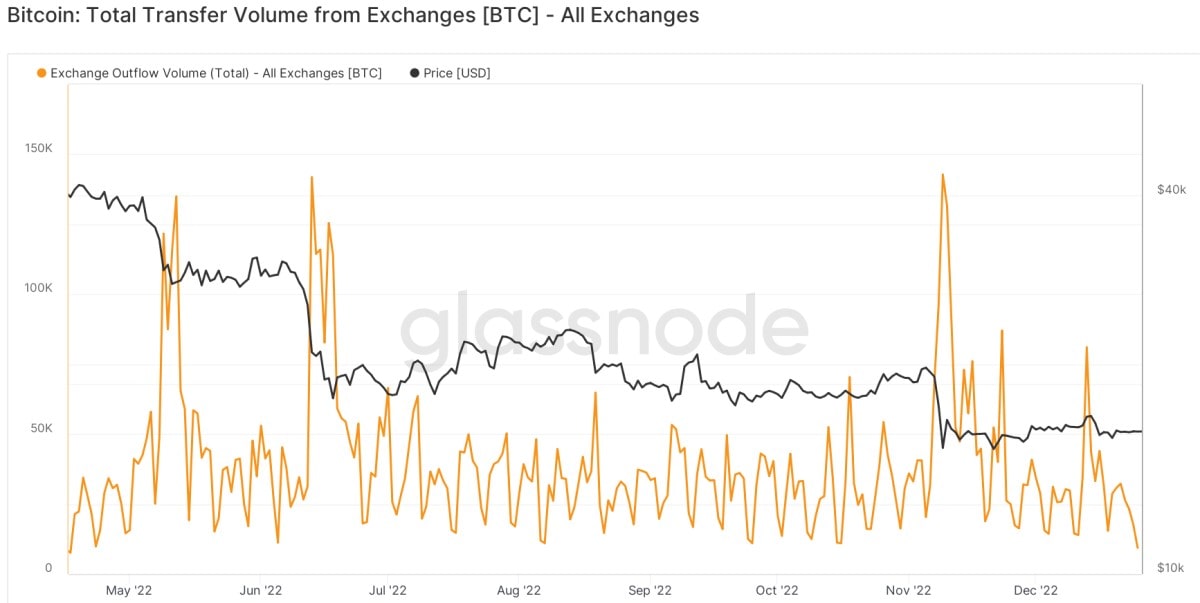 The breach of trust resulted in a 17% year-over-year decline in the total supply of coins on CEXs to 1.9 million BTC.

However, the decline in market participants' confidence in no way means there are similar sentiments about Bitcoin. Unlike Jamie Dimon, crypto users see a difference, which is manifested in the record growth of addresses accumulating the cryptocurrency.

Accumulating addresses include those that have received at least two transfers in the last seven years but have never been observed to withdraw funds. In the past 12 months, these addresses have risen by 18% to 793,600 (this metric does not include the wallets of miners or market operators). 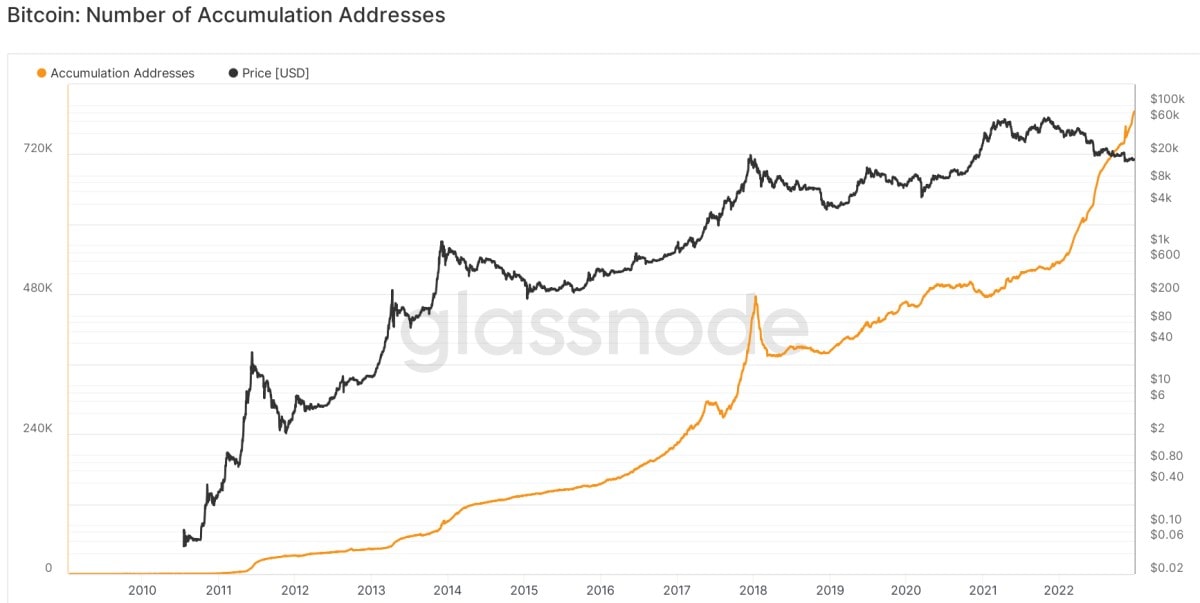 In the overall volume of funds, the accumulating addresses didn't set a new high, despite the continuous growth over the past four years. This suggests that the whales are gradually gathering reserves that are absorbed by less significant figures. This factor also testifies, to some degree, to Bitcoin's wider adoption and acceptance. 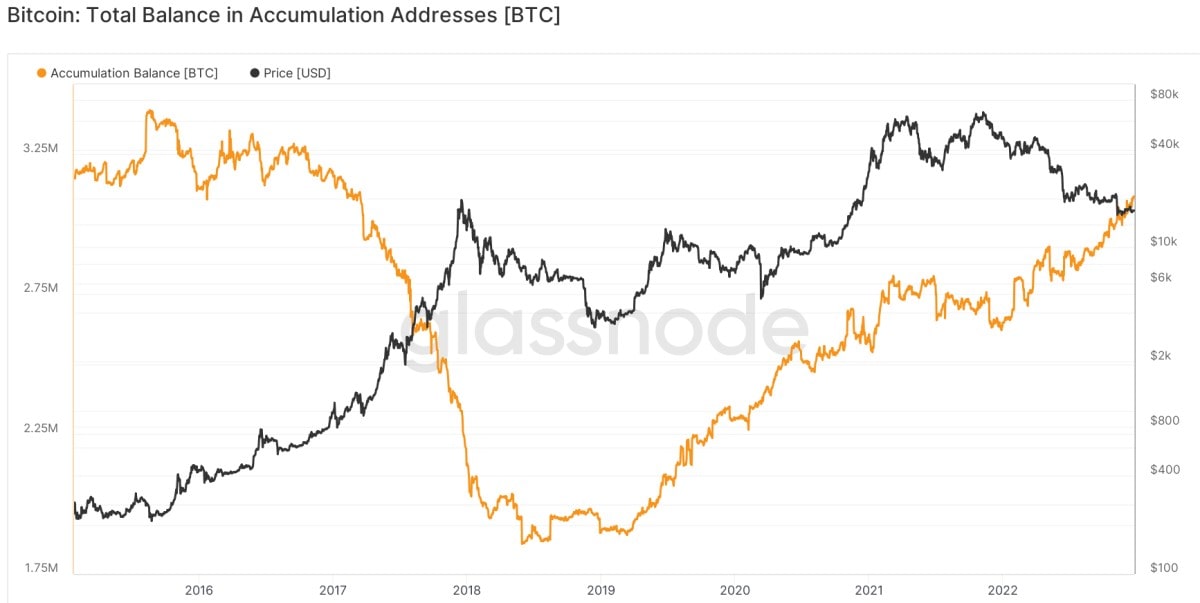 The year 2022 has led to a new wave of negative sentiment against cryptocurrencies, but behind the unsightly objective indicators, we can see increased interest in owning Bitcoin.