Hard times are here for miners, as Bitcoin has dropped by 70% from its all-time high, and the complexity of the calculations is only 3.1% below the record-high reached in May.

The cumulative yield from mining is now 65% lower than the annual average (the Puell Multiple). At the same time, the Bitmain Antminer S19 ASIC is performing 80% worse than it was in November, and the popular S9 model has completely lost its profitability.

As most mining companies increased their mining capacity by attracting investment, the industry crisis led to a drop in operating income. To cover the costs, public miners, which make up 20% of the global hashrate, have switched to actively selling Bitcoin.

According to estimates by the analytical agency Arcane Research, public miners sold more coins in May than they mined during the month. 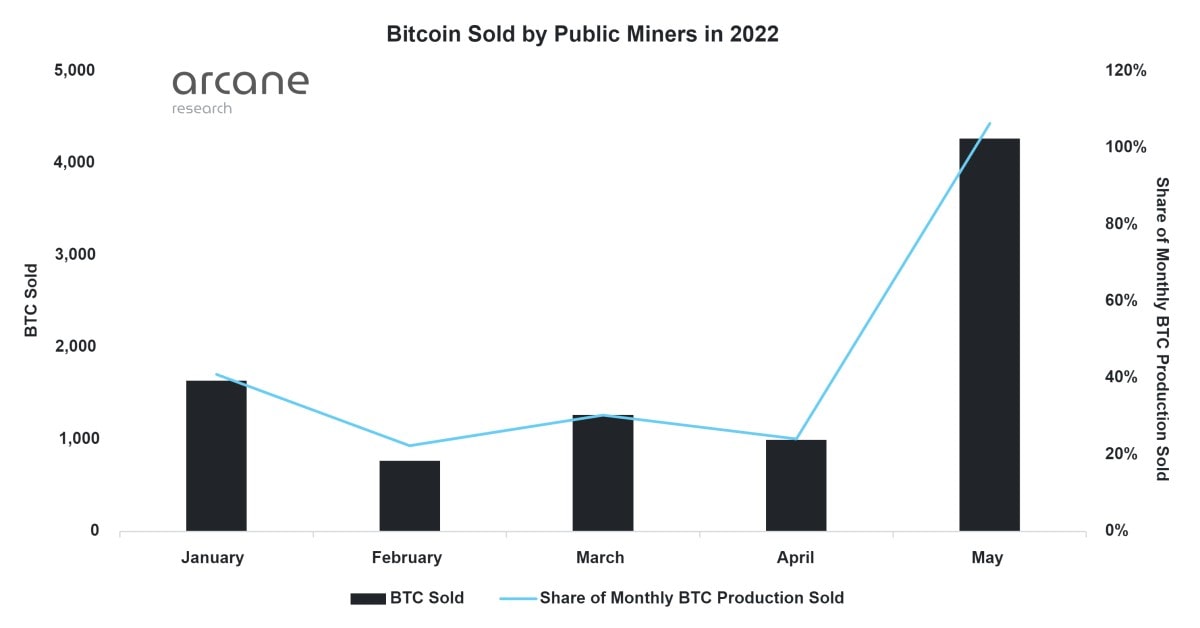 Their remaining supply is estimated to be 46,000 BTC or $943 million. In the event of a protracted consolidation or continued decline in Bitcoin's price, public miners will increase sales, thereby aggravating the situation.

Miners who have placed their equipment in Iran are especially hurting. Until the most recent incidents, the country looked to be the most attractive due to the presence of state regulation of crypto mining and extremely cheap electricity. In terms of the cost of kilowatt-hours per household, Iran is in the Top 3 in the global ranking. For miners, rates are no more than 4 cents. 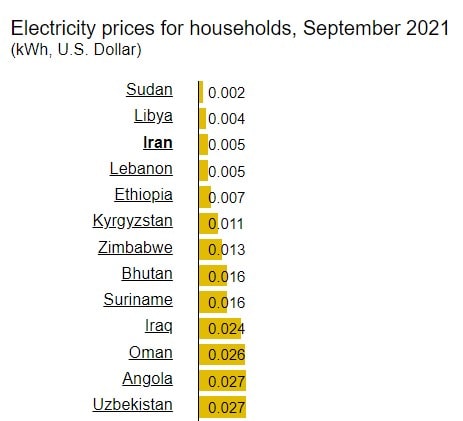 According to the University of Cambridge, Iran's share in the peak reached 7.5% of the global Bitcoin hashrate, but within a year and a half, the figure fell to 0.12%. Since the introduction of licenses in July 2019, law enforcement agencies have closed more than 7,000 illegal farms, seizing hundreds of thousands of devices. However, these efforts were insufficient.

Contrary to the concluded agreements, Iran unilaterally decided to completely turn off miners from the beginning of July due to an electricity shortage. That would affect 118 licensed mining companies. According to the Iranian Ministry of Energy, these companies are responsible for the 20% increase in electricity consumption. The shutdown will last at least a month.

Market Analysis: has BTC bottomed or not?

30 Jun, 2022
In the great guessing game of the crypto market, the current hot question is: has Bitcoin (BTC) hit bottom? The answer would be key to predicting whether prices will recover or continue downward.