Six months ago, Cardano was one of the Top 3 blockchains with a market cap of $100 billion. However, subsequent problems with integrating decentralised apps caused the coin to plummet from $3 to $1.50. Many thought that the project's days were numbered, and some users even dubbed the coin a "total scam". Nonetheless, it's too early to write Cardano off just yet. The fact that we're seeing new startups based on the project is proof of that.. 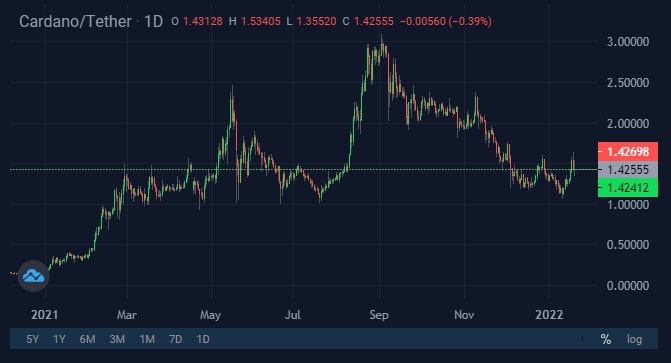 The Alonzo hard fork in September 2021 integrated smart contract support, paving the way for the launch of decentralised apps and exchanges (DEX). This identified the presence of serious parallelism issues with the network, which led to errors when attempting to exchange tokens on its first iteration of DEX Minswap.

Without giving much in the way of detail, a part of the blogosphere predicted that Cardano would fade into obscurity. According to them, the network is capable of performing just one transaction per block, and only one user can interact with a contract at any one time. However, that's not true; everything depends on the DEX architecture used. The DEX SundaeSwap team refuted these claims, calling the problems experienced by its predecessor "an unsuccessful experiment".

We'll find out which side of the argument was right tomorrow (20 January), when the SundaeSwap exchange launches. This is doubly good news for Cardano since a positive start for the project will remove any doubts in the community as to the capabilities of its network when it comes to operating smart contracts while also increasing demand for ADA, which is necessary for participating in SUNDAE token stake pools and distributions.

A second positive factor for Cardano is the network's debut on the metaverse market. Pavia, a new competitor to Decentraland and Sandbox, launched on 15 January.

After its "unsuccessful September experiment", Cardano dropped from third to fifth place in the crypto rankings, losing half of its total market cap. However, this year the network has every chance of regaining its position.

But what do you think about the potential of this particular blockchain? Tell us in the comments section!