On the night of 1 October, the 'Ethereum killer' was faced with yet another crash and complete stop to the network. Since this is the eighth time in a year, users have lashed out at Solana's developers.

The network problem occurred because of a misconfigured node. As a result, the developers were forced to restart the network from the last confirmed slot. It took more than six hours to find and fix the problem, and network operators spent several more hours restoring client services.

Justin Bons, the founder and CIO of Cyber Capital, noted that Solana crashes an average of once a month, which once again highlights the network's poor design and the developers' focus on raising capital instead of conducting in-depth work on the project.

Other users are wondering what the point of a high degree of decentralisation is if the blockchain is unstable. In terms of the number of validators, Solana is second only to Ethereum, and the Nakamoto Coefficient is 30. 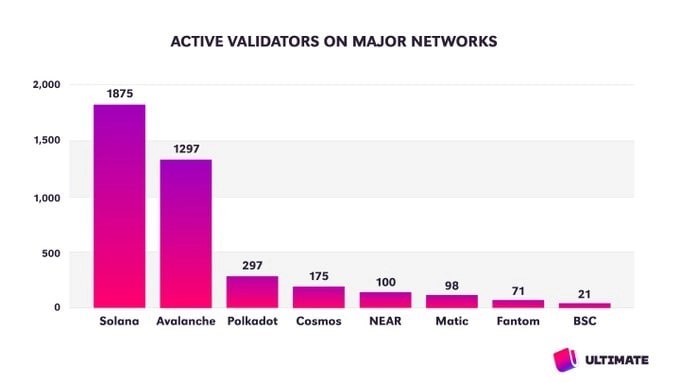 Solana's supporters insist that the network is still in development, so such flaws can be forgiven. The coin's price didn't react to the failure this time, apparently, because some investors have already come to terms with this issue with the blockchain.

Another point in Solana's defence is the increase in network activity and the preference for the blockchain when it comes to minting low-cost NFTs. If Ethereum is valued for its stability — for example, one of the largest publishers, Yuga Labs, expressed its exclusive commitment to the network — others opt for Solana because of its low network costs. 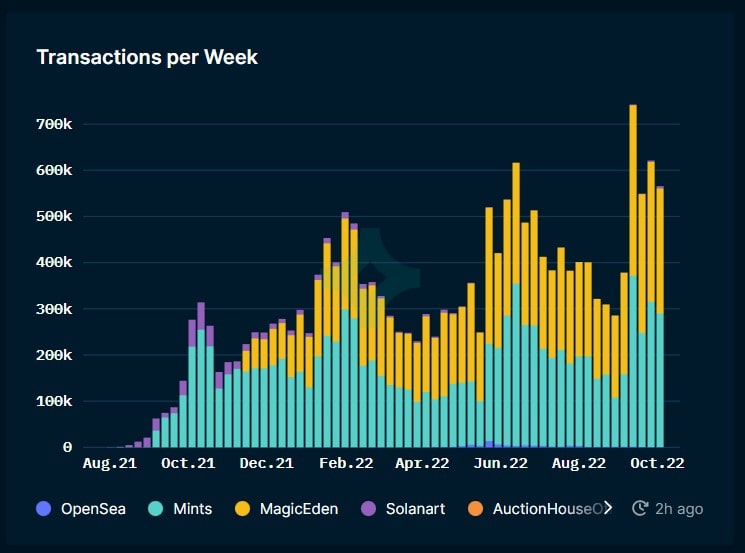 As such, the number of weekly transactions in the NFT sector continues to grow steadily, surpassing 842,000 in September, and the number of active users is close to the highs seen in February, now exceeding 153,000.

What do you think? Can a blind eye be turned to network downtime if it offers minimal costs? Tell us in the comments!