Tether once again in regulators' sights

Tether's dominance in the stablecoin market, the ambiguity of the composition of its reserves and its questionable actions in the past leave regulators uneasy. After Tether (USDT) reached a pre-trial settlement of claims with the New York State Attorney General's Office (NYAG) and paid a fine of $18.5 million, Judge Katherine Polk Failla requested lots of financial statements from the company as part of a new process. отчетов.

Although USDT's market share over the past two years has decreased from 77% to 46%, the stablecoin remains the leader, which predetermines the systemic risk for the entire cryptocurrency market if Tether were to collapse. That's why the quality of its reserves is critical since USDT is backed by existing assets when pegged to the US dollar.

Initially, the company stated that each USDT was backed by $1 in a bank account. However, as a result of an audit and litigation initiated by NYAG, a disturbing picture emerged. Less than 4% of the collateral is held directly in fiat. Commercial bonds account for another half of the reserves. 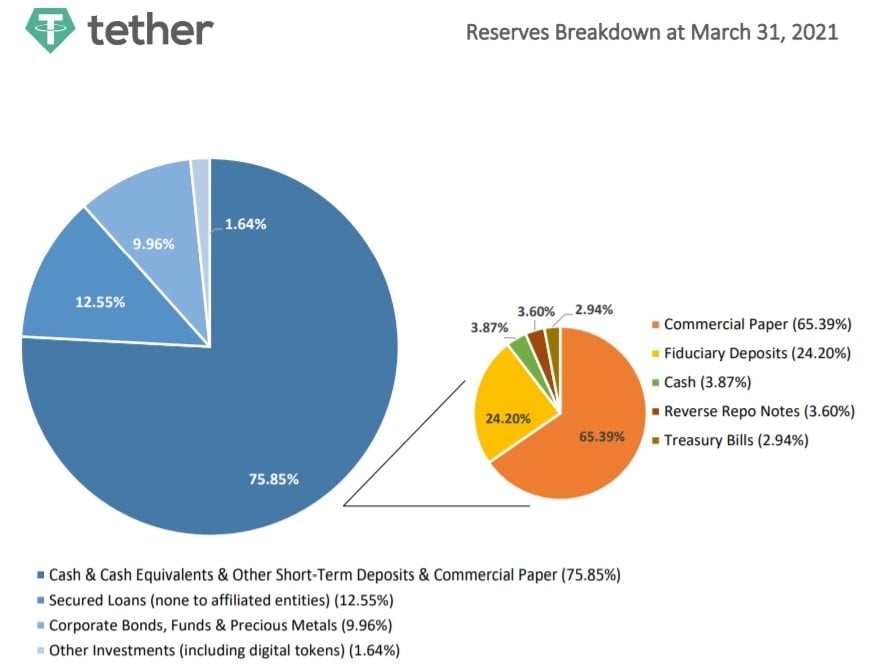 However, another lawsuit initiated in October 2019 is now moving forward. In it, Tether is accused of issuing unsecured USDT and subsequently pumping Bitcoin together with Bitfinex in 2017. The plaintiffs demanded an investigation into the state of the reserves and the movement of the company's funds, in particular, to find out how USDT's capitalisation grew from $100 million in June 2017 to $2.2 billion at the beginning of 2018. During the same time, Bitcoin's price jumped from $2,300 to $19,000.

As part of the investigation, the judge requested Tether's ledgers, profit, loss and cash flow statements, as well as records of any cryptocurrency transactions or transfers. The company was quick to notify customers on its website that the request is routine and that it in no way supports the unsubstantiated claims of the plaintiffs.

One curious event in this story is the $1-million fine the SEC issued in the middle of this month to the accounting firm Friedman LLP for failure to "respond to fraud risks." Friedman LLP audited Tether between May 2017 and January 2018 (Tether terminated the partnership due to delays in audits).

Since mid-2022, Europe's largest BDO has been reporting on Tether reserves. As of 30 June, they are represented by the following assets: 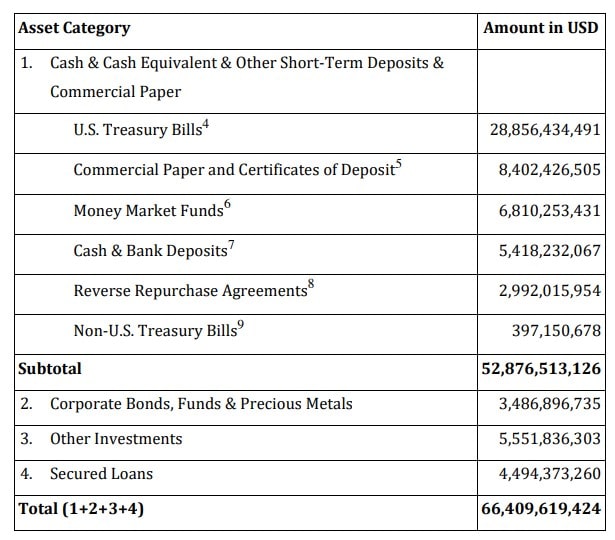 At the beginning of the year, Tether promised to reduce the share of commercial bonds in its reserves, increasing the volume of US Treasury bonds and other class A1 investment instruments. As the last breakdown shows, highly liquid assets still make up 80% of total assets. And in the absence of detailed disclosure, the quality of the remaining 20% can't be evaluated. The company's own assets in digital tokens amount to $226 million.

The interest of regulators in Tether is caused not only by possible transgressions in the past but also by the upcoming tightening of US legislation in relation to issuers of stablecoins. If gross violations take place, sanctions will be applied to Tether, which may ultimately lead to the loss of USDT's leadership in the stablecoin market.