The crypto market has come back to life in 2023. Since 1 January, the market's overall capitalisation has risen by 24% to once again reach $1 trillion. Bitcoin jumped up 28.5%, more than the average recovery rate.

Market participants' enthusiasm drove Bitcoin trading volume up over the week. In the spot market, the figure rose to $11 billion. Following trading volumes and price growth, volatility increased to 2.4% versus the sub-1% level it saw in the first week of January. 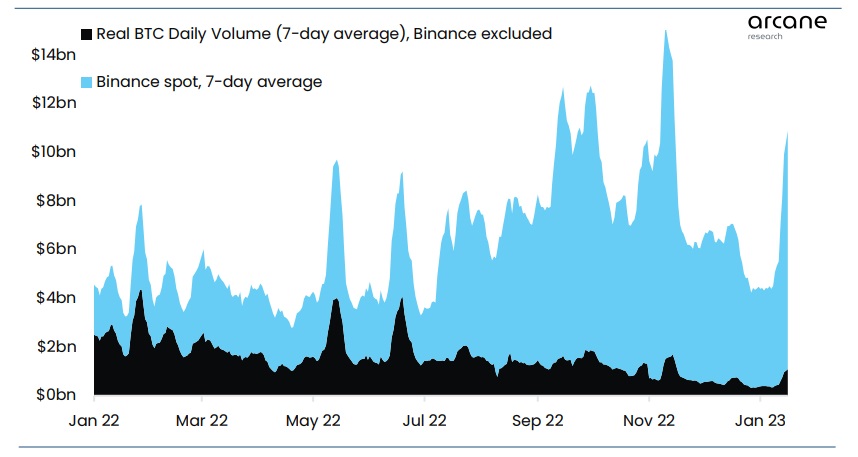 The market's rise was a surprise for bears. Over the past seven days, they've lost $1.2 billion on Bitcoin alone, and the volume of liquidated positions in relation to bulls reached a sixfold difference on some days.

Whales (>1,000 BTC) didn't share the same optimism as shrimps (<1 BTC). They didn't take advantage of the current price rise to sell more. On the contrary, they slightly reduced their market presence. 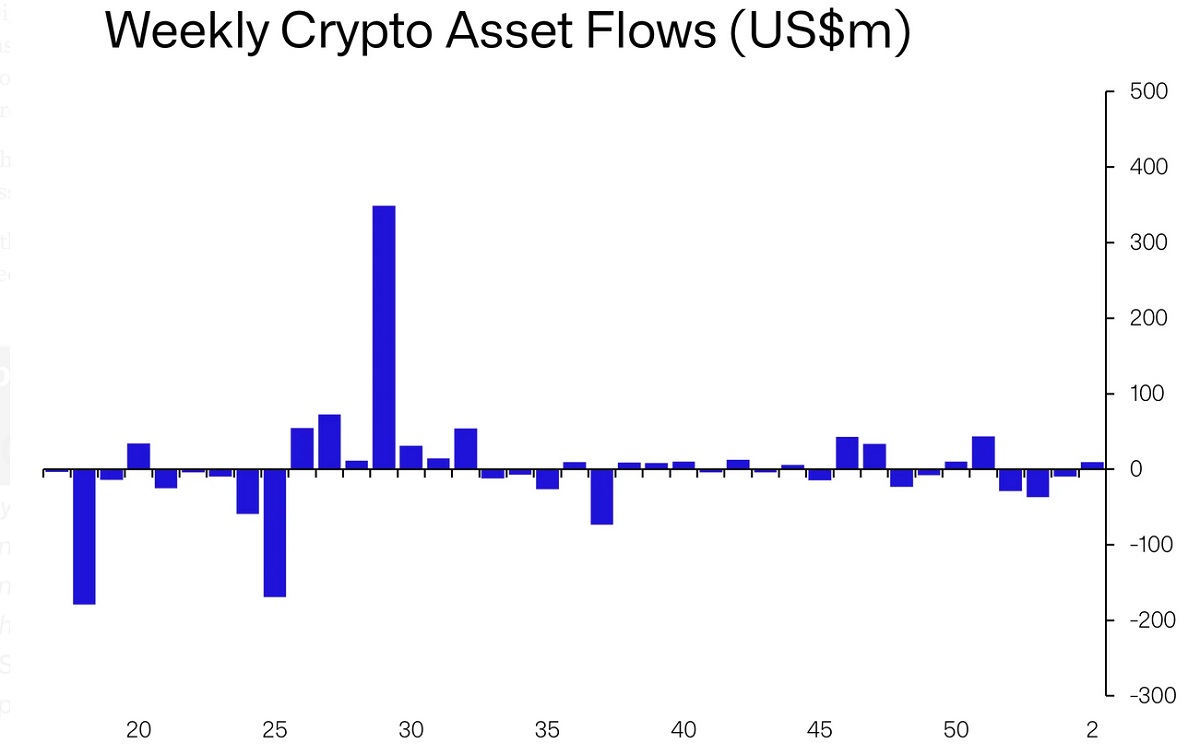 The lack of interest among large participants is also confirmed by the number of addresses containing more than 1,000 BTC. Movement remains downward after China banned financial institutions from conducting cryptocurrency transactions. 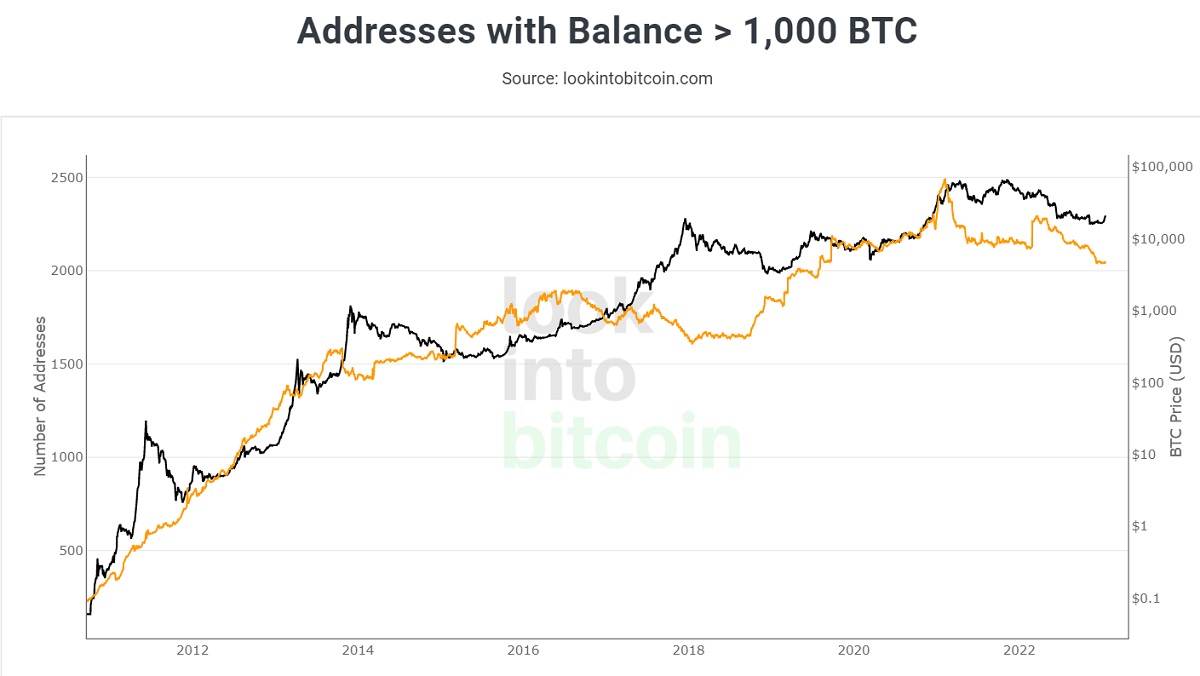 Bitcoin's current rise is largely due to the forced closing of short positions, as well as small investors' desire to try their luck by buying cryptocurrency at the bottom. Whales have still not switched to accumulating, and institutional investors are apathetic to the market at present. Macroeconomic indicators are still contrary to trader sentiments. The Fed is likely to raise interest rates again in February, and the global economy is still at risk of falling into recession in 2023.

Bitcoin: Just a bounce in a bear market

18 Jan, 2023
Bitcoin is starting off 2023 with a winning session, finishing the second week up 16%, its best result since last March.
Next article