Why Ripple is rising against the market

The Federal Reserve's rate hike led to a natural drop among risky assets, including most cryptocurrencies. Ripple (XRP) stands out from the crowd, as it's gained 27% in value over the past seven days.

For several years now, a legal dispute has been going on between Ripple and the US Securities and Exchange Commission (SEC). The regulator is trying to prove in court that XRP is a security and, as a result, the sale of its coins to the public was carried out in violation of US law. Ripple, in turn, is demanding that the SEC disclose and justify the parameters by which the regulator categorised XRP in this new status.

SEC representatives previously noted that Bitcoin and Ethereum are not securities, and the former director of one of the regulator's divisions, William Hinman, added XRP to these cryptocurrencies in a speech. However, when Ripple referred to this fact during the trial, SEC representatives stated that it was impossible to identify the person in the video. 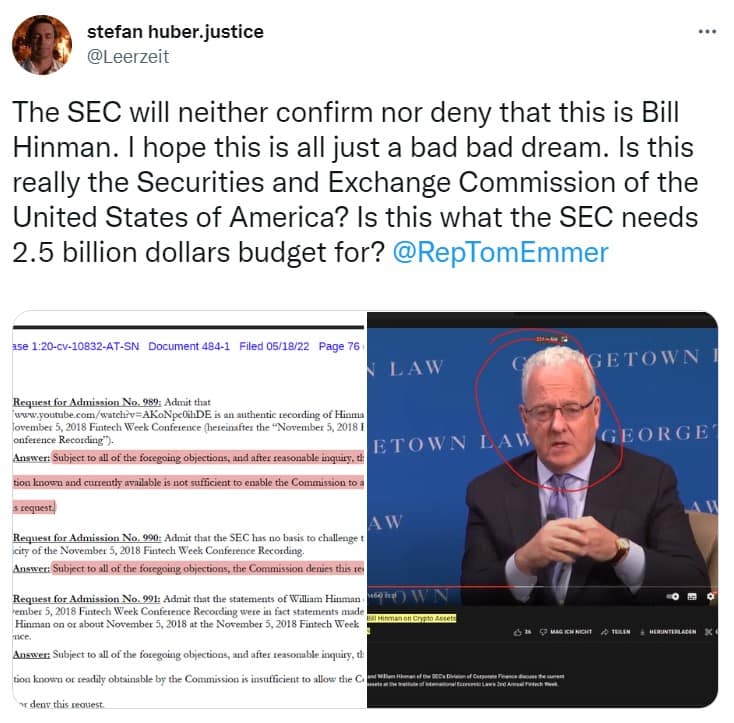 As the case began to look more like a farce, on 17 September, both parties filed a motion for summary judgement. Ripple noted in its motion that the SEC was never able to prove that contractual obligations arose between the company and token buyers. It also claimed that coin owners received a profit that stemmed from the "market forces of supply and demand". In other words, the affected party is not present, and the SEC has no standing. 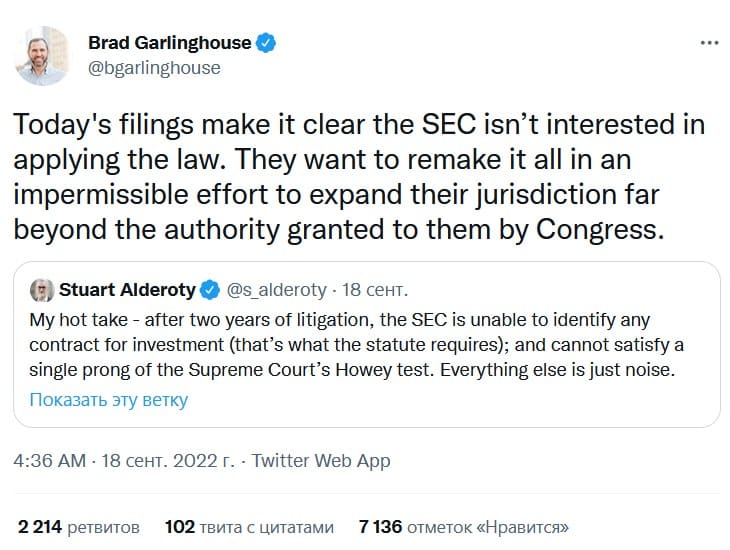 The dispute between the SEC and Ripple will soon come to an end. The crypto community is optimistic about the case's outcome, which has already led to XRP strengthening. If the case doesn't go Ripple's way, sanctions will be applied against the company's management, and a number of contracts for interbank services will be reviewed. The company's clients include Bank of America and Santander, while its package solutions include the launch of a central bank digital currency (CBDC). 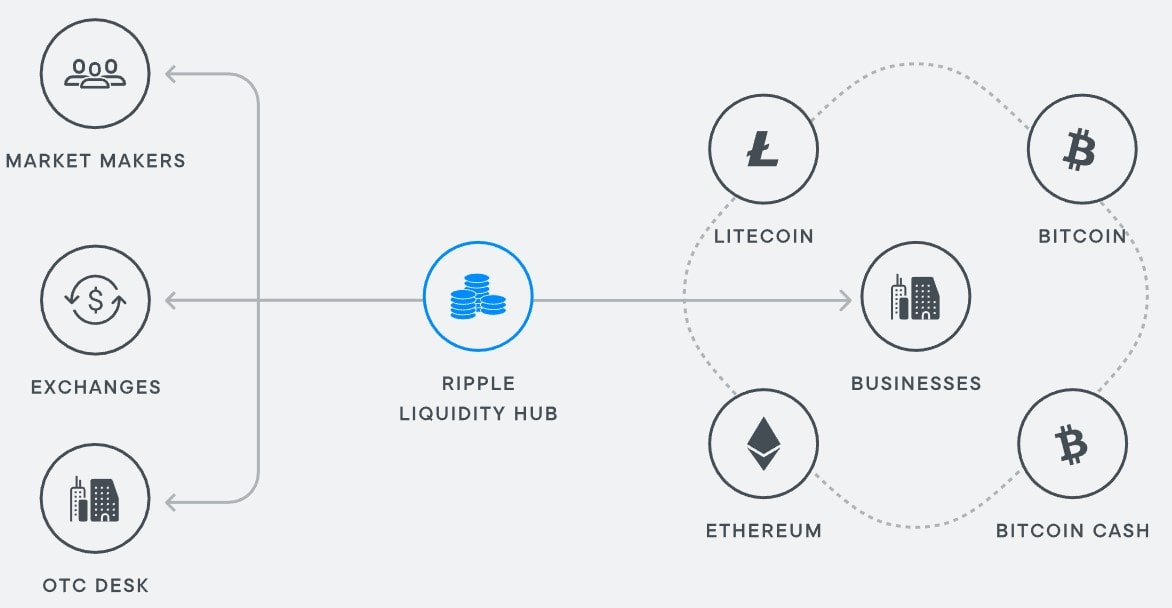 The dispute between the SEC and Ripple is more important than it might seem at first glance. If the regulator wins, Ethereum will be the next coin to be hit since its transition to a PoS protocol has made the cryptocurrency more centralised (over half of its transactions now take place in the US). In addition, SEC Chairman Gary Gensler commented just a few hours after Ethereum's Merge that the coin could be considered a security since "the investing public is anticipating profits based on the efforts of others".

30 Sep, 2022
Terra (LUNA) is one of the most actively developing cryptocurrencies that have attracted traders and investors worldwide.