The bankruptcy of the largest miner won't affect Bitcoin mining

Core Scientific, the largest publicly traded mining company, filed for Chapter 11 bankruptcy on 21 December as not all creditors supported B. Riley's suggested rescue plan. The miner has no plans to sell off ASICs and will continue to mine Bitcoin at full capacity.

Core Scientific has 250,000 ASICs, with a total computing capacity of 24.4 EH/s. In October, it mined 1,295 BTC, and its current mining speed reached 50 BTC per day. The miner generates at least 10% of the entire network's power.

The increase in hashrate was caused by buying up bankrupt peers, with Core Scientific not limiting its spending. In the middle of last year, there was the $1.2 billion acquisition of Blockcap, whose net assets were valued at $142 million. Productivity grew at the expense of debt, and accumulated losses reached $1.8 billion by Q3 2022.

Grasping at straws, management abandoned its hold strategy and sold off all available Bitcoin holdings in Q2 and Q3. Otherwise, Core Scientific would have become the leader in terms of BTC held in June. 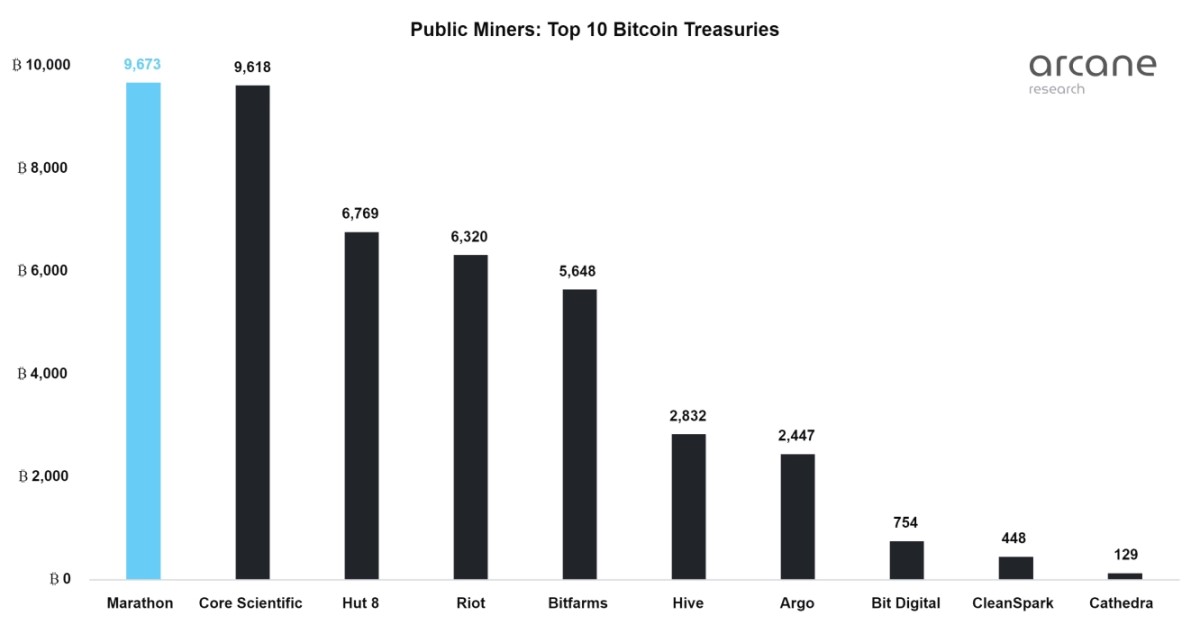 Yesterday, Core Scientific filed for Chapter 11 bankruptcy, which allows the borrower and creditors to draw up and approve a joint action plan (which usually includes the company's reorganisation), the outcome of which would be a debt write-off. According to the completed form, Core Scientific has between 1,000 and 5,000 creditors and around $1 billion - $10 billion in debts and assets.

Core Scientific has 120 days from the application date to submit its action plan and 180 days after that to agree to it with all participants. If the parties can't agree or the procedure gets stuck, the case may be assigned to Chapter 7, which entails the company's liquidation.

According to CNBC, Core Scientific needs time to reach an agreement with its major security holders. While bankruptcy proceedings are ongoing, a moratorium on filing debt obligations comes into effect. On the other hand, the company is still generating positive cash flow and has no plans to get rid of its ASICs.

Previously, B. Riley estimated that Bitcoin's return to $24,500 would provide the miner with quarterly revenue of $275 million, enough to service debt and cover operating expenses. Could Core Scientific want to win some time in the expectation of the cryptocurrency's price growth in 2023?