Bitcoin: quiet before the storm...again

Bitcoin's 30-day volatility indicator is at a two-year low, and in recent days, the cryptocurrency has been hovering below gold, the US Dollar Index and the S&P 500. This picture is typical of a deep bear market when network activity falls and investors experience maximum pain. 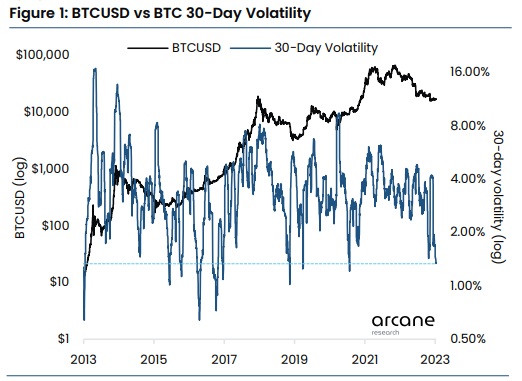 FTX's collapse in early November caused a short spike in network activity that showed in the appearance of new Bitcoin addresses. However, since then, the average monthly indicator has returned to its annual base level. This indicates that a low level of interest in digital assets remains among a wide audience. The curves reversed in May 2021 after China banned financial institutions from performing cryptocurrency transactions. 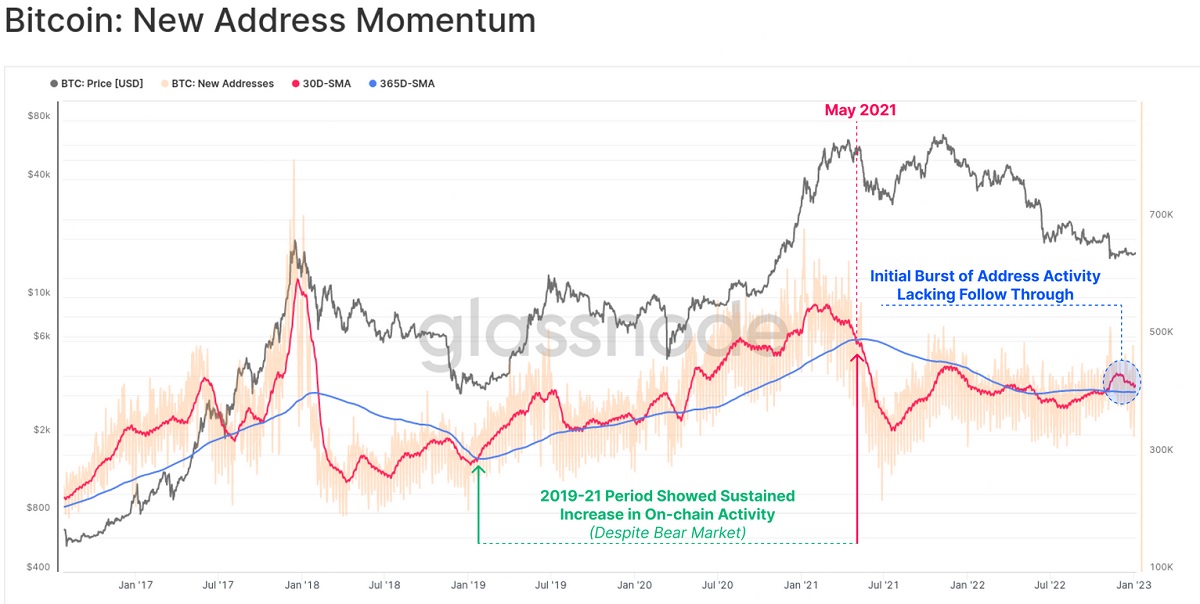 The drop in interest in the network is more clearly visible in the chart of daily transfers. While their volume exceeded $40 billion in Q3, that figure is now below $6 billion. The biggest drop-off was seen in the group of transactions over $10 million, which shrank from 43% to 19%. 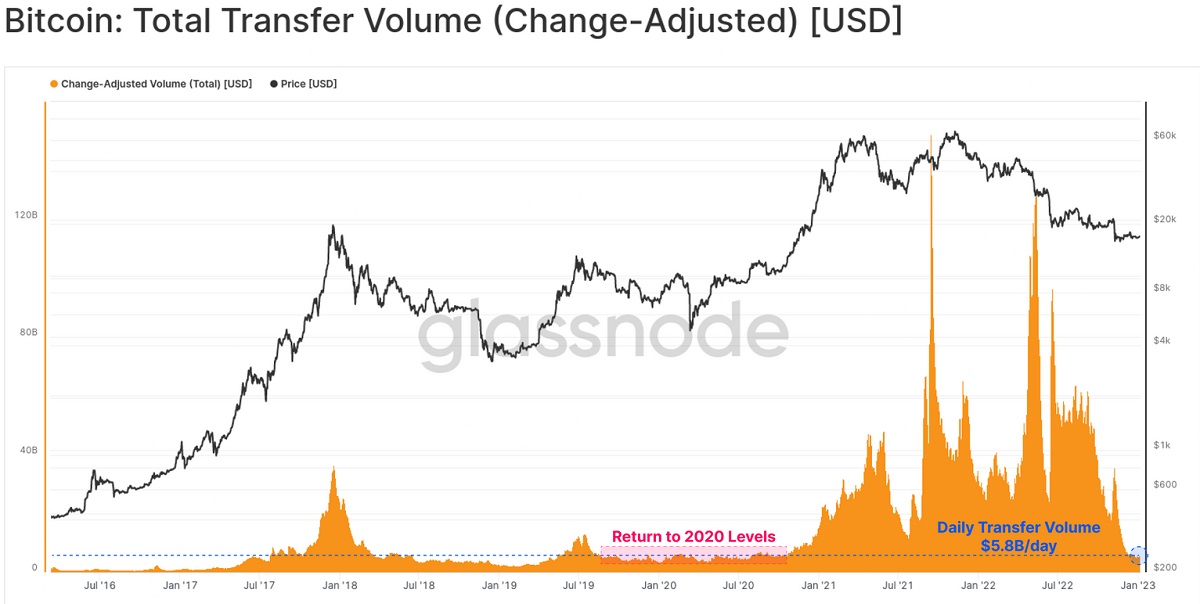 As we've noted on several occasions, Bitcoin's main driving force since 2020 has been institutional investors who act with an eye on US monetary policy. Key interest rate hikes in 2022 caused a natural outflow of capital from risky assets, a trend strengthened by the collapse of crypto projects. Since reaching its high, Bitcoin's realised losses have totalled a record $88.4 billion. 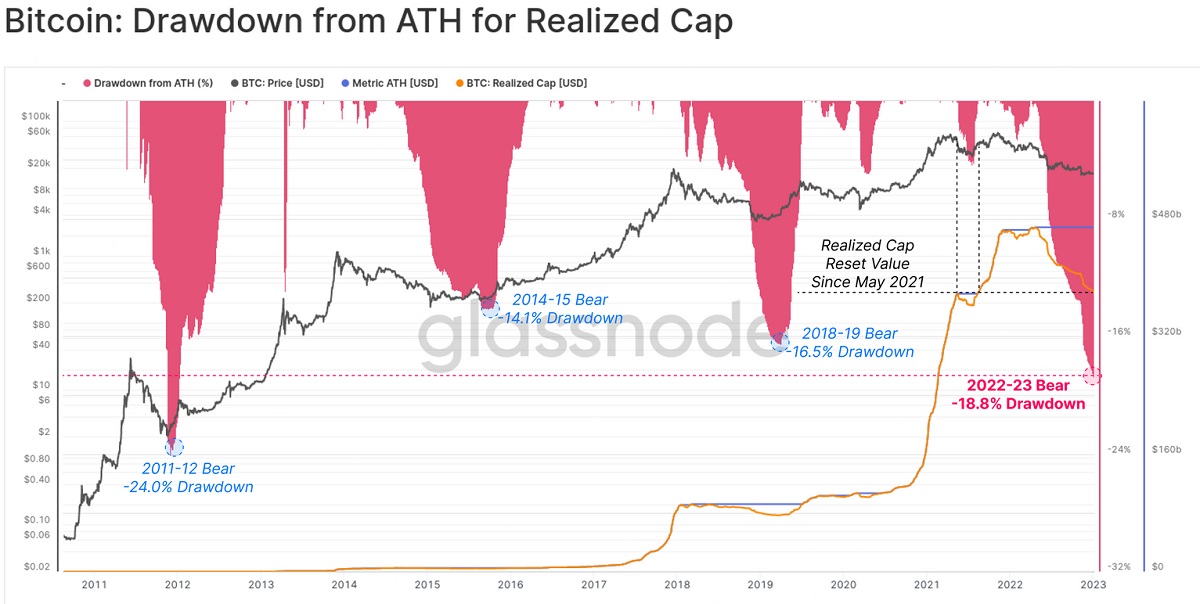 With these lows and the drop in volatility, a return to growth for Bitcoin can't be predicted just yet.

However, they indicate that a turning point is near. This could come in the form of the Fed opBitcoin: quiet before the storm...againting not to hike the key interest rate further since raising it both helps to combat inflation and slows down economic growth. The regulator's next meeting is scheduled for 1 February.

11 Jan, 2023
The stocks of major mining companies have jumped by an average of 20% in the past 24 hours.
Next article