Ethereum is the second-largest cryptocurrency after Bitcoin, with $20 billion in capital and $12 billion every day trading volume. It wouldn't be wrong to say that Ethereum is as well-known around the world as Bitcoin. Some people use their smart contracts and technologies to improve their business, while others use them for everyday transactions.

There is also a particular group of people who trade this cryptocurrency. To them, the Ethereum price prediction is the most interesting piece of information. That's why we're going to look at its history and future opportunities.

What is Ethereum (ETH)?

Ethereum is both a cryptocurrency and decentralised environment that is transforming the IT industry. It was created by Vitalik Buterin and his team with one purpose: to give the world something better than Bitcoin.

Some brief information about Ethereum:

ETH's main feature is smart contracts. They have changed the world of business because they allow you to get rid of intermediaries and provide complete control over fulfilling obligations. The Ethereum platform allows new altcoins and tokens to be launched on its blockchain. Moreover, it provides the possibility of creating decentralised applications that have become more popular nowadays.

Finally, it is one of the most popular cryptocurrencies among traders. It is listed on 95% of exchanges and has great volumes every day. To sum up, ETH can be considered BTC's main competitor.

Ethereum didn't see any excitement for a long time. It was just considered another cryptocurrency on the market. Nevertheless, its price was bound to rise for many reasons, and that's just what happened.

Why did it happen? Ethereum's transactions are significantly faster than Bitcoin's. Many people, therefore, migrated from the first-ever cryptocurrency. The Ethereum blockchain also provides an environment to create decentralised applications or dApps, so it became very intriguing to developers.

The rise in interest for this cryptocurrency meant that someone had to find new blocks and verify transactions. Hence, many miners directed their hash rate from BTC to ETH. They found many new blocks, which created mining difficulty and increased mining costs.

The first-ever ETH tokens were created in 2014, but they were not listed on any exchange. However, during their implementation, the company got an income of $18 million. The first release of the Ethereum blockchain was in 2015. With its launch, ETH was added to some exchanges, but the price was below $1.

At the very beginning of 2016, it had its first growth. It was traded for $6 in the middle of February and even for $15 in the middle of March. The system was then hacked, and the company lost a third of all its capital. That is why it traded for $7.50 at the end of April 2016.

After that, the Ethereum team was able to return stolen money and upgrade their security systems. These measures had a positive effect on ETH's price, which rose to $19 on 16 June 2016. However, the next day, it went down to $12. We can conclude that this rise to $19 was just a pump.

After that, ETH held stable between $10 to $12. A hard fork took place in October 2016, which led to the emergence of Ethereum Classic. However, this situation didn't affect the price.

The first serious changes were made in 2017. First, in February, ETH was added to ETORO, which led to a $450 million increase in trading volume. In May, the value of ETH was $95. Within a month, it was trading for $400.

During what was once considered the biggest pump in cryptocurrency history, ETH's price rose to $1,352 per coin before crashing back down to $300. For over two years, the price never really made any attempt to regain old highs, and it trended downwards until 2020 into 2021. It's no news that 2021 was the acquired 'holy grail' of the crypto market, but it seems that Ethereum took that to another level. Like BTC, it not only took out its previous all-time high, it set new ones at over 200% more than its previous high. To put Ethereum's success into better context, even now, when the market has drastically declined, Ethereum is still way ahead. The all-time high stand's at $4,362.35, while its current price as at the time of writing is $3335.07, just 25% shy of the all-time high. Other major currencies like Litecoin, Bitcoin, etc., haven't been able to do as well.

When the rally began on 3 March 2020, only a scant few imagined that Ethereum would reach the highest it did, and within such a short time to boot. After years of a continuous downtrend, Ethereum finally found support at around $110. It then rose steadily but slowly for about four months before making an impulsive leg into $480. Traders took profit, and the world settled down to endure, perhaps, another long stretch of consolidation that characteristically follows crypto price swings. 'Undisappointingly', Ethereum's price consolidated from September into the first few days of November, after which it exploded upwards again.

On 19 January 2021, Ethereum reached its all-time high at $1,422, rejecting sharply and forming a resistance. After a few weeks of testing and prodding that resistance, the price finally broke out. At this point, every real crypto stakeholder was paying rapt attention to the crypto market, and hopes were high in the air. Ethereum never disappointed, exploding through resistance after resistance, creating an extremely bullish market structure and finding higher prices to ravage.

Ethereum's price is currently at $3335, but analysts are afraid there is a bearish trend forming as prices have failed to reclaim immediate highs but are readily forming lower lows. This is even more worrisome when you realise this market structure is forming on a time frame as large as the Daily Time-frame.

For any real optimism for bulls, ETH's price needs to reclaim the high at $4000 and maybe even create support at $3,500 as a price correction. 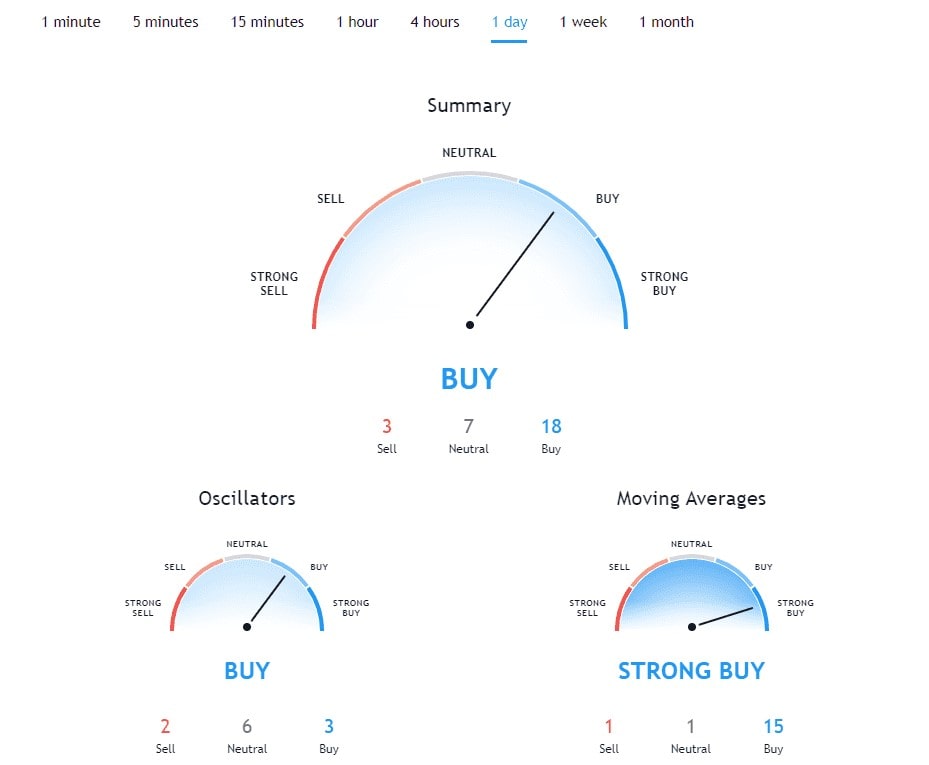 The beginning of 2018 saw a significant rise across all cryptocurrencies, which sparked many Ethereum price predictions. Some said that cryptocurrencies were very close to replacing fiat, while others considered the surge was just a pump.

In addition, it was necessary to include possible risks:

Most issues could be resolved, so many experts predicted that Ethereum would rise by the end of 2018. The most positive forecast put ETH around $2,500; the most pessimistic saw ETH dropping by $1,500.

At the very beginning of 2019, ETH's price was $106. However, it experienced a fast rise and, in March, it traded for $140. Still, this wasn't the best scenario, especially considering that this asset cost almost $1,400 at the beginning of January 2018.

Although the first predictions were negative, experts analysed several factors:

Most factors showed that Ethereum would tend to rise in the future, so the market expected it to close at $500 or more at the end of 2019. However, there were some negative factors:

All these points showed that Ethereum could be very unstable. The worst ETH value prediction was that this currency could fall to $70, and people would lose interest. Nevertheless, such a scenario was almost impossible because ETH smart contracts provide many opportunities for the whole world.

The cryptocurrency market is very volatile, so it's not easy to provide accurate forecasts for many years. However, many analysts have some thoughts about popular cryptocurrencies like Ethereum. Here are some Ethereum price predictions from experts.

Smartereum's experts think that ETH is on its way to greater heights. They predict that the current decade may see Ethereum's price reach $20,000. This may seem unreasonable, but Ethereum's current path, especially with previous price history, makes $20,000 for one Ethereum a reasonable target.

TradingBeasts' forecasts are quite neutral, they don't expect the price to move consistently high, although it 'would seem that price is also not expected to trade lower overmuch. All in all, Trading Beast predicts a relatively stable year ahead for Ethereum's price.

WalletInvestor's technical analysis based on the last 30 days shows that Ethereum has a full bullish tendency. ''Although they believe the price may drop to lower levels around $2,900 towards the end of the year. On the other hand, 2022 is predicted to be a good year for Ethereum as the price is expected to take out the current all-time high at $4000 and see higher prices into 2023.

Long Forecast's ETH predictions are also quite positive. They even predict that ETH's price will create a new all-time high at around $4,500 before the end of the year. It gets even more optimistic from there as they believe that Ethereum's price will likely reach prices like $7,000 - $8,000 before the end of 2022. This is great news for investors and potential investors all around the globe. While some may think that Ethereum's price prediction may be a bit too optimistic, it is important to note that Ethereum has been gathering momentum faster than most other cryptocurrencies out there, even Bitcoin.

Today, this system has many issues, so the value of Ethereum will be volatile in the short term. Everything will depend on the ETH team. If they solve the main issues, ETH will gain a foothold. If not, the cryptocurrency's value will dip into double digits.

How high can Ethereum go?

The cryptocurrency community knows that the Ethereum team is very talented, so they predict the best results. On forums, most people say that ETH will be the #1 platform for smart contracts. 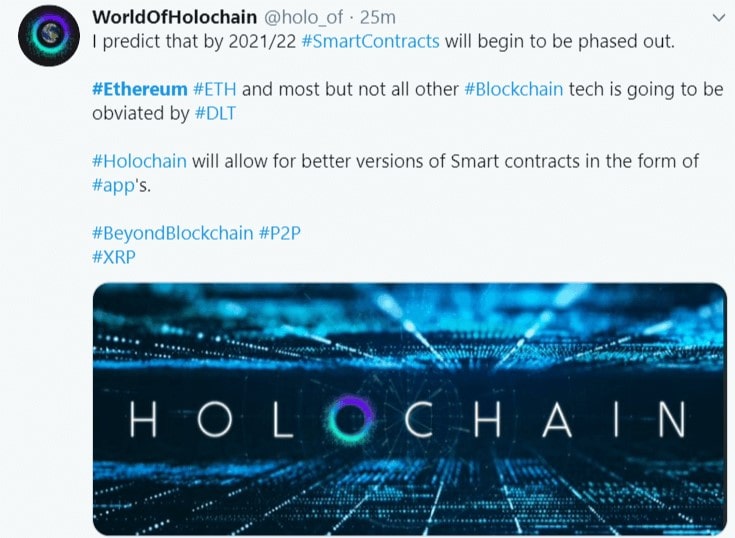 However, some experts think that Ethereum smart contracts are losing their positions. Developers are out of ideas about improving the system without refusing the main principles of the ETH blockchain.

However, its price doesn't just depend on the development team. There are many other factors, like news, Bitcoin trends, altcoin activity, and more. Ethereum is a very interdependent project, so there will be many obstacles.

How far can ETH go? It has all the chances of breaking through the $20,000 level as predicted by Smartereum. While the market isn't fully bullish, the asset still has good support. If this situation stabilises, we may see it hit $4,000 again, and even more.

In the following years, ETH may hit a maximum of $6,000. The only way to reach higher is through a pump. However, as we know, the bigger the pump, the bigger the correction will be. So, we should be realistic and predict that ETH won't reach a stable $5,000 until at least 2025.

Ethereum faced many problems varying from technical to fundamental, such as political news or the community's sentiment. That's why it's very hard for this cryptocurrency to break out of each resistance level.

However, two things are obvious: ETH won't crash, and it won't lose its #2 ranking on CoinMarketCap. Therefore, its price won't fall in the near future. What do you think?

29 Oct, 2021
TRON (TRX) is a blockchain and a unique cryptocurrency that sees high demand among gamers and gamblers.