Floki Inu (FLOKI) is one of the many dog-meme cryptocurrencies (like Shiba Inu and Dogecoin) inspired by Tesla CEO Elon Musk. It first came into the market in the summer of 2021, following the news that Tesla's founder bought a Shiba Inu dog and called it Floki. Although the token's creators are anonymous, the new cryptocurrency has attracted many devotees. The token promises quite a lot, but how has it behaved since its release, and what are Floki Inu (FLOKI) price predictions for 2022 and beyond? Let's discuss the token's fundamentals and check future predictions for Floki Inu.

What is Floki Inu (FLOKI)?

Floki Inu (FLOKI) is a dog-themed meme token. It's an ERC-20 token based on the Ethereum blockchain. As stated in the project's whitepaper, FLOKI "is not a meme coin. IT'S A MOVEMENT. A new cryptocurrency birthed by fans and members of the Shiba Inu community."

On 25 June 2021, Elon Musk shared a tweet: "My Shiba Inu will be named Floki." This is where the token's name originates.

Floki Inu is described as a people's cryptocurrency with a strong meme culture. FLOKI's ideas lay the foundation for the three major pillars: The Meme, Utility and Charitability. Let's discuss the token's pillars in detail.

The project's mission is to build at least one school on every continent. FLOKI has already partnered with Pencils of Promise and the Million Gardens Movement. They've commissioned Pencils of Promise to start building a school in Ghana.

Floki Inu (FLOKI) was launched on the Ethereum blockchain in the summer of 2021. The meme token is now available on the Binance Smart Chain (BSC). While the token's creators are anonymous, according to the whitepaper, the development team consists of some top cryptocurrency influencers, including BPeta, Byte Capital, Sabre, MrBrown Whale and Jackie Xu. 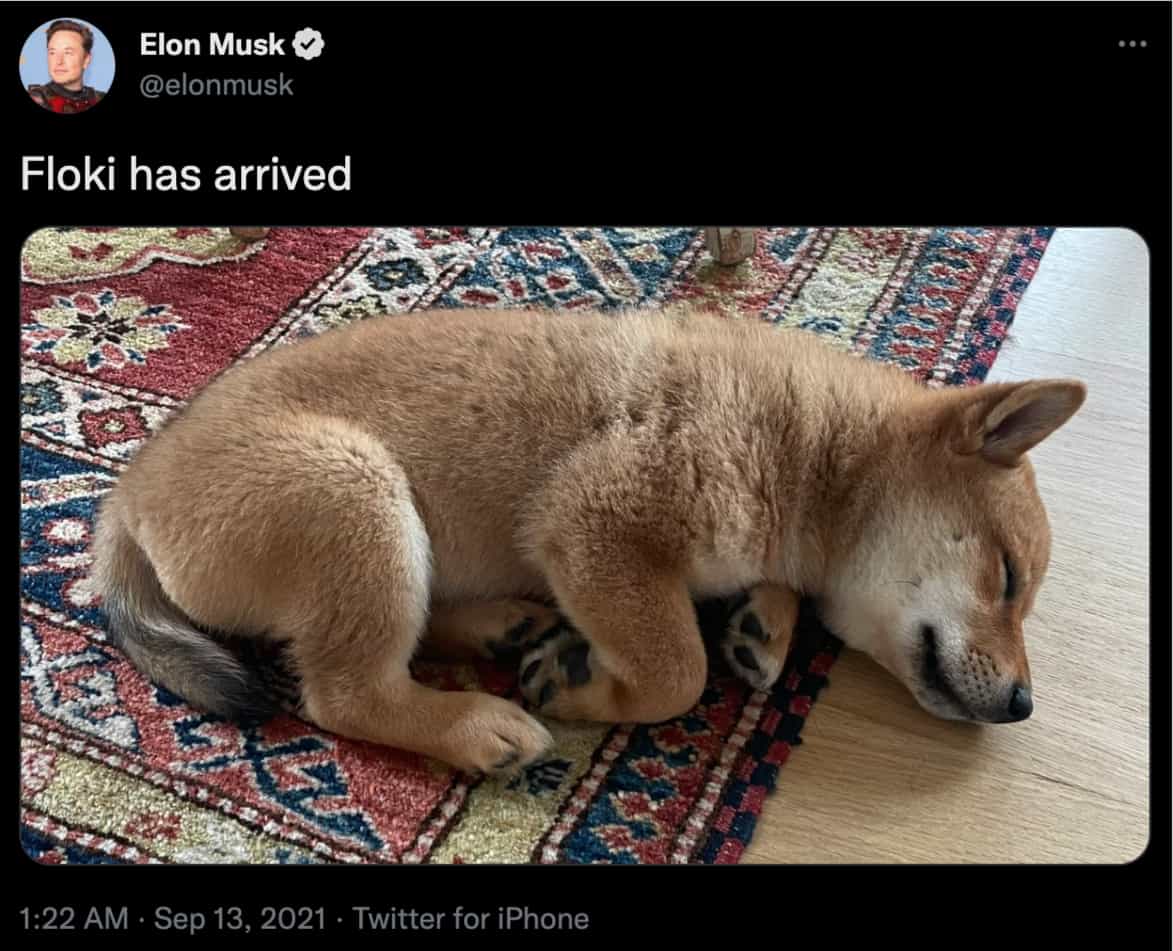 FLOKI is a new token that's been on the market for only a year. Still, it didn't stop the project from partnering with big companies to provide utility to the token holders. For example, FLOKI has partnered with the EPay platform to let the token holders make purchases from the Floki marketplace.

According to the whitepaper, the "Floki ecosystem is a community-powered ecosystem that aims to give people control of their finances through four key utility offerings," namely the Valhalla NFT Metaverse Game, the Floki University Crypto Education platform, DeFi and

The Floki Inu whitepaper describes Floki University as "FLOKI's attempt to fill the crypto education gap for the next billion users that will be discovering crypto in the coming years – all while creating awareness for the FLOKI token."

The FLOKI token is available on the Ethereum and Binance Smart Chain blockchains. "Each blockchain FLOKI has the strong points that allow the FLOKI ecosystem to thrive." 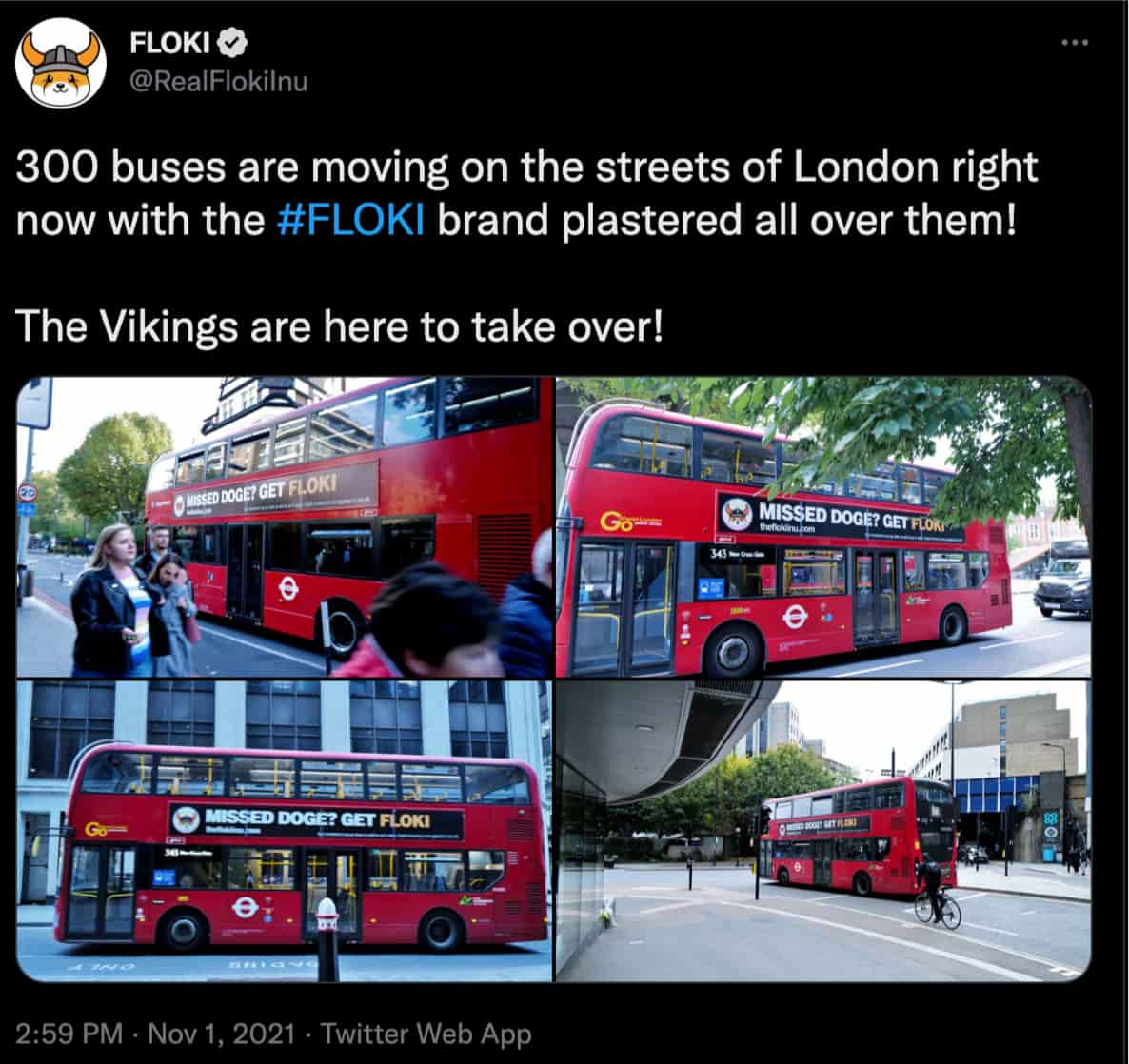 The FLOKI token's price surged more than 14% on 1 December 2021, following the announcement that Floki would be the first cryptocurrency to advertise Dubai's Burj Khalifa building on 3 December at 8:40 PM local time. However, after trending on Twitter for days, Floki Inu crashed and closed the year at $0.0001. 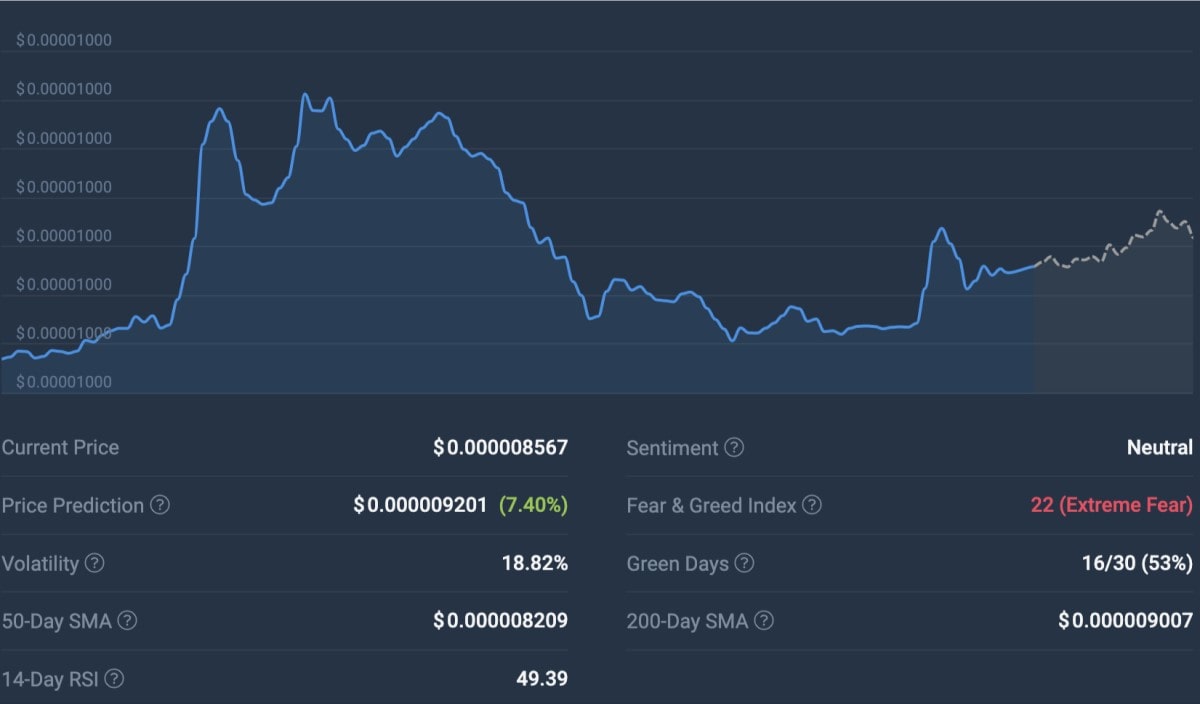 The Relative Strength Index (RSI) momentum oscillator is a popular indicator that signals whether a cryptocurrency is oversold (below 30) or overbought (above 70). Currently, FLOKI's RSI value is at 48.20, which indicates that the FLOKI market is in a neutral position.

FLOKi might be a good investment, especially considering how well it has performed since its launch and its diluted market cap of more than $100 million.

Before we discuss price predictions for Floki Inu (FLOKI) from different analysts and platforms, it's worth pointing out that all forecasts can only be useful as a reference. Mind that such forecasts can be wrong because the predictions are based on the token's past performance. They do not consider such external factors as market volatility because it's difficult to predict the cryptocurrency's market performance in the future.

With that said, let's check out some FLOKI price predictions.

Gov Capital focuses on providing short-term price predictions for Floki Inu. According to the site, the token should be worth $5.33 by the end of 2023.

Opinions about the Floki Inu future differ. As you can see from the FLOKI price predictions we've highlighted in this article, PricePrediction has the most optimistic forecast. The site predicts the token's price can reach a value of $0.00049314 by 2031. Other sites claim the meme token is reliant on hype caused by the name of its creator. Some other sources list it as a dead coin.

How high can the FLOKI coin go?

Most analysts agree that Floki Inu (FLOKI) token price won't rise higher than $1 in a year or five.

On 22 November 2022, Floki Inu’s price was $0.000008, having corrected massively throughout 2022. The token could be a good investment for the future due to its upcoming NFT marketplace release and metaverse-based games.

As it stands, it makes sense to do your research before investing in any cryptocurrency. Floki Inu (FLOKI) price predictions are not genuine representations of the token's future price. Mind the market conditions and research before you buy. Remember that you should never invest more than you can afford to lose.