How to mine ADA (Cardano) coin

An average computer user may find it complicated to start mining. However, the situation is different with Cardano ADA. Whether technically skilled or not, you can start mining this 2017 cryptocurrency on your PC in under 5 minutes. This article explains how to increase your crypto knowledge and mine ADA coin to earn passive income with your PC.

Charles Hoskinson (Ethereum co-founder) and Jeremy Wood created a new blockchain network Cardano in 2017. ADA is the network's native token to facilitate transactions and deliver a better overall experience than Ethereum and Bitcoin.

The structure of the ADA coin is similar to Ethereum's. The currency's network uses the Proof-of-Stake consensus mechanism. The project emphasises its plans to bring revolution to the financial and cryptocurrency worlds.

How does Cardano work?

Unlike Bitcoin and Ethereum that use the Proof-of-Work system, Cardano ADA is PoS-based. In the PoW system, miners get rewards for solving difficult mathematical problems to mine a new blockchain block. On the contrary, in the PoS system, the coin holders are responsible for verifying and generating new blocks on the blockchain network.

PoS is generally considered to be an eco-friendlier alternative for blockchain networks. The mining process doesn't require brute coin hashing, and the blockchain development is independent of the hardware used for mining.

The essence of the PoS blockchain is staking pools consisting of users who come together and use their coins to validate blocks on the blockchain network. The process of staking cryptocurrency is considered a safer alternative to mining since it doesn't expose users to any risks. In the PoS system, users are rewarded with the native blockchain asset.

The Cardano ADA blockchain network is easily scalable due to the two-layer design.

Besides its general ease of use, the Cardano blockchain performs faster transactions at lower rates. It also represents a major balance between speed, security and decentralisation that many other networks aim for. 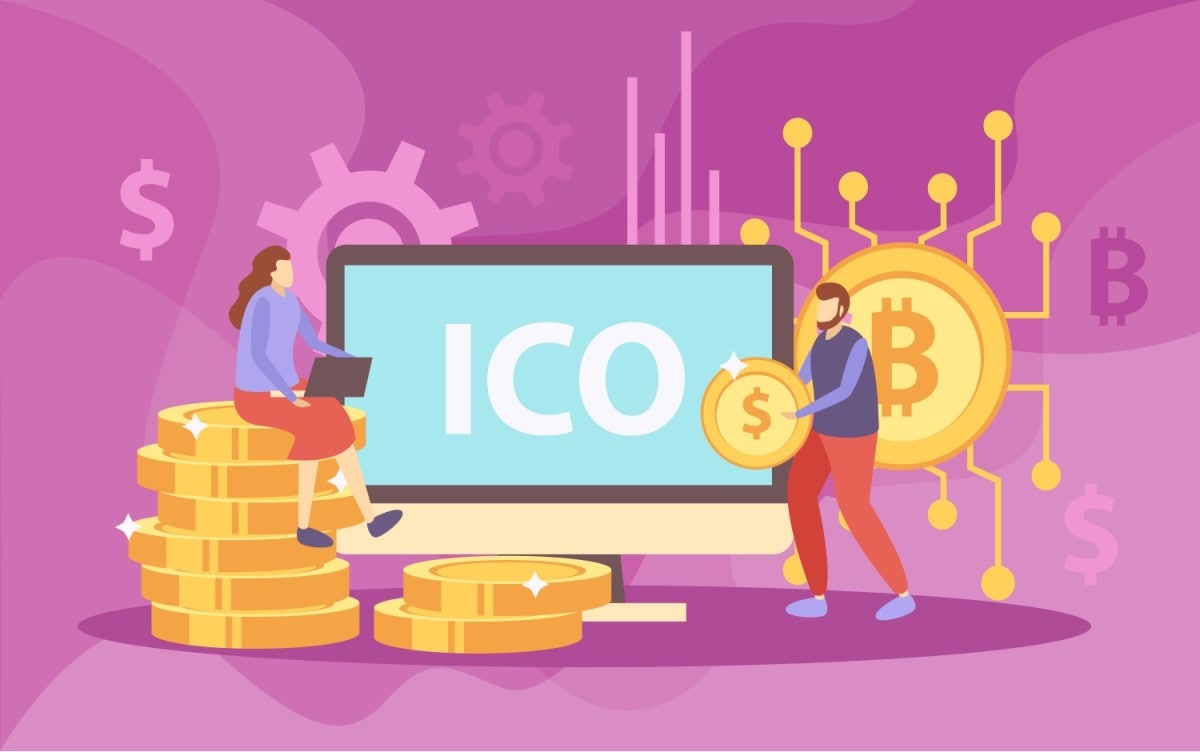 The Cardano Initial Coin Offering (ICO) happened a few years ago. The price per token was set at $0.02. Since then, the ADA token has raised around $60 million.

The Cardano ICO generated hype around it for the following reasons:

In most cases, people feel sceptical about developers promising ground-breaking technologies before and during the ICO. However, the situation is different with Cardano due to the reputation of the currency's co-founder. 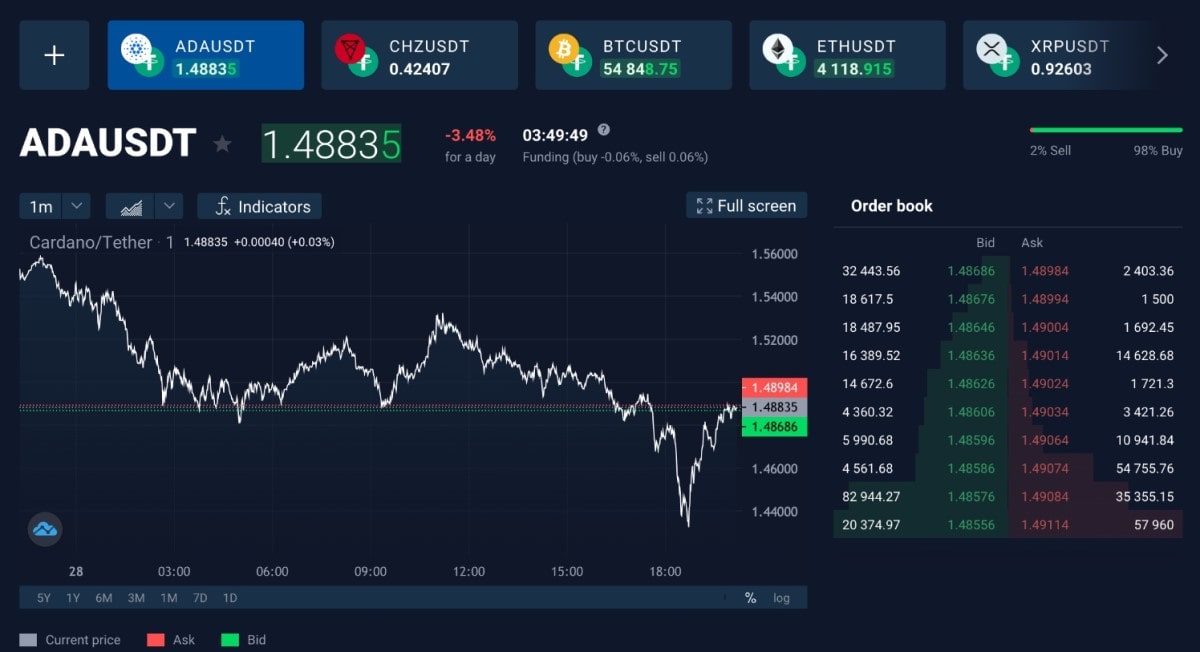 The public sale of 25.9 billion Cardano AD tokens started in September 2015. A further 5.2 billion ADA tokens were issued and shared between the three entities that marketed and developed the Cardano protocol, namely: 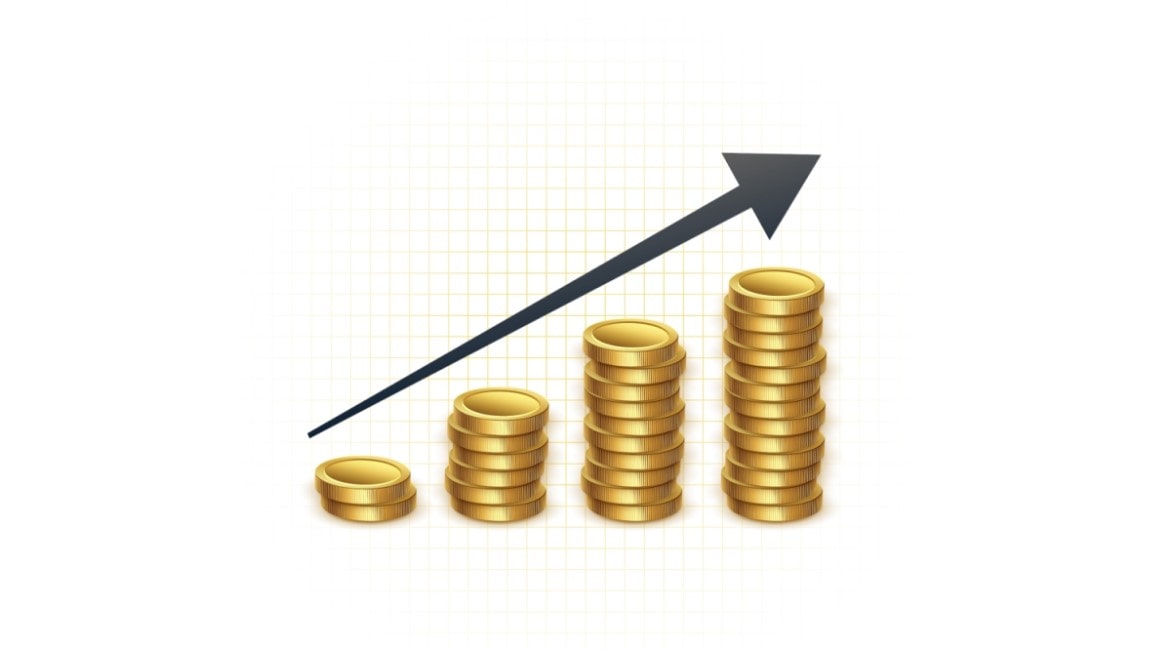 The Cardano price is expected to increase during these five years significantly. More specifically, Cardano will start 2023 at $3.18, then climb to $3.90 within the first half of the year, and finish 2023 at $4.60.

How to mine ADA coin

Now that we have discussed what Cardano is, let's look at how to mine Cardano ADA coin.

Cardano cannot be mined since it's not part of the PoW consensus. You can only stake it by simply keeping your Cardano wallet (like Daedalus) online. You'll get a certain percentage of your already owned ADA coins as payment. It's a common method used by PoS systems, where transactions are confirmed via the already existing coins rather than by using hardware.

What do you need to start mining ADA coins?

It's super easy to mine Cardano ADA coin for several reasons.

Cardano developers also promise to release constant updates and features regarding the token during the "Reward Era". Stake pools will emerge, and those who don't hold many ADA coins but participate in the transactions will receive greater rewards.

Although you can mine Cardano on your PC, investing in the ASIC mining setup is also recommended.

The best way to mine ADA coins is the GPU. If you feel like mining ADA on your PC, the major advice is to join some miner pools.

How to mine ADA on PC

Step 1. Get a Cardano wallet like Daedalus Wallet, Yoroi Light Wallet for Cardano, Exodus or Atomic wallet. After that, copy your public Cardano address.

Step 2. Download the XMRig MSVC version from XMrig.com or GitHub. After you download the .zip file, extract it to any folder on your PC.

Inside the XMRig folder, locate a file usually called "pool_mine_example.cmd" and edit its contents the following way:

The -o in the second line of code includes the Pool URL. All you have to do is to use one of the following URLs, depending on your current location (select the one closest to your area):

Enter the public address of your Cardano wallet in the third line, place it after the ADA: and before the first dot (.).

That's all. You're already mining Cardano on your PC.

How to mine ADA on Android or iOS

To start mining ADA on an Android smartphone or tablet, install the MinerGate app. Once installed, create an account, and you're ready to mine ADA on Android.

It's currently restricted to mine ADA on iOS because it causes damage to hardware.

The profitability of mining ADA varies from one person to another. It depends on taxes, the cost of a mining setup, electricity costs, etc. The best way to decide whether mining Cardano ADA coins is profitable for you is by checking out the Cardano profitability charts, price charts and predictions. Based on this knowledge, you can suggest how profitable it's to start mining Cardano in your location.