How to Invest in Bitcoin 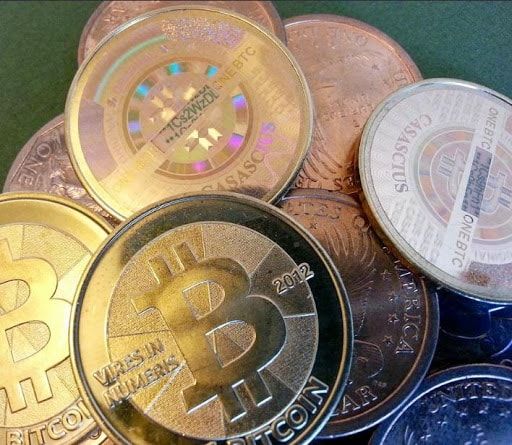 If you ever thought about whether you should invest in Bitcoin, then this article is for you. We'll provide detailed information on the subject to help you develop a proper understanding and take the right decisions. Here are the topics we'll cover in this article:

What to know about Bitcoin investing

How can we describe Bitcoin (BTC) plain and simple? Bitcoin is a new generation of decentralised digital currency, which is also known as a cryptocurrency. It was created online and only works on the internet. No one controls it. Cryptocurrency is issued as a result of the work of millions of computers around the world, with special software calculating the mathematical algorithms. That's Bitcoin in a nutshell.

How does Bitcoin differ from traditional e-money, such as Paypal, WebMoney, Amazon payments or Google checkout?

With Bitcoin, you can buy anything online as you would with dollars, euros or any other currency. In addition to that, Bitcoin trades widely on stock exchanges (e.g., the Chicago Mercantile Exchange) and cryptocurrency exchanges, such as StormGain. Decentralisation is the primary difference between Bitcoin and other forms of money. No institution in the world controls Bitcoin. It's a plus in terms of independence, but for some, this situation may stir distrust. Some questions still remain. Specialists say that by controlling the majority of the computing power on the network (over 51% of mining power), an attacker could interfere with the process of recording new blocks by preventing other miners from completing the task. In theory, that would allow the attacker to monopolise the mining of new blocks and gather all rewards.

Among the vast array of assets, Bitcoin stands out for its profitability, volatility and innovative approach. That provides plenty of opportunities for traders and 'hodlers', too (people who buy low and hold the coin until it reaches their target). But the timing for jumping into a Bitcoin investment is just as important as the moment to sell. In the long run, we can see a significant increase in Bitcoin value. Here is an example of BTC exponential growth and declines.

A developer calling himself Satoshi Nakamoto proposed an electronic payment system based on mathematical calculations. The idea was to exchange coins without centralised control in electronic form, more or less instantaneously and with minimum expenses. On 31 October 2008, Nakamoto published the article Bitcoin: A Peer-to-Peer Electronic Cash System, which described Bitcoin in full. It is a decentralised e-cash system that does not require trust from third parties. In early 2009, he released the first version of a virtual wallet using Bitcoin and launched the Bitcoin network. To this day, no one has verified the identity of Satoshi Nakamoto. Theories on the true entity behind the name range from it being crypto sphere enthusiasts to such groups as the U.S. National Security Agency.

Is Bitcoin a good investment?

While the dollar has an unlimited supply, Bitcoin's total supply is limited. Only 21 million Bitcoins can be issued. Each Bitcoin can be divided indefinitely into smaller parts. One Satoshi (named after the creator of the cryptocurrency) is 0.00000001 BTC. The fixed total supply with growing demand led to a significant increase in the value of Bitcoin. Bitcoin investment is a great chance to multiply your bank account. It's worth mentioning that the time you invest in Bitcoin is important. The cheaper you buy it, the more profit you make! In one of our articles, we predicted the price of Bitcoin in 2020, 2021, 2025, 2030 and 2040.

Is Bitcoin a safe investment?

Bitcoin is a very risky asset type. There were massive surges and drops in price in Bitcoin history. We wouldn't advise investing an amount you can't afford to lose, no matter what the asset is. It's best to diversify investments among a large basket of assets. As you saw in the table above, there are significant ups and downs in Bitcoin's price. For instance, in the past, Bitcoin fell over 80% over several weeks and even months. That happened multiple times throughout its existence.

Dragons Den is a British reality T.V. show broadcast in over 30 countries. The show involves entrepreneurs pitching their business ideas to investors. There are rumours that some Bitcoin trading robots have been presented on this T.V. show and were invested in. There is no evidence to support these claims. It is therefore highly likely that gossip blogs are spreading these unfounded rumours. There was no episode about Bitcoin there. When Peter Jones was asked about his Bitcoin investment and trading robots promoted through their show, he answered as follows:

As you see, many individuals are speculating on Bitcoin investments. It's recommended that attentive readers do their research and due diligence before taking the next step.

On the other hand, we have clear evidence that big hedge funds are interested in Bitcoin. For example, Grayscale Bitcoin Trust, which are expanding their presence in cryptocurrencies and Bitcoin. Grayscale are one of the biggest companies investing in Bitcoin. Here are the metrics from their official site. 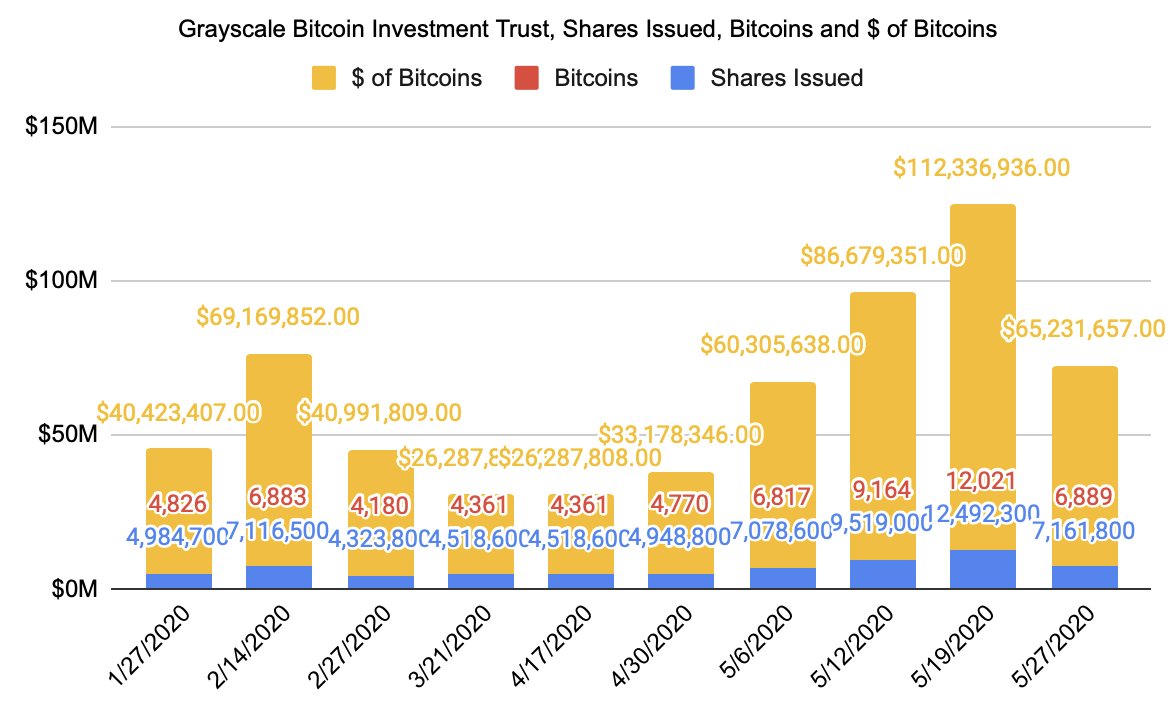 How much money should I invest in Bitcoin?

Every investor should decide for themselves how much to invest in Bitcoin. Investments and risks go hand in hand when you invest in stocks or cryptocurrencies. The higher your Bitcoin investment is, the greater your returns, and vice versa. We recommend studying up first and building a profitable trading strategy. There's no harm in using a demo account with virtual money to learn how trading works to see what your results would be. You can get an understanding of the risks involved in real trading and always stick to your risk management system.

Different ways to invest in Bitcoin

How to invest in Bitcoin in the U.K.?

Many platforms in the U.K. make investing in Bitcoin a possibility. For example, you can fund your account via bank transfer or credit card. You can learn how to buy Bitcoin in our blog article.

Is it worth investing in Bitcoin?

Bitcoin is the first of its kind. BTC's limited supply makes it unique when compared to current fiat currencies with an unlimited supply. And Bitcoin is only 11 years old! In our view, yes, it's worth investing in Bitcoin. 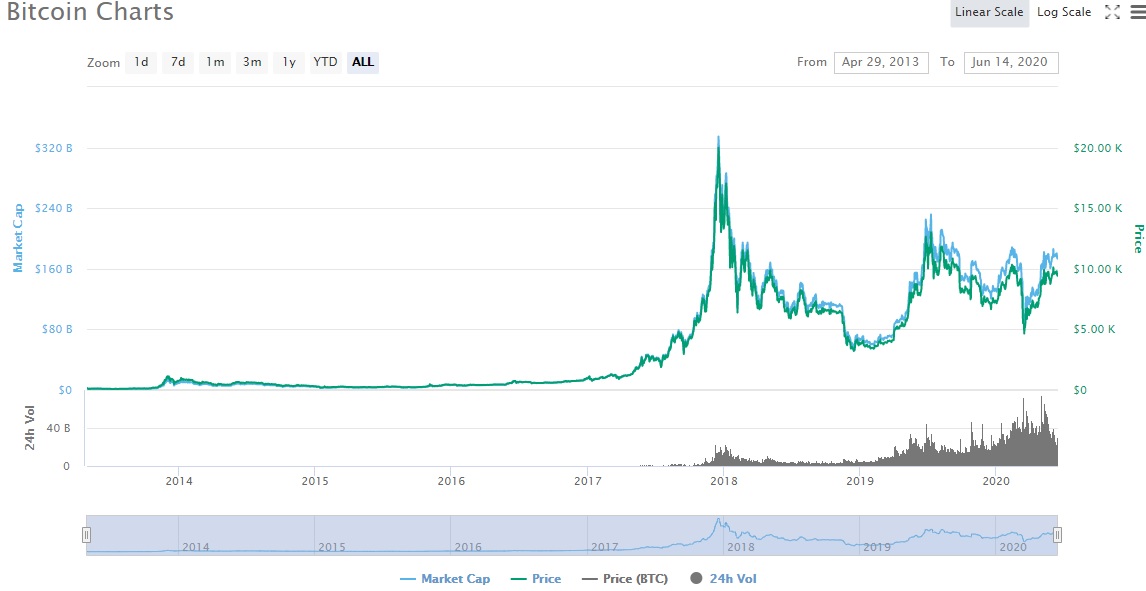 Here are the pros of Bitcoin investment:

There is no central committee governing the Bitcoin network. It's distributed to all participants, and each computer mining Bitcoins is an equal member in this system. That means that no central authority can dictate the rules to Bitcoin owners. And even if part of the network goes offline, the system will continue to work.

When opening a company bank account, you have to go through the seven circles of Hell. In the end, you may be refused without explanation. With Bitcoin, forget about the problems. It only takes five minutes to create a Bitcoin wallet and immediately start using it. No questions, no commissions. After that, all that's left to do is fund your wallet. Read our article to learn more about how to buy Bitcoin with a credit card.

Bitcoin is completely anonymous and, at the same time, fully transparent. An infinite number of Bitcoin addresses can be created without a name, address or any other information. However…

Bitcoin stores the history of all transactions that have ever taken place. This is called a sequential blockchain, and blockchain knows all. So, if you have a publicly used Bitcoin address, anyone can see how many Bitcoins you have in your account. No one will know that the address belongs to you if you don't report it. Those who want complete anonymity use a new Bitcoin address for each transaction.

Your bank can easily deduct $50 for international wire transfers and charge extra. But that's not the case with Bitcoin, where you can send tremendous amounts of money while paying as low as $10 per $1,000,000 transferred!

Despite Bitcoin's many advantages, investing in it comes with some cons, too. Every investor should pay close attention to these risks. The main ones are the lack of equivalent values of cryptocurrency, the uncertainty of regulatory authorities, hacker attacks and anonymity. Here are the cons.

The opponents of the first cryptocurrency use this argument. Everyone knows the value of gold and fiat money, but opponents say that value of Bitcoin isn't backed by anything. It can be argued that Bitcoin is at least backed by the resources spent to produce and run the network. However, the value of cryptocurrency rests on demand. The more demand there is, the higher the value is. The real value of a cryptocurrency is the result of speculative transactions and the hype around the currency itself. If large investors suddenly decide to sell their Bitcoins, panic would ensue on the market, which would lead to a dramatic collapse in prices. Bitcoin's collapse in 2018 is associated with this phenomenon.

Financial regulatory institutions in different countries are very wary of cryptocurrency. In the United States, the Securities and Exchange Commission still cannot decide what kind of asset to consider Bitcoin. There are strict restrictions on the activities of cryptocurrency exchanges and companies. It is still unknown when Bitcoin will be recognised as a universal medium of exchange.

Fraudsters became active in the cryptocurrency field almost immediately after its inception. Nearly every year, trading platforms get hacked, with thieves stealing hundreds of millions of dollars. Investors are left unprotected, unable to get their money back. Only in recent years have law enforcement agencies begun to investigate such cybercrime successfully.

In summary, investing in and trading cryptocurrency is the newest market, one that requires some specialised knowledge. Today, cryptocurrencies are one of the fastest-growing classes of investment assets, guaranteeing unseen prospects and threats for the development of the entire global financial system. Many governments are slowly changing their negative attitude towards cryptocurrency. Having analysed the dynamics of Bitcoin's value and its market capitalisation, we can predict that Bitcoin will continue to grow.

Why is Bitcoin rising? Essential factors

09 Jul, 2020
The world is changing rapidly, and new opportunities and challenges are emerging every day. The rise of the first cryptocurrency, Bitcoin, is one of those opportunities.
Next article