How many Bitcoins are there in circulation?

Many people trying to learn more about cryptocurrencies are interested in finding out the amount of Bitcoin in circulation. However, the question "how many Bitcoins are there?" is more complicated than it might seem at first glance. In this article, we'll answer this and a few other related questions in detail. So, without further ado, let's get started.

Economists and journalists often get caught up in this question: Why does Bitcoin have value? And the answer is very easy. Because it is useful and scarce. - Erik Voorhees, CEO and founder of ShapeShift

How many Bitcoins are there?

At the time of writing, there are 18,483,118 Bitcoins, although this number is constantly increasing. New Bitcoins are created through a process named mining, which verifies Bitcoin transactions and adds them to the blocks of the Bitcoin blockchain. As a reward for doing this work, the miner who managed to add a block first receives a certain amount of Bitcoins. Currently, the block reward is 6.25 Bitcoins. Given that a new block is added to the Bitcoin blockchain approximately every 10 minutes, it turns out that the total number of Bitcoins in circulation increases by 6.25 every 10 minutes. 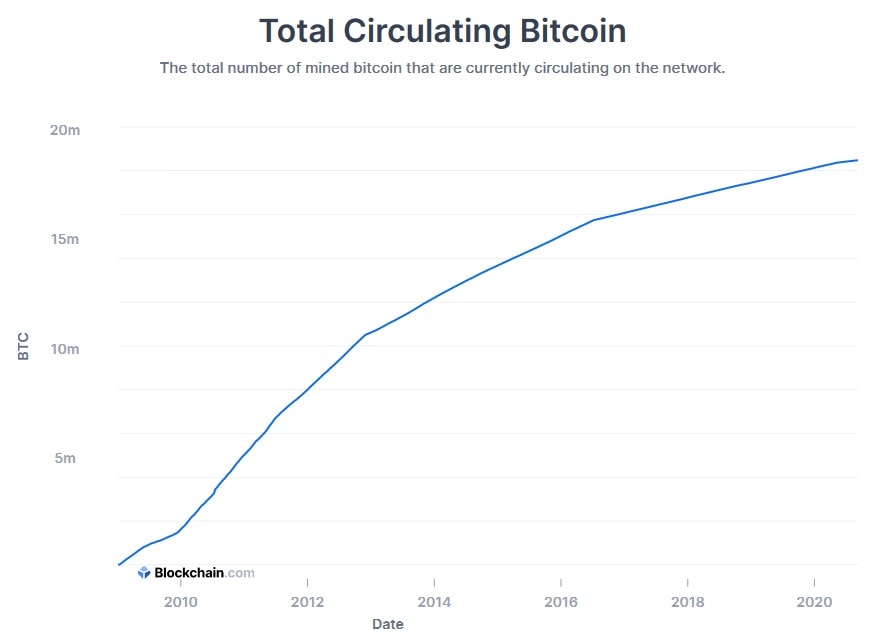 What are the limits?

The maximum amount of Bitcoins that can ever be mined is 21 million. It's unknown why Satoshi Nakamoto, the mysterious creator of Bitcoin, chose this exact number, but we do understand why the limitation was introduced: to prevent inflation. Unlike central banks, which can issue their currencies in any volume at their discretion, thus causing inflation, the number of Bitcoins is increasing at a stable, predictable and periodically decreasing rate. 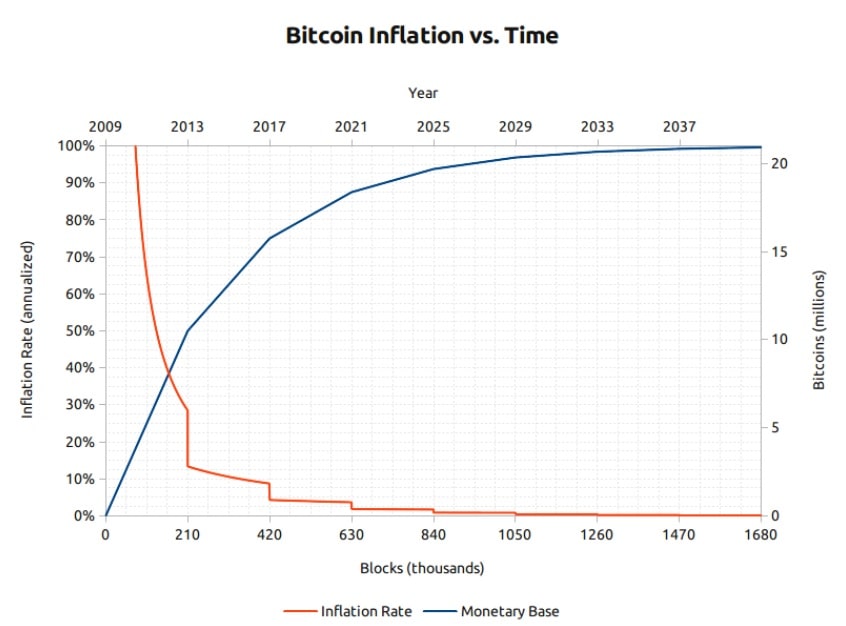 Limiting the maximum number of Bitcoins is possible through a procedure called halving. It cuts the block reward in half after every 210,000 blocks generated and happens about every 4 years. At the very beginning, the block reward was 50 Bitcoins. Since then, there have been 3 halvings, and, as already mentioned, the current block reward is 6.25 Bitcoins. The next (fourth) halving event will occur around May 2024.

How many Bitcoins are there left to be mined?

Currently, there are only 2,516,882 Bitcoins left to be mined. It's only 11.99% of the total amount of Bitcoin. But because of halving, the mining of the remaining Bitcoin will become 2 times slower every 4 years. Thanks to this slowdown, the last Bitcoin will be mined around 2140. 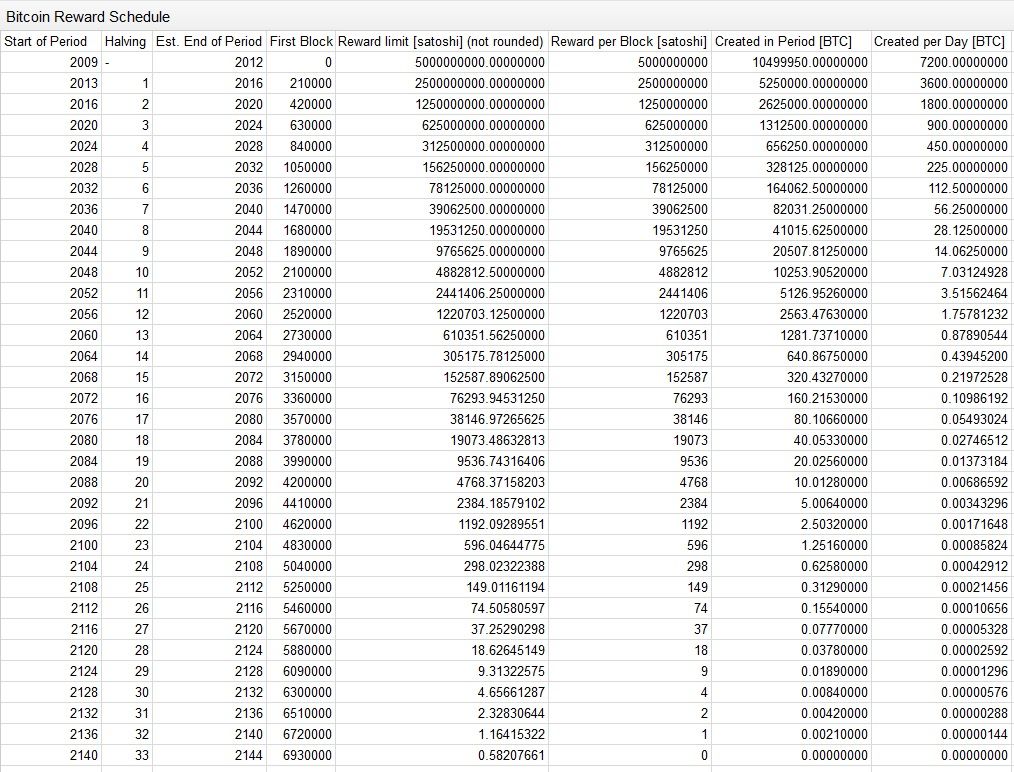 It's worth mentioning that even after the last Bitcoin is mined, mining will not necessarily stop, since the reward for mining (and, as a result, for keeping the Bitcoin network operational) will still exist in the form of commissions for transactions included in the block.

But when you try to answer the question "How many Bitcoins are there now?", you need to take into consideration one more factor. "How many Bitcoins are there in total?" and "How many Bitcoins are in circulation?" are really two different questions with different answers. The thing is that since the first block was generated, a considerable amount of Bitcoins has been lost. The only way to control Bitcoins on any Bitcoin address is to know the so-called "private key" to the address. So, if the owner of the Bitcoins has lost the private key or for some other reason is unable to use it, the Bitcoins on that address are effectively lost and cannot be withdrawn from there. Although people now tend to keep their private keys safe, in the days when Bitcoin had little to no monetary value, its owners were much less careful.

Some of the reasons Bitcoins can be lost:

So, the moral of the story is "always make a backup".

How many Bitcoins are lost? The answer is: we don't know for sure. To an outside observer, a lost Bitcoin looks identical to one that isn't lost. The only way to make a guess is to estimate the time during which there were no outgoing transactions from a specific Bitcoin address. According to a study by blockchain analysis company Chainalysis, there are about 4 millions Bitcoins that have been irretrievably lost. Moreover, the number of lost Bitcoins will only increase over time.

In addition, many Bitcoin holders, including large ones, prefer not to use their Bitcoins as a means of payment. Instead, they prefer to store them in crypto wallets for an indefinite period of time. That means that even though these Bitcoins aren't lost, they can't be considered to be in circulation.

How to do technical analysis for cryptocurrency

15 Sep, 2020
As the popularity of Bitcoin and other cryptocurrencies grows, so does the number of traders in the crypto mar
Next article