The social media giant Facebook has revealed plans to create a native cryptocurrency named Libra. According to its developers, the company plans to create an international currency and financial infrastructure that will be used by billions of people all around the world.

Once the project was presented, it became evident that people’s attitudes toward the company’s plans were mixed. Governments, banks and regulators have expressed fears that Libra coin may negatively affect the traditional financial system. On the other hand, some blockchain technology enthusiasts believe that Facebook’s crypto will have a positive impact on the economy.

Let’s explore what Libra crypto is and how it can affect the global economy.

The first mention of Facebook’s intent to create a cryptocurrency appeared in May 2018. At that time, the company was showing an increased interest in blockchain technology and was hiring blockchain specialists to create an intranet payment system. The Libra project was officially presented on 18 June 2019.

That day, Mark Zuckerberg wrote on his Facebook page that the company and 27 other organisations had united to create a new currency called Libra that would be scheduled for release in 2020. According to the plan, Libra would create an alternative to cash, credit cards and bank transfers. Interestingly, in his rather lengthy message, Zuckerberg never once called Libra a cryptocurrency.

Libra is a new global cryptocurrency built on an open-source blockchain called ‘Libra Blockchain’ that comes with its own proof-of-work protocol. David Marcus, the former president of the e-payment system PayPal, is heading up the Libra project. According to him, the Libra project will ensure fair competition in financial services.

Let’s consider the company’s goals and what its main competitive benefits are:

As such, Facebook and other Libra Association members plan to launch a cryptocurrency that can be used to make payments worldwide without worrying about security or transaction speeds. Unlike Bitcoin, Libra will not have high volatility due to a special reserve. If you haven’t got Bitcoin yet, you can read our guide on how to buy Bitcoin with a credit card in a fast, secure way.

What is Libra Crypto?

Libra crypto is similar to other cryptocurrencies, but especially to stablecoins. It’s built on a private blockchain and relies on a reserve of several currencies designed to mitigate the impact of price volatility. According to its official whitepaper, Libra coin is supported by a non-profit organisation called the Libra Association, which has two main functions: 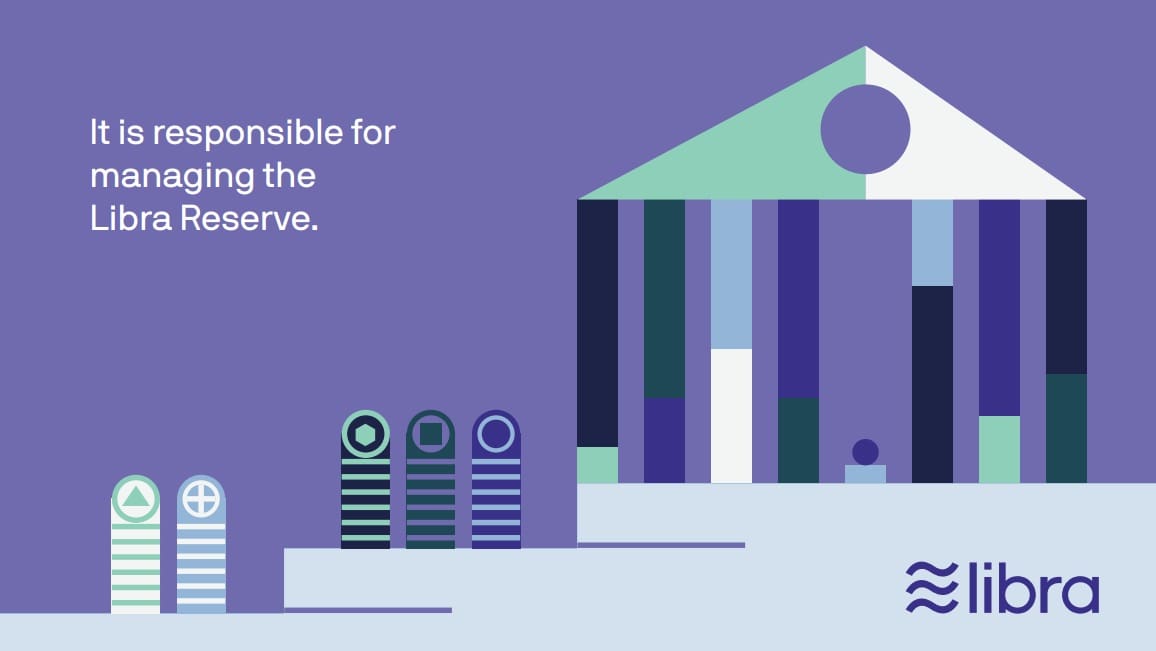 Facebook’s crypto coin is maintained by its reserves (“Libra Reserve”), which consist of a basket of low-volatility assets that is structured to maintain its value relatively stable. However, Libra is not intended to be a stablecoin, and its value isn’t linked to a single fiat currency. Instead, the Libra crypto price will initially be supported by a basket of assets denominated in three fiat currencies: USD, GBP and EUR.

Although these currencies are initially included, other assets that meet the main criteria may likely be included in Libra’s basket, regardless of their nature (crypto, fiat or indices).

The Libra Association is an independent, non-profit organisation headquartered in Geneva, Switzerland. The location was well-chosen because Switzerland is famous for its neutrality and active blockchain technology development.

What is the Association’s role? The Association regulates the work of the Libra blockchain. It ensures smooth interaction between members — the validation nodes network — by helping them expand, develop and promote the network. The Libra Association also manages the reserve. 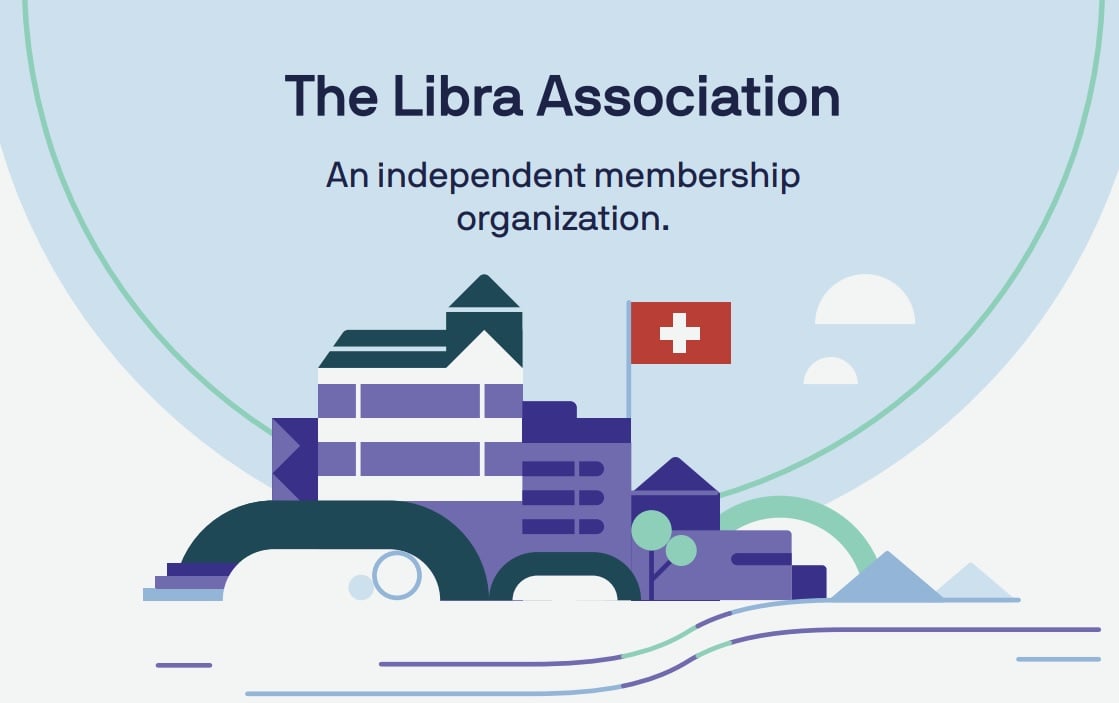 The presence of the Libra Association suggests that decentralisation is incomplete. However, the developers plan to reduce the control of the organisation’s members. The Association controls Libra, while each member manages the validation node. Here’s the list of Association members:

Some organisations have decided to leave the Libra project before its launch. These include Visa, MasterCard, eBay, PayPal, Stripe, Mercado Pago, Brooking Holdings and Vodafone.

As we mentioned, Libra crypto is classified as stablecoin, backed with a reserve of assets. It will include cash, bank deposits and short-term government securities in various currencies from reputable central banks. The US Dollar, Euro and British Pound are expected to be included in the basket.

The reserve will guarantee a stable price for Libra coin in the future. It won’t be possible to earn on it, as on Bitcoin, Ethereum or other coins with high volatility. (Note: we describe the importance of volatility in our article The Top 5 Traded Cryptocurrencies in 2020). However, these coins have common features, such as advanced encryption, high money transfer speed and low transaction costs. 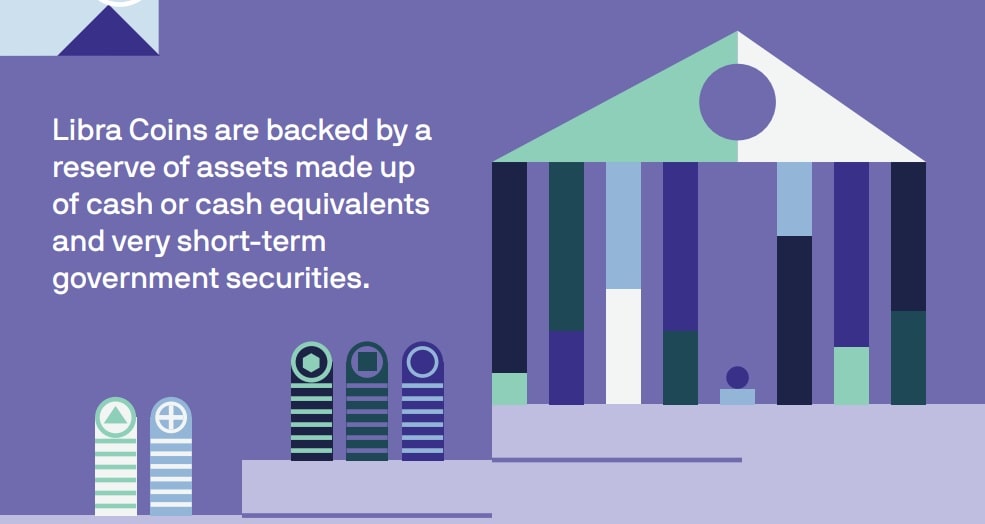 Nevertheless, Libra coin is not a standard stablecoin because it will not be linked to a specific currency. As the price of underlying assets changes, the value of Libra crypto can also change.

You may ask where the money for the reserve will come from. There are two primary sources: from Association members and ordinary users. Any Libra acquisitions by network members will fund the reserve and, accordingly, increase the cryptocurrency’s reliability. Assets will be stored in reliable depository organisations in different countries, thus providing a high level of security and decentralisation.

The Libra Blockchain is designed from scratch. It is the foundation for the new cryptocurrency and meets the following requirements: 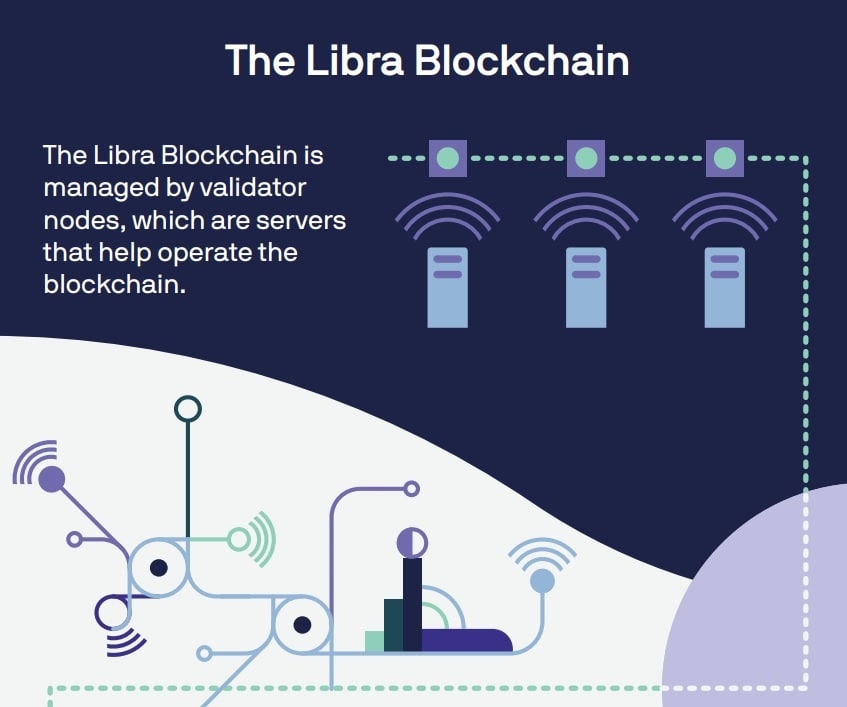 The Libra Blockchain uses the Byzantine Fault Tolerant (BFT) consensus algorithm. It ensures that the Libra network operates reliably even if some nodes (not more than 1/3 of the network) are hacked or have crashed. The BFT algorithm guarantees high transaction speed, low latency and more efficient approval than the proof-of-work algorithm.

Like Bitcoin’s blockchain, the Libra Blockchain provides transparency, which means that anyone can view the status of any transaction. Merkle trees, data structures that can quickly detect any changes in existing information, are used to protect information. Therefore, Libra Blockchain is a single data structure that records transaction and status history rather than a set of blocks. This approach speeds up the work of applications that access the network.

According to Perez, Facebook does not want to become another asset management fund. He cited BlackRock, the world’s largest asset manager, and said Facebook does not want to compete in this market. Perez confirmed that the major world currencies will back Libra after its launch. Additionally, Perez is confident that all regulatory issues will be resolved by the time the cryptocurrency is launched.

How to mine Libra

You may wonder how you can mine Libra. We have disappointing news for miners: it’s impossible to mine Libra coins. Only Libra Association members can issue Libra coins. The token’s supply and value haven’t been defined yet. The structure of the whitepaper allows us to conclude that supply may be unlimited as it is with national fiat currencies.

Where can I buy Libra?

Want to know how to invest in Libra coin and how much Libra coin is worth? Because the Libra crypto hasn’t been launched yet, we can’t buy it. However, the cryptocurrency wallet Novi, previously known as Calibra, is under development. The Association is focused on making the purchase and transfer of Libra as simple as possible. In the future, you will need to install the Novi wallet to buy Libra coin. There are plans to integrate the wallet and cryptocurrency into Facebook and WhatsApp messenger.

Naturally, Facebook’s plans to launch a blockchain-based payment system have caused discontent among governments, banks and financial regulators. The company’s scandalous reputation for loosely managing its users’ data for marketing purposes has played a role in this regard.

There are known cases of leaks of users’ personal data due to backdoors in the social network security system. However, US authorities’ biggest fear is caused by the IT giant’s growing influence on the country’s economy. 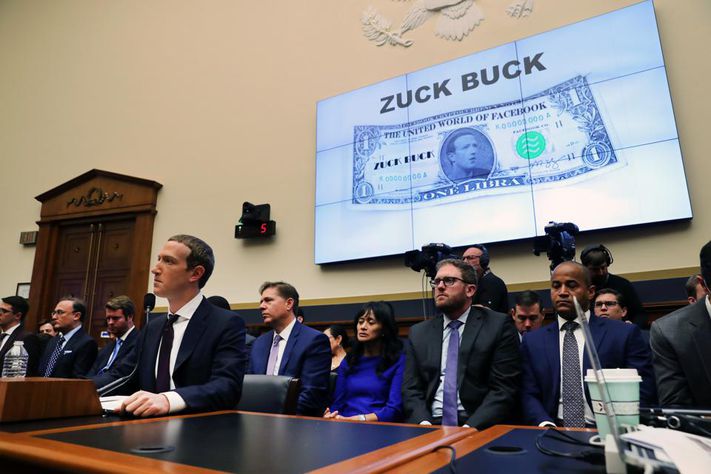 For example, US Senator Elizabeth Warren believes that today’s major technological behemoths have too much power and prevent the new generation of IT companies from establishing a proper place in the industry. As such, government officials have not yet decided to approve the new Libra crypto Facebook project, which will further increase the company’s role in society and the finance sector.

This concern isn’t limited to the United States. Authorities in the United Kingdom, Canada, France, Germany, Italy and Japan are critical of the project and are taking steps to block the platform from operating in their jurisdictions. According to the French Finance Minister Bruno Le Maire, the Libra cryptocurrency can’t be considered a substitute for fiat money. The minister proposed that the G7 countries’ central banks carefully analyse the project.

German parliamentarian Markus Ferber has a similar position. He believes Facebook may well become a “shadow bank”. Most central banks believe that Libra could undermine their countries’ sovereignty. They also suggest that the cryptocurrency will be used for money laundering.

As for developing countries with huge economic difficulties, there is still a chance that Libra will become an accepted currency. In this case, the consequences for the national economies of these countries are impossible to predict.

In the United States, the attitude towards Libra is even more complicated. Congress and regulators continue to study all potential risks posed by the project. We can say that the country is tightening its financial policy. All concerns are about what impact it will have on the economy and the dollar’s stability. Authorities are interested in how the corporation will maintain confidentiality and protect users’ rights.

Mark Zuckerberg is trying to resolve these issues. He is answering questions from Congress, meeting with central bank governors and regularly consulting with the Treasury Department, the Securities and Exchange Commission (SEC) and the Commodity Futures Trading Commission (CFTC). However, the results of these meetings and negotiations haven’t been reported in detail.

One thing is clear: governments want to strictly control the Libra Association, fearing its private influence on monetary policy and the economy as a whole. The goals of the Association and governments may not be the same. In general, the project’s leaders have a lot of issues to resolve.

It’s safe to say that Facebook’s desire to create the Libra cryptocurrency will have a significant impact on the financial industry and the world economy. With the support of a diversified fiat money basket in its initial issuance, Libra crypto represents the first attempt to create a world cryptocurrency with the daily use by billions of people and organisations around the globe.

However, its success will depend a great deal on whether Libra can convince regulators and financial institutions to work with the consortium to create a flexible structure that meets the need for decentralised management while complying with existing domestic and international regulatory standards.

Other important factors are the ability to scale up Libra’s user base and create a reliable alliance of financial institutions that support secure reserve retention and provide two-way exchange functions. The Libra Association’s ability to operate independently of Facebook is vital to gaining the public’s confidence.

Regardless of whether this becomes one of the greatest successes in the crypto industry, Libra is likely to contribute to closing the gap between the right of access to basic financial services for individuals who do not have access to banking systems.

How many Bitcoins are there in circulation?

17 Sep, 2020
Many people trying to learn more about cryptocurrencies are interested in finding out the amount of Bitcoin in circulation. However, the question "how many Bitcoins are there?" is more complicated than it might seem at first glance.
Next article