Stellar is an open-source, decentralised blockchain network. The Stellar blockchain operates in Stellar Lumens (XLM), the system's native token. Who could predict that the price of stellar lumens would increase more than 300 times in 2017? It was an excellent year for Stellar: Many partners joined the network, and the IT giant IBM was among them. Currently, XLM ranks 24th in the top 30 cryptocurrencies by market capitalisation. From 2018 to 2020, the price of XLM was hammered down. However, in 2021, Stellar Lumens reached a high of 0.797800, which is the highest price point since January 2018, indicating huge market strength. Our Stellar price prediction article will help you understand what to expect of XLM's future price, especially as we come into the new year – 2022.

What is Stellar Lumens (XLM)?

Stellar is a decentralised, open-source protocol that aims to conduct fast, cross-border transactions between any currency pairs. Stellar blockchain also allows for the development of decentralised applications (dApps), which makes it possible to create new projects based on Stellar. The native token of the Stellar ecosystem is called Lumen (XLM), and all operations within the Stellar network are performed through it.

Stellar was founded in early 2014 by Jed McCaleb and Joyce Kim. The project was developed as a fork (branch) of the Ripple cryptocurrency. Early in its development, Stellar (XLM) was based on and operated on the Ripple network. However, in November 2015, the Stellar team launched their network on their protocol. Since then, it has processed over 450 million operations for over 4 million personal accounts. Large companies and small- to medium-sized businesses have chosen Stellar (XLM) to transfer funds and enter new markets.

Stellar is making a peaceful revolution in the world of payments by establishing partnerships with central banks and integrating cryptocurrencies into the financial ecosystem.

The Stellar network's real-world application is expanding every day. New companies and projects are joining the Stellar Consensus Protocol and widening the technology's areas of application. Many not-for-profit organisations and businesses use Stellar's infrastructure. To make a prediction on Stellar Lumens' future, we should turn our attention to the following partners and real-world solutions already in action: 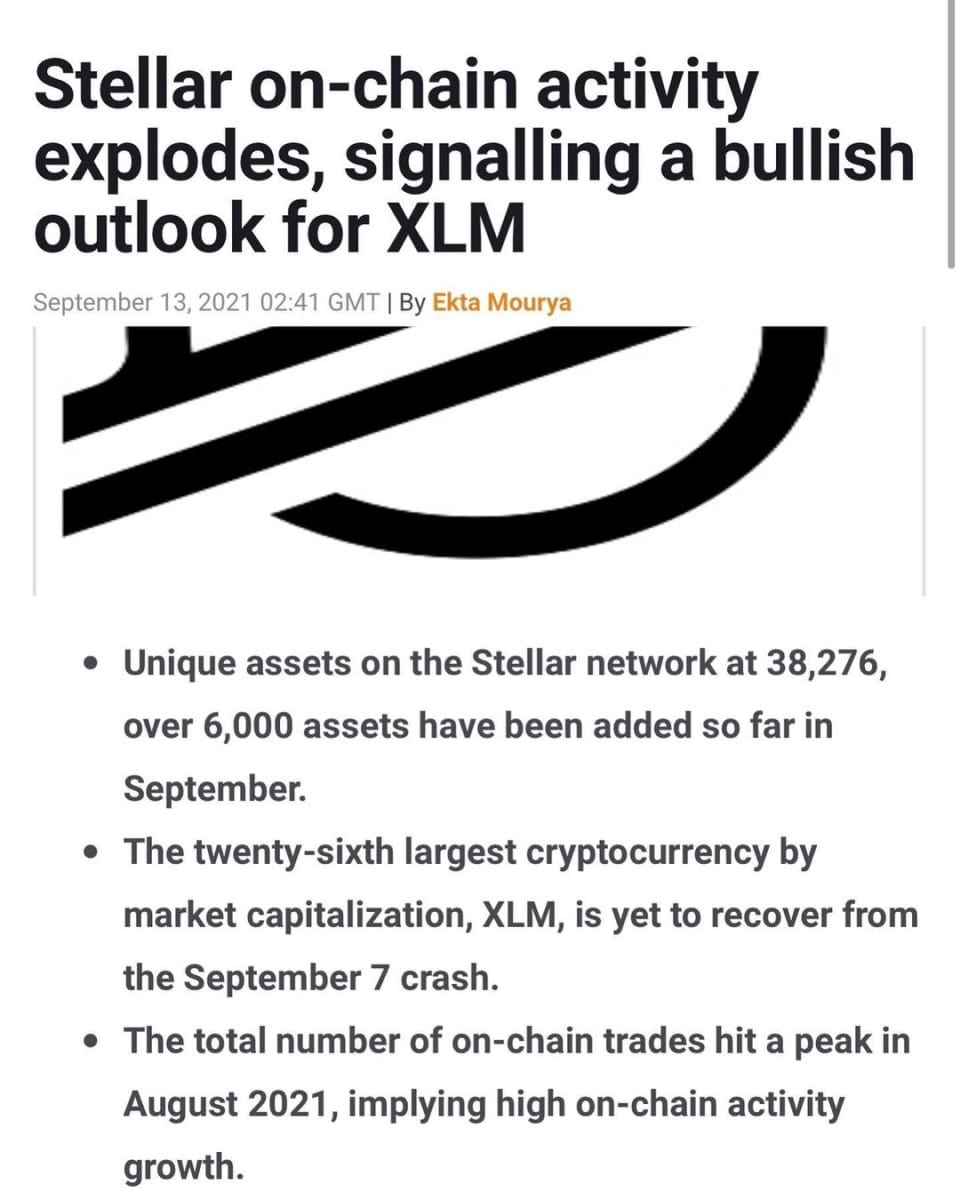 As we've already discussed, the Stellar network is designed for currency transactions. But how exactly does the network work?

Each server stores records of all accounts in the decentralised network. Records stored in a database are called the "general ledger". The server declares changes in the general ledger, provides transactions, transfers the account from one state to another, spends the account balance, or changes its attributes. 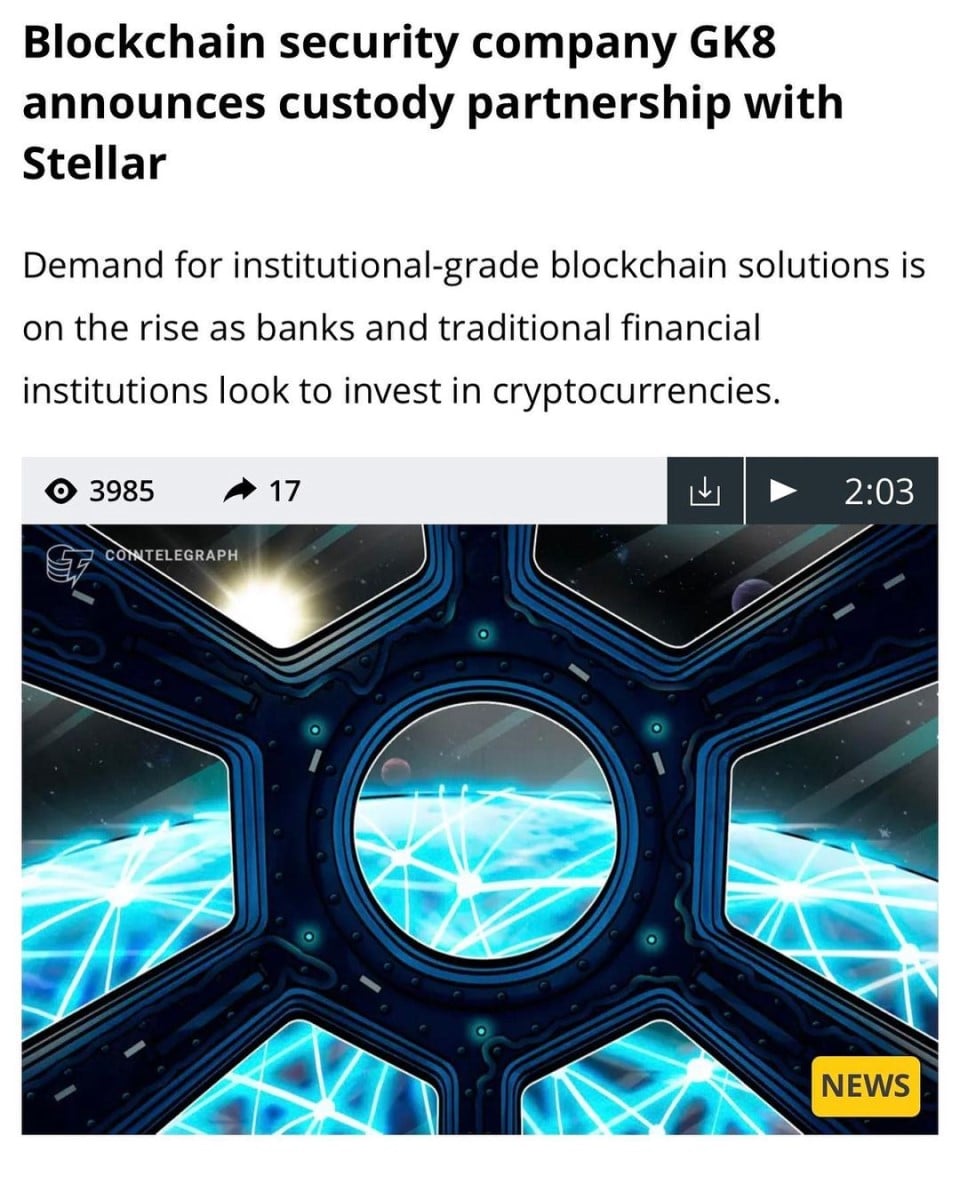 All servers try to reach an agreement that allows some transaction packages to be applied to the ledger through a process called consensus. The consensus process starts at regular intervals, usually every 2-4 seconds. This will keep each server's copy of the ledger synchronised and in the same state. During the early days, when Stellar ran on the Ripple protocol, a system problem was detected with the existing consensus algorithm. Stellar developed a new consensus algorithm and created an updated version of the protocol based on a brand-new code. The new algorithm's code and technical documentation were released in April 2015. The upgraded network was put into operation in November 2015. When organising the Stellar payment network, they took the following actions and adopted certain rules to help avoid the problems previously faced when using the Ripple network:

These steps allowed Stellar developers to gain cryptocurrency investors' trust and confidence in the future of the company. 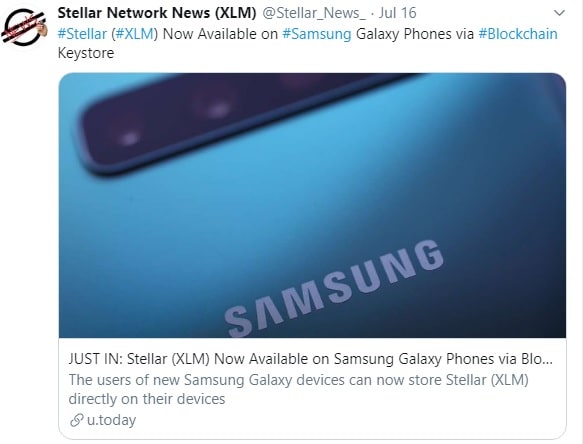 Through the Stellar network, users can transfer Stellar Lumens (XLM), Bitcoin (BTC), Ethereum (ETH), dollars, or any other currency to other users around the world. Stellar has a built-in conversion system that allows users to send one currency while the recipient receives its equivalent in another currency. Samsung recognised the potential of Stellar and integrated XLM into its new Galaxy smartphones. The company's innovative technical solutions for exchanging assets give us confidence in Stellar's future.

To make a price prediction on Stellar, we must look at historical data. Stellar is a high-quality project that was created in 2014 and continues to develop to this day.

Back in 2014, it was hardly possible to predict that XLM's future price would reach nearly a dollar. But let's review the price from this cryptocurrency's first steps.

In 2014, when the coin first appeared on exchanges, the asset's price was looking for a real value. In November 2014, as the coin approached $0.0012, investors showed interest and brought the coin's value up to $0.01 in December 2014. That was the first time Stellar Lumens (XLM) value increased ten-fold. After reaching that high, XLM's price declined. It was only in August 2015 that XLM retested the previously established low and slightly passed it. From then until April 2017, Stellar Lumens traded in the range of $0.0012 to $0.0038.

Right after hitting a new high, XLM's price was dragged back down by bearish momentum in Bitcoin, reaching $0.0063 on 15 September 2017. One day later, it bounced back above $0.01. In September 2017, the upside momentum resumed, and, on 4 January 2018, the price peaked at almost $1, setting an all-time high. At that euphoric moment in the history of cryptocurrency, it was hard to imagine the suffering that awaited XLM coin in the future.

Following the drop from the year high in May 2021, XLM has struggled to regain higher prices. It bounced off the support at $0.200 and moved by over 100% before it lost steam and began to trade lower. As of 14 July 2022, it currently trades at around $0.112 and has formed a descending wedge at the support. We can expect a breakout from that wedge, and the likely direction will be lower considering the recent bearish pressure that has assailed the crypto market.

WalletInvestor's XLM coin prediction shows that XLM may rise by over 50% in the next year, stabilising at around $0.163. It gets better later in the decade as they also predict that the price of one Lumen token in 2027 may reach as high as $0.380.

With Stellar, there will be significant reductions in fees in the future, and money can be sent anywhere, quickly and affordably. New projects keep popping up on a Stellar blockchain, making their contribution to the ecosystem. The goals that the company has set for itself are achievable, and it's doing its best to bring them closer to us.

Will Stellar Lumens go up?

Stellar is one of the best and oldest coins on the cryptocurrency market. It has a long history, and the coin's cycles can be predicted. Stellar Lumens (XLM) ran through 3 cycles with a price increase over 19 times in each cycle. History has a cyclical nature; we can expect what's happened in the past to occur in the future. One thing can be said for sure about whether Stellar goes up: a $1 target is conservative.

Through a review of Stellar price predictions, we can expect wider adoption and growth in the future. The company is working on solutions to make our lives better. Stellar is working on providing a future in which ordinary people can quickly send money anywhere affordably. By setting these goals, they revealed the real power of the modern digital economy. It's time to build your future with StormGain, a reliable platform with a user-friendly interface and a wide range of assets to invest in.