What is an NFT? Non-fungible token definition with examples

NFT. So many people have heard the acronym in recent months. NFTs are talked about everywhere. They are publicised by celebrities and sold for thousands and even millions of dollars. However, many ordinary Internet users still have a very vague idea about the concept of NFT. What is it? How to create it? How do NFTs relate to crypto? How to buy them? All these questions and many more will be answered in this article.

What is an NFT?

Non-fungible tokens (NFTs) are digital assets created on a blockchain, each with unique identification codes and metadata that distinguish them from each other. Accordingly, each of these tokens is unique and irreplaceable and exists in a single copy. Because of their uniqueness, these tokens can represent both unique real-world objects (like real estate or art objects) and one-of-a-kind digital assets (such as images, music, videos and 3D models).

In other words, an NFT is basically a digital certificate attached to a unique object. This certificate is stored in a blockchain, guarantees the originality of the object and assigns the rights to this object to its owner.

How do NFTs work?

Most NFTs are currently based on the Ethereum blockchain, although they can also be created on other blockchain platforms, including specialised ones such as Ravencoin. Typically, the ERC-20 standard is used to create regular fungible tokens on the Ethereum network. But this isn't the case for NFTs. The ERC-721 and ERC-1155 standards are used to create them.

ERC-721 was originally created specifically for non-fungible tokens and includes unique token identifiers that can be used to track every transaction involving a token that has ever been made and everyone who has ever owned that token. ERC-1155 is a more advanced standard for NFTs and allows you to reduce transaction costs and batch multiple NFTs in one smart contract.

Each NFT can only have one owner at a time. However, NFT creators can create shares of their NFTs, thus making joint ownership possible. The owner of an NFT can easily prove their ownership with a private key. Moreover, the NFT creator's public key is proof of the authenticity of the asset assigned to that NFT.

Although NFTs are most often associated with digital pictures at the moment, they can, as mentioned above, represent almost any unique asset, whether real or digital:

Although an NFT and a cryptocurrency are based on the same principles and use the same blockchain technology, they have some differences.

Because art objects are unique by their very nature, NFTs are very well-suited to represent them, especially in the case of digital art objects, such as images. Moreover, NFTs solve many of the problems that artists face all the time. Tokenisation of one's work saves the artist from having to undertake patenting and other time-consuming activities aimed at protecting rights. When it comes to sales, NFTs allow artists to sell their work without the lengthy paperwork process and avoid costly intermediaries in the form of auction houses. In addition, NFTs allow artists to determine which rights will be transferred to the buyer of their work. It also enables artists to set a royalty that will bring them a profit on each subsequent resale.

Given all this, it's not surprising that the arts were the first area where NFT experienced such explosive growth.

NFTs and photography work quite well together. Creating NFT photos is easy, and they can be a good additional source of income for professional and amateur photographers alike, at least if they have interesting and unique photos. The ability to easily and quickly secure the rights to a photo and then just as easily transfer those rights has proven to be a revolutionary feature in the photography market. Photos that used to be taken by amateurs for fun can now easily bring in money.

Having said that, it's worth remembering that listing an NFT isn't free, so photographers who want to try their hand at the NFT market should choose images that will be of interest to collectors.

NFTs in the gaming industry have fallen on fertile ground. Collecting skins, weapons or pets and searching for rare items have long been commonplace among gamers. However, until now, in-game items, even bought with real currency via microtransactions, don't really belong to the players. NFT can change this situation by giving players more control over their in-game items.

As a result of NFT's infiltration of the gaming industry, a phenomenon called NFT games has emerged. These games don't simply use NFTs as an additional monetisation mechanism but are built entirely around them. Many of these games use a business model called 'Play-to-earn'. This business model allows players to exchange in-game NFTs for cryptocurrency, which can then be converted into fiat money.

How to create NFT?

The algorithm for creating an NFT depends on the platform you choose. There are already quite a few marketplaces selling NFT: OpenSea, Rarible, Mintbase, Foundation, Zora, etc. The most popular and easiest to use at the moment are the OpenSea marketplace and the Binance Smart Chain ecosystem. When choosing a platform, make sure it specialises in the type of NFT you plan to create: image, audio, video, etc. Also, consider that competition amongst NFT creators is increasing, so it's worth sizing up whether your future NFT is likely to be of interest to buyers. The general algorithm for further action is as follows:

How to sell NFT

Once you've created your NFT, you can put it up for sale on the same platform. The initial price of the token is set by its creator. The platform on which the auction takes place sets up its own commission fee, which is charged at the time of sale.

How to buy NFT

The algorithm for buying an NFT is much the same as for selling it. You need to create a cryptocurrency wallet, go to the platform that sells NFTs and connect your wallet. After that, you can choose the tokens you want to buy. You can buy NFTs at a fixed price or participate in an auction. Different platforms have different rules and commissions, both for sellers and buyers, so it's better to learn the rules before you start using the platform.

Non-fungible token use cases and examples

There are already a huge number of NFTs. Here we give examples of some of the most famous of them. 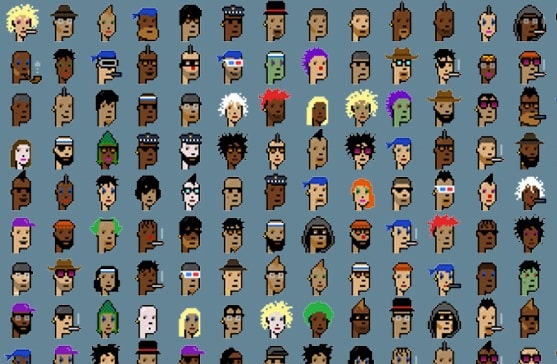 Pitfalls of the NFT

Despite the current hype around NFT, it's often criticised and for a good reason. The following arguments are the most commonly used by NFT critics:

24 Feb, 2022
For any state currency, leading growth factors are a strong national economy, high demand for goods from abroad, international authority and the confidence of its citizens in the future of the country.
Next article