As the blockchain industry develops, the range of services offered by blockchain projects is expanding. Of course, it was only a matter of time before blockchain developers got to the cloud storage market. It's a growing segment, and, given the speed at which data is being created, it makes sense that the need for additional storage space continues to grow.

On top of that, established data storage solutions are centralised and therefore vulnerable to attacks. Until recently, cloud storage services were the domain of big companies that own large centralised data warehouses. One project aimed at competing against the monopoly of cloud server companies is Filecoin. In this article, we'll explore this project, the associated FIL cryptocurrency, and their future.

What is Filecoin (FIL)?

Filecoin is a decentralised file storage protocol that allows users to rent out disk space and get paid for it in Filecoin (FIL) cryptocurrency. People who purchase storage space can get it at a very competitive price compared to centralised cloud services. This technology should create a global market for disk space.

Unlike cloud storage, where storage companies can control the information stored and act as an intermediary, Filecoin uses a decentralised architecture that returns control over data to users, protecting the data's integrity and making it easier to retrieve data and prevent censorship.

Examples of data that you can use Filecoin to store are:

Development on the Filecoin project began back in 2014. In the fall of 2017, the project raised $257M through an Initial Coin Offering (ICO), one of the largest in crypto market history.

Filecoin was created by Protocol Labs, an American software company that aims to develop technologies for Web 3.0, the next generation of the decentralised Internet. Other significant projects from Protocol Labs are the InterPlanetary File System (IPFS) and libp2p protocols. Juan Benet, an American computer scientist, is the founder and CEO of Protocol Labs. 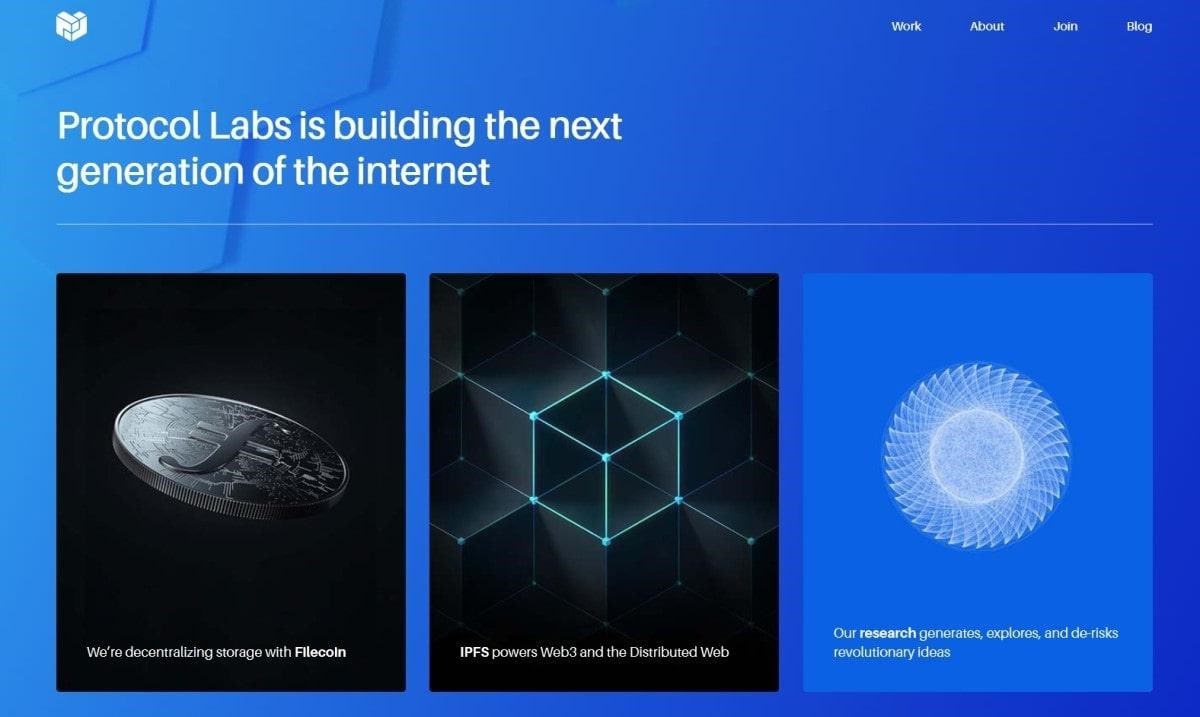 Initially, the launch of Filecoin's mainnet was slated for early 2019, but it was postponed several times due to development difficulties. It finally launched on 15 October 2020, and the project's coin was immediately listed on the market's largest cryptocurrency exchanges.

Filecoin is a decentralised storage market — think of it like Airbnb for cloud storage — where anybody with extra hard drive space can sell it on the network. — Juan Benet

The Filecoin network is built on IPFS, a distributed storage system that connects a network of peer-to-peer nodes. Each node, in turn, stores only a fraction of the entire system's shared files. As such, IPFS provides data storage, and the Filecoin network allows users to rent out available space on a computer's hard drive in exchange for a reward in FIL cryptocurrency.

Miners play a key role in keeping the Filecoin network up and running. Decentralised storage users pay Filecoin to miners to store, retrieve and distribute data. The size of miners' commissions is determined by the supply and demand for data storage and the user-selected transfer rate.

There are two types of miners on the Filеcoin network:

Here's how the Filecoin network functions. Customers place a storage claim at a specified price with a specific replication factor in the Storage Market. There, they agree to a deal with storage miners and transfer their hashed data to those miners. Storage miners place files on their disk space, which is recorded in the blockchain. The client is then provided with private keys to the files. To ensure a higher level of security, user files are stored simultaneously by several miners. Miners add a deposit to the system, which they can lose if the Internet connection is broken or they can't confirm the data storage.

To receive the data back, the client places an order on the Retrieval Market and concludes a deal with the receiving miner, who returns the data for a fee.

Filecoin is a token with fundamental value. Filecoin is like Bitcoin, but miners amass hard drives instead of hashing computers. — Juan Benet

FIL tokens are the Filecoin network's native cryptocurrency. Network participants use them to make payments and receive rewards.

Filecoin opened around $24 in 2021 and consolidated sideways until February, when it too was carried along by the growth that stormed the crypto market. Within the first three months into the new year, FIL had grown by almost 1000% to set a new all-time high at $237.24. Unlike other mainstream cryptocurrencies, FIL didn't sustain that growth spurt for longer. It fell hard, and by July, it had lost more than 80% of the recorded growth to set a yearly low of around $40.

The current trend for FIL price is overwhelmingly bearish. The correction after FIL's price peak was huge, which should generally mean good news for investors who were late to invest in it. But the price action in the last few months hasn't inspired many. There seems to be a bearish wedge forming which is more visible on the H4 timeframe. All these things considered, there is a general uncertainty about price directions for the coming days. Perhaps things will become clear when the price breakouts out of the current wedge. Any more bearish pressure and Filecoin may trade to the support at $14.40.

Well-known crypto experts couldn't ignore a cryptocurrency as popular as Filecoin. Let's take a look at what they think about its future.

Trading Beasts predict a slow decline in FIL's price until 2024, after which it will begin to rise steadily. By the end of 2025, they predict the price will have traded as high as $42.63.

WalletInvestor is also quite bearish with its predictions for the coming years. According to their estimates, the token will fall by over 87% before the end of 2023 and may stabilise around $2.164. They expect this trend to continue in the future and have even predicted the token may eventually crash.

Long Forecast agrees with Trading Beasts that the price of Filecoin may keep trending lower. They predict that the token's value will fall to $10.69 by the end of 2022 but will not recover meaningfully above $20 through Q1 2026 when their prediction ends. Not a very good outlook for Filecoin.

DigitalCoinPrice is the most optimistic price prediction yet. They predict that FIL will be valued at $24.60 by the end of 2022. They also forecast that growth from then until 2026 will be minimal. However, from 2017 till the end of the decade, Filecoin will rise high, and by 2030, the token will be worth $98.73.

Data storage is a promising and growing market, and Filecoin has many advantages over its competitors in the industry. In addition, experienced developers are working on the project, and fairly large investors have invested in it.

However, don't forget that the project has serious competitors, both centralised and decentralised, who were early comers to this market and are unlikely to sit idly by. Unfavourable circumstances on the crypto market can cause the token's price to drop, even if everything is going well for the project itself.

Will Filecoin go up?

How high can FIL go?

Given the uncertain development of events in the world right now, it is difficult to give a specific figure. It may be sometime before Filecoin reaches its current all-time high or even sets a new one.

Right now, the token's price is in a downtrend, but there are signs of a possible reversal. Things are generally uncertain from the point of view of price action, so caution is advised.

24 Feb, 2022
For any state currency, leading growth factors are a strong national economy, high demand for goods from abroad, international authority and the confidence of its citizens in the future of the country.
Next article