One of the main problems preventing the widespread adoption of blockchains and cryptocurrencies is scalability, something many development teams are tackling. In this article, we'll talk about one project aimed at solving this issue: Polygon. We'll explore the project's origins and fundamentals, its native MATIC coin and walk through price predictions for it.

What is Polygon (MATIC)?

The Polygon project is a sidechain of the Ethereum blockchain. It provides the ability to run decentralised applications (dApps) that run on the Ethereum network without the scalability issues inherent in its blockchain. 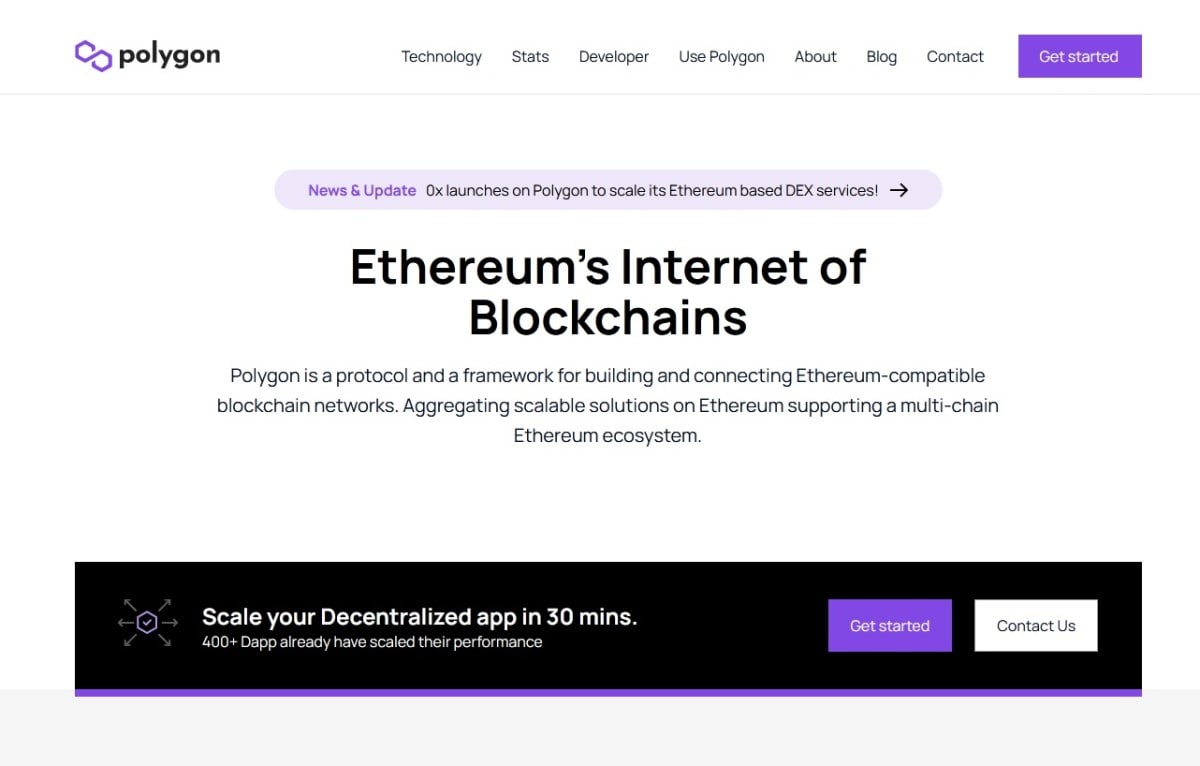 Matic aims to be the de-facto platform on which developers will deploy and run decentralised applications in a secure and decentralised manner. — Jaynti Kanani, Co-founder and CEO of Polygon

The origins of Polygon

The Polygon was founded in 2017 by Sandeep Nailwal, Jaynti Kanani and Anurag Arjun. They were later joined by the Serbian blockchain researcher Mihailo Bjelic. Initially, the project was named Matic Network. 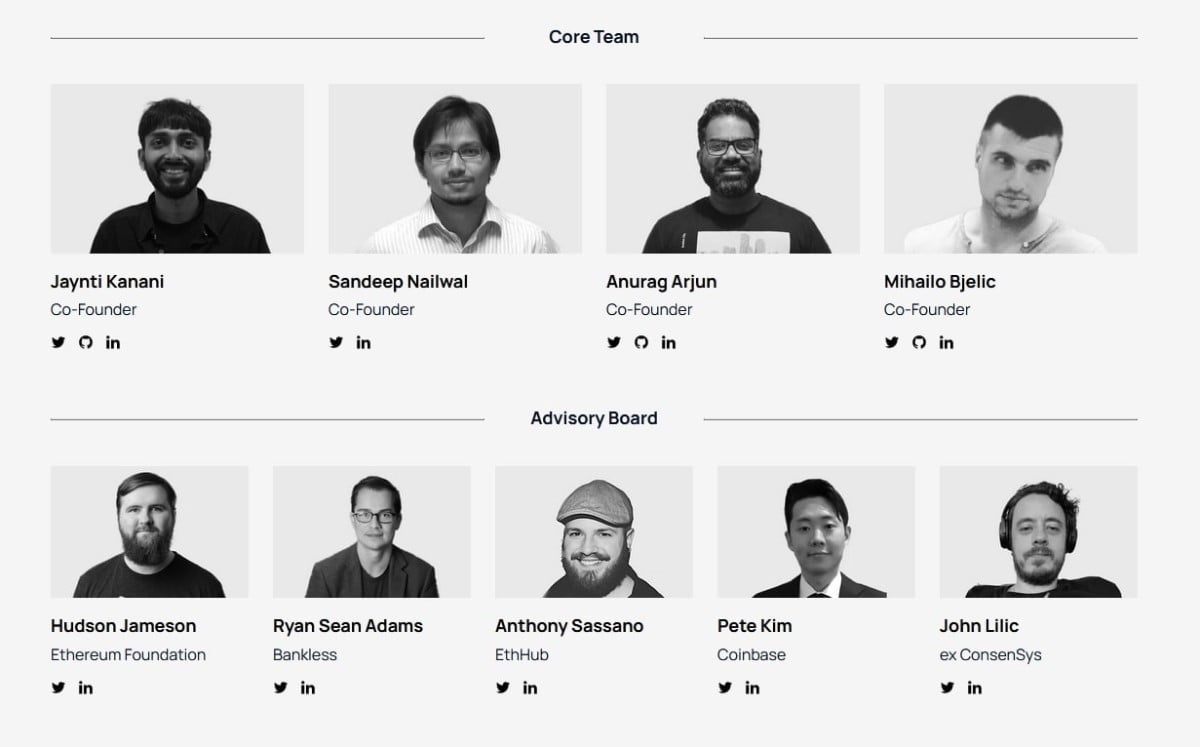 Polygon is a Layer 2 scaling solution based on the Ethereum blockchain. It takes some of the load from the main network, thereby ensuring its scalability, which means that operations become faster while their fees are reduced.

In addition, developers can use the platform to create their own Ethereum-compatible blockchains.

The Polygon network uses a Proof-of-Stake consensus mechanism. Validators and delegates can profit from staking. One can only become a validator on the network if a full node is launched, so it's much easier to become a delegate, i.e., a token holder who transfers their coins to a validator and receives a share of the staking profits.

Polygon's native token MATIC is an ERC-20 token used as a payment method for transaction fees and settlements between members of the Polygon ecosystem. Tokens are issued on a schedule, and all tokens must be issued by December 2022.

The Latest News on the Polygon Network

The developers of the Polygon project are always striving to improve the network's functionality, which will consequently reflect in the price of its native token. It should be noted that this is not the primary reason for further developing this project, but it's important for investors and enthusiasts of the MATIC coin to be confident in its support and reliability. Here are some of the latest updates to the Polygon Network:

At the time of writing, MATIC ranked 22nd among cryptocurrencies by market capitalisation at $2,700,142,386.

During the IEO held at the end of April 2019, MATIC's price was $0.00263. Immediately after the IEO ended, the coin was listed on the Binance crypto exchange.

MATIC's IEO and subsequent listing on crypto exchanges only took place in 2019.

On the day the MATIC token was listed on Binance, its price more than doubled. However, the price declined in the days that followed. This continued until 10 May 2019, when a sharp rise in the price began, ending on 21 May at a local maximum of $0.045. After that, the price moved sideways until the beginning of July. Throughout July, the price declined. In early August, the price briefly broke the $0.01 support level, but buyers were able to defend this support level, and, after that, the price began to move sideways in the $0.01-$0.02 range. On 25 November 2019, buyers managed to break through the resistance level of $0.02, and the price began to rise. After reaching a local maximum of $0.0427, the price collapsed, returning to the $0.01-$0.02 range.

MATIC started 2020 on a positive note. However, its price growth was interrupted after reaching a local maximum of $0.029 on 7 March. On 8 March, the price began to collapse. On 13 March, the day of the panic sale on the crypto market, the price fell to $0.00632. The price began to recover until 29 May, when the price started to move sideways. This trend generally continued until the end of the year, despite some price fluctuations and attempts by both sellers and buyers to change the trend.

The year 2021 is generally regarded as one of the best years for cryptocurrencies in general, and that was no different for Matic. It started the year tamely but somewhat positively, consolidating upwards throughout Q1. Real growth began in April when the price hit $1 for the first time, and by May, it had grown by almost 200% to set a new all-time high at $2.89. The high was short-lived as the price fell sharply below $1, creating support around $0.60 in July. Market conditions turned favourable once more, and Matic began trending higher again. By December, it set a new all-time high at $3.

Matic has enjoyed a great run since it debuted in 2020. Unlike some other currencies, it hasn't suffered a long stint of bearishness but has generally been on an uptrend on larger timeframes. The story is a little different now. Since it hit its new all-time high in December 2021, MATIC has traded lower with smaller price retracements after every new low formed. This is partly due to the increasing bear pressure that has plagued the crypto market in the last few weeks. It recently broke below its one-year support at $0.69 and consolidated around that region for two months before continuing lower. MATIC is trading just above the next support region, around $0.29 and is likely to price even lower in the coming weeks.

WalletInvestor is also pessimistic about MATIC's prospects. According to their estimates, the token's price will steadily fall to $0.049 in one year, a long-term loss potential of over 85%.

LongForecast believes that MATIC will experience serious fluctuations, but ultimately trend lower in the coming years. According to their predictions, the token will be worth $0.08 in a year, $0.13 in two years and $0.10 in four years.

DigitalCoinPrice predicts stable growth for the MATIC cryptocurrency. According to their estimates, the price will face a correction only in 2026, and then price growth will continue. In the future, the token will be $0.55, $0.57 and $0.90 in one, two and five years, respectively.

The Polygon project looks pretty promising. It aims to solve one of the crypto industry's most important problems and is moving quite confidently in this direction. Many projects are already cooperating with Polygon, and many more have announced plans for such cooperation.

Despite this, it should be noted that Polygon has quite serious competitors who are attempting to solve the same problems. So far, Polygon has a fairly solid position in its niche, but that could change if the developers abandon the project. 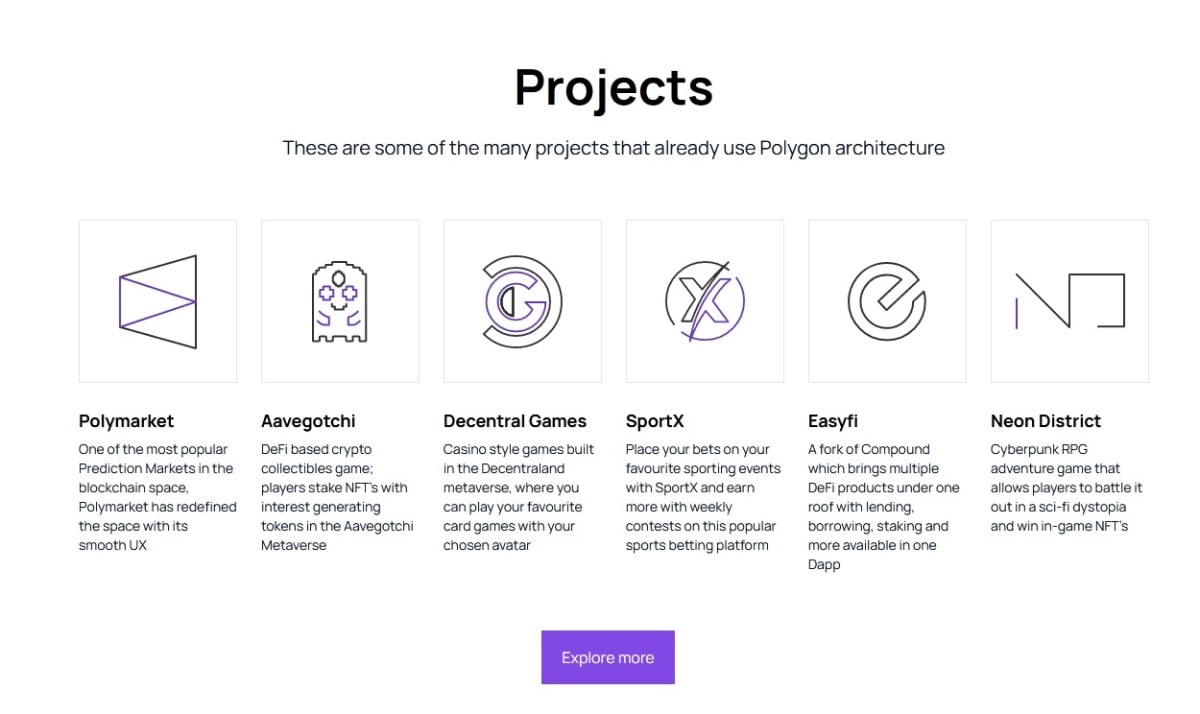 Will Polygon go up?

It's difficult to give positive predictions in a strong bear market like the current one, but Polygon is a promising project and may be up again soon.

How high can MATIC go?

MATIC is really likely to repeat its all-time high if the crypto market, in general, becomes bullish again. In the event of an all-time-high breakout, it's rather difficult to predict how high the price may go.

Currently, taking a position in MATIC is risky. The safest option for opening a long position would be to wait for a breakout of significant price resistance.

How to convert cryptocurrency to cash

23 Jun, 2022
Cryptocurrency is a popular investment option that can bring you real revenue. Still, you can't pay for dinner even if your wallet is full of coins and tokens. Only a limited number of businesses accept payments in cryptocurrencies.