Why millennials are saying their farewells to fiat money?

Banks have been pretty unpopular for over a decade now and there isn’t one demographic that feels this distaste more strongly than Millennials do. After all, it was these bright-eyed young dreamers’ entry into the workforce that unfortunately coincided with the Great Recession. And like any generation on the cusp of adulthood, they were sure that they would eventually be able to pay off their student loans, own their own homes, and generally have a better life than their parents. But alas, it just wasn’t to be. Instead, many now find themselves on the wrong side of thirty, either still living with their families or in rented accommodation and up to their eyeballs in debt.

So, what went wrong? Well, they blame the banking class whose irresponsible casino capitalism led to the worst economic crisis since the 1930's. They’ll tell you that their futures were mortgaged to bail out the same reprobates who are now charging them 20% APR on their credit cards, at a time when the world’s central banks are literally giving money away. In fact, a 2018 study by Edelman reveals that 77% of Millennials feel that the traditional financial system is “designed to favor the rich and powerful”, while 23% think it’s only a matter of time before finance’s “bad behavior” leads to “another global financial crisis”.

No longer the only show in town

In any other era, the banks’ top brass would laugh at stats like these, all while popping open another magnum to toast their most recent record-breaking bonus. Nowadays though, these sorts of figures are far more likely to have them sweating in their Saville Row suits. Why? Because people finally have other viable options, that’s why. When crypto first emerged, it was niche, hard to acquire and even harder to spend, but that’s all changed over the past few years. With the advent of dedicated online trading platforms like StormGain, you can now buy, store and trade numerous cryptocurrencies quickly in an easy and totally secure manner.

Ever at the vanguard of any technological advances, Millennials were quick to adapt to this new reality, such that 17.2% of them now already own crypto. Among their wealthy cohorts, this figure is even higher at 25%, with a further 31% expressing an interest in crypto and a massive 74% claiming that technical innovations like Blockchain make the global financial system more secure.

Up to this point in time, it would seem that Millennials still see some role for traditional financial institutions in their brave new world – but when we take a look at the results of a survey conducted by Sustany Capital, the future starts to look a lot grimmer for banks. The survey found that 88% of Millennials “want to own cryptocurrencies as an investment”, while 42% want to “use cryptocurrency as savings”. Now, if it loses these basic segments to a decentralized, inflation-proof medium such as crypto, banking as we know it really could go the same way the saber-toothed tiger did.

But is it really all over, bar the shouting?

Despite the buzz around digital currencies, for better or for worse, we are still a good few years away from a world without fiat money. Even if Millennials and Generation Z are largely sold on crypto, there are still many people in the financial system who hear “cold wallet” and picture some sort of ice cream-based dessert. Besides, from a purely practical standpoint, cryptocurrencies are still slightly too volatile to compete with value storage. For example, in the first 10 days of February 2018, the market cap of the biggest cryptocurrencies dropped by around $185 billion in the space of fewer than 2 weeks. Of course, this was largely due to the huge bubble bursting, and things do appear to be normalizing now. 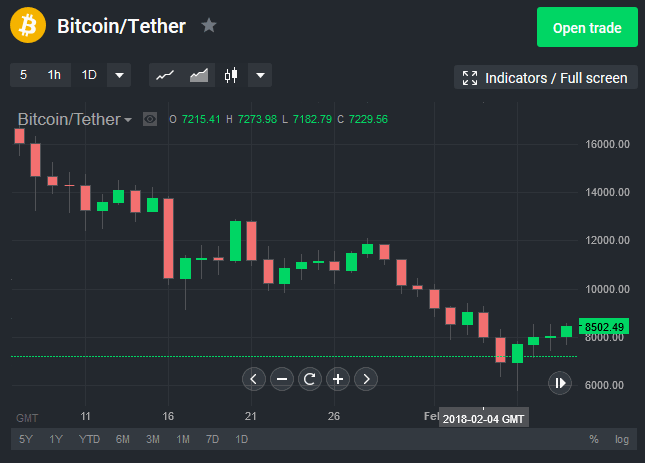 Notwithstanding, I think we can all agree that the future of money is indeed digital and that one day, crypto-style currencies will undoubtedly replace paper money. However, if cryptocurrencies are to become mainstream, it will require both technical improvements and active promotion. In its recent report about crypto adoption, ING noted that what digital assets really need in order to become mainstream is “trust and acceptance beyond a core group of enthusiasts” and “affiliation with existing and well-known brands”.

Once this final piece of the puzzle falls into place, what we’re likely to be left with is a kind of hybrid system where digital assets continue to exist, but within the same old structures as before. However, as the aforementioned report concludes, “people aren’t looking for cryptocurrencies to replace other monetary forms any time soon”. So, for the time being, it would appear that cash is still king… which means that the banks’ reign isn’t quite over yet.

23 Dec, 2019  2 min read
Not all that glitters is gold. The old adage takes on a new meaning in 2019 as Bitcoin is on track to outshine the precious metal on the market by the end of the year.