The 10 most expensive things ever bought with cryptocurrency

Bitcoin was originally intended as a decentralized currency, something that you could actually use for your everyday purchases just like cash in hand or the bank.

The rapid rise in value and accompanying fluctuations for bitcoin and subsequent cryptocurrencies mean that crypto coins are traded like investments, much like oil or precious metals. But that doesn’t mean that you can’t buy things with crypto and even take care of many basic needs.

But what about the big spenders? In this article, we present the most expensive or just downright fascinating items ever bought with bitcoin.

No list of this kind would be complete without this famous piece of crypto history. On May 22, 2010, Laszlo Hanyecz paid 10,000 bitcoins for two delivered Papa John's pizzas. This was made possible by reaching out for help on the bitcointalk forum (Papa John’s was not so forward-thinking).

It was already a good deal for the British forum user who paid $25 for the pizzas. 10,000 bitcoins was around $41 at the time. But it just got better.  Nine months after the purchase, bitcoin reached parity with the US dollar, making the two pizzas worth $10,000. Five years later the two pizzas were valued at $2.4 million. Today, the pizza order is the equivalent of over $93 million.

The anniversary of the purchase is celebrated as Bitcoin Pizza day by the crypto community, who delight in totalling up the price increase. Hanyecz, however, has no regrets: "It wasn’t like Bitcoins had any value back then, so the idea of trading them for a pizza was incredibly cool," he told the NY Times.

Luxury cars are a good way to cash in your crypto hoards, with multiple dealerships now accepting crypto transactions. Most famously, VinWiki  CTO Peter Saddington purchased a $200,000 2015 Lamborghini Huracan for 45 bitcoins back in 2017. 45 bitcoin is worth around $420,000, but Saddington says he paid just $115 for them when he bought them back in 2011.

Crypto hodlers are usually also fans of innovative tech companies so it’s no surprise to hear reports of Tesla purchases with bitcoin, such as the 2013 purchase of a Tesla S by someone in Florida for 91 BTC ($109k at the time, almost $850 million today).

Purchasing property with bitcoin has become more popular than ever. Websites offer a range of luxury housing from around the world that can be paid for in bitcoin. Confirmed bitcoin real estate purchases include a Bali villa for 800 BTC ($500k at the time) and a 1.4 acres land purchase in Lake Tahoe, California for 2,739 bitcoin worth ($1.6 million at the time). These transactions, like the majority, were made by converting BTC to dollars.

The largest confirmed direct bitcoin real estate sale was when bitcoin investor Michael Komaransky sold his Miami mansion for 455 BTC. That was worth $6 million at the time of sale back in 2018.

French artist Youl has represented the bitcoin community in a beautiful painting based on Leonardo da Vinci’s The Last Supper, called the Bitcoin Supper. The painting depicts a personification of bitcoin in the place of Jesus, surrounded by various allegorical figures from the crypto subculture.

Demand for the 140cm x 70cm painting, rose when a post was made on reddit introducing the work of art to the crypto community. A bidding war ensued reaching 4.65 BTC ($2,900 at the time) making it the most expensive Bitcoin painting ever sold.

Computer graphics cards are popular among crypto fans to use for mining, but did you know you can also use them for...computer graphics? The best gaming PCs are powerful rigs capable of achieving graphical wonders, but top-of-the-line tech doesn’t come cheap.

But you can use that crypto mined with GPUs to buy real gaming PCs. Electronics retailer Newegg accepts BTC. Just a single bitcoin can buy you the best gaming hardware in the world from coveted gaming brands like Dell Alienware, HP Omen, Razer and more. Perfect for your crypto-fuelled esports career.

Private jets have been the preserve of the ultra-wealthy and the new breed of bitcoin millionaires are joining the mile high club. Bitcoin Foundation member Olivier Janssens reportedly chartered a private jet from PrivateFly.com back in 2014, allegedly for around 55 BTC.

If you’re shopping for wings of your own, SkyCraft Airplanes has been offering private planes for bitcoin since 2013, and counts bitcoin mogul Charlie Shrem among its customers. The SkyCraft SD-1 Minisport was available for 80 BTC when first announced, although they are now available for much less.

At least, if you’re a fan of the Golden State Warriors NBA team, who accept BTC payments for season tickets. The team’s owner has confirmed that the team will continue to support crypto payments. Home games are also slated to be soon available for purchase with cryptocurrency, but at the moment season tickets are available for 1.02 BTC.

Warriors fans will no doubt be pleased, but sports enthusiasts with different allegiances had better lobby their favorite teams to also get on board. At StormGain, of course, we’re more football fans ourselves.

Make bitcoin work for your brain by enrolling at one of the many universities that accept crypto payments. The University of Nicosia in Cyprus was the very first university to accept bitcoin for courses back in 2013, and King’s College was the first US university to do the same in 2014.

Other institutions accepting bitcoin include Berlin’s European School of Management and Technology in Germany and The Lucerne University of Applied Sciences and Arts in Switzerland. Switzerland has historically been open to cryptocurrency ventures and can be a great place for a budding crypto entrepreneur to study and network.

Much like Lambos and private jets, yachts are another traditional hallmark of the super-wealthy that the bitcoin nouveau riche are availing themselves of. Florida’s Dennison Yachting added bitcoin as a payment method to meet demand from customers.

26 North Yachts, another Florida company, claims to be the largest yacht broker to accept bitcoin. In Europe, Yacht Base accepts crypto and offers rentals for trips in Croatia, Greece, Italy or the Caribbean.

You can buy a yacht to sail to a tropical island, and if you like it there, why not use your leftover cryptocurrency to become a citizen? That’s an option in the beautiful South Pacific island nation of Vanuatu, the first nation in the world to offer citizenship for a bitcoin payment.

Antigua and Barbuda in the Carribean also accepts bitcoin for citizenship. Both countries are attracting housing businesses and gaining visa-free access to other areas. Because of cryptocurrency’s volatility, prices are pegged in dollars, but Antigua and Barbuda would welcome you like a native child for less than 12 BTC as of the time of writing.

Inspired to start collecting cryptocurrency yourself? StormGain allows you to easily purchase coins with your credit card and trade with up to 150x on the global market. Find out more or register now and start trading within seconds! 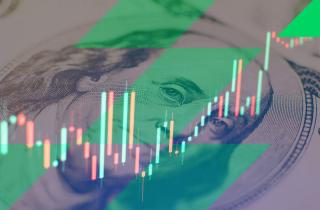 How to earn on crypto volatility

05 Feb, 2020  3 min read
The cryptocurrency market is famed for its volatility. Indeed, it is precisely this feature that makes it so attractive to traders and investors looking to make quick and sizable returns.
Next article 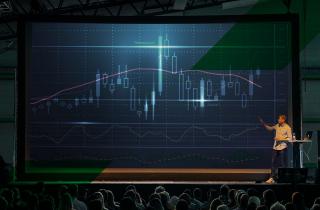 Can we anticipate cryptocurrency movements?

07 Feb, 2020  4 min read
It’s now been over a decade since Bitcoin made history as the first digital currency, and so much has changed in such a short time.