Did you know these fascinating facts about cryptocurrency?

Cryptocurrency is still a mystery to many, but it's becoming more and more mainstream every day. From its anarchic early days in the hands of tech pioneers to its modern incarnation as a hot commodity in the global financial markets, the story of cryptocurrency is full of interesting and amusing incidents.

To celebrate the history of this innovative technology, we present the six most surprising cryptocurrency facts below (plus one bonus). How many did you already know?

1. The most expensive pizza purchase ever made

Due to cryptocurrency’s volatility, the fluctuations in price over the years have been truly mind-boggling, and has made some people very very rich, while giving some others cause for regret down the line. One of the craziest stories regarding cryptocurrency and bitcoin in particular was immortalized in the crypto community forever.

The first cryptocurrency transaction in the real world took place on May 22, 2010. On that fateful day, Laszlo Hanyecz paid 10,000 bitcoins for two delivered Papa John's pizzas. The Hungarian developer had a fierce hunger and bitcoins to spare, and used the bitcointalk forums to find a user in the UK to make the $25 delivery order for him in exchange for the 10,000 bitcoins, a transaction that was pretty over-the-top back then and even crazier today.

In 2010 the value of one bitcoin was already rising. Differing estimates put the dollar value of each pizza anywhere between $21 up to around $300 per pizza. In 2011 bitcoin reached parity with the US dollar, making the two pizzas worth $10,000. In the present day terms, Hanyecz would have spent over 35 million dollars to purchase one pizza.

Both for its historic value and the lesson it teaches about bitcoin’s meteoric increase in value, the anniversary of the transaction is celebrated as Bitcoin Pizza day by the crypto community. As for Hanyecz, he remains admirably zen about the mind-blowing numbers involved: "It wasn’t like bitcoins had any value back then, so the idea of trading them for a pizza was incredibly cool," he told the NY Times.

Just how big is bitcoin as a global phenomenon? 350,000 bitcoin transactions are performed every day on average, as traders are always looking to buy and sell to their advantage. The total number of transactions clock in at 506 390 919 as of the time of writing, with well over 18 million bitcoins out there in circulation. It works out to around 4 transactions per second. Not bad for a technology that was once considered quite inaccessible.

Bitcoin/Tether chart (at time of writing)

But times have changed. Now, thanks to a variety of tech platforms that let you easily manage your cryptocurrency assets from your phone, it’s no surprise to see that bitcoin is always moving. One of the reasons why StormGain is one of the best crypto trading platforms out there is because it lets you easily transfer funds in your wallet using deposit address or a regular credit or debit card. This makes buying, selling, and trading cryptocurrencies as simple as any online money transfer.

3. There are over 5000 different cryptocurrencies

Cryptocurrency is the future, and everyone and their dog wants to get in on the action. That’s why new cryptocurrencies are popping up all the time. It’s estimated that there are currently well over 5000 different currencies around the world. Let’s be honest, most of these coins aren’t worth much and probably never will be, although anyone who can spot a diamond in the rough before becomes the next big thing will be very rich indeed.

With all the alternative cryptocurrencies (known as altcoins) out there, creators have had to think outside the box when it comes to names that get attention. That’s why we have such bizarre-sounding as PizzaCoin, Cabbage, DogeCoin (after the internet meme) and Coinye (named after Kanye West).

But don’t make the mistake in thinking that all altcoins are trash. In fact, some are very useful, such as ripple, bitcoin cash and USDT. At StormGain, we make it easy to trade in both bitcoin and a variety of altcoins with up to 200x multiplier. But we select only the most useful and valuable, to offer our clients options, but also safety.

No altcoin has managed to unseat King Bitcoin from its throne at the top of the market, but do you know which one has come the closest?

Ethereum is the second most popular and valued cryptocurrency after Bitcoin, with a market cap of $17.1 billion. Ethereum was proposed by cryptocurrency researcher and programmer Vitalik Buterin in late 2013. Buterin was just 19 years old at the time!

Ethereum went live in mid 2015 and has now reached over a million transactions per day. The second most popular cryptocurrency is notable for its ‘whales’, over 300 individuals who make huge purchases of over a million dollars and hold on to around a third of the ethereum in the market.

Ethereum/Tether chart (at time of writing)

Ethereum is a popular asset for trading on StormGain because it is in some respects more technologically advanced than bitcoin and preferred by tech enthusiasts who are interested in smart contracts and dApps. The production of ethereum is also not limited in the same way bitcoin is.

5. The total amount of bitcoin is limited

Limited, you say? That’s right. One of the ideas built-in to bitcoin right from the beginning is its conception as a limited resource, much like gold, oil or other precious trading commodities. You can see this in the terminology for the creation of bitcoin, which is known as ‘mining’.

Every four years, the rewards of bitcoin that are given out to the miners (the machines that do the processing necessary for the blockchain to function) are halved, making it an ever-more scarce resource. The next halving event is scheduled for May 2020.

That’s why the interest in (and price of) bitcoin continues to increase as the supply goes down. Investors know that in the future, there will be a limited number of bitcoins to compete for, so get yours while you can!

The total number of bitcoins after all the coins are mined is 21 million units, with the last unit estimated to be mined in 2140. In fact, more than 80% of the 21 million bitcoins have already been mined.

Of course, this limitation is also what makes space for altcoins to become important. That’s why a trader should always hedge their bets and have a diverse portfolio. Why is bitcoin like this? You can point the finger at Satoshi Nakamoto. The trouble is, no-one knows who he is...

6. No one knows who created bitcoin

People have been thinking about digital currencies for decades, and the concept of cryptocurrencies in particular started gaining some traction some thirty years ago. But the real code for cryptocurrencies was realized in 2009. Astonishingly, even though cryptocurrency has become such a valuable commodity, still no one has come forward to take the credit for its creation.

‘Satoshi Nakamoto’ is the pseudonym given to the anonymous founder or more likely, group of founders, responsible for the creation of cryptocurrency as proposed on a cryptography online mailing list back in 2008. Fun fact: cryptocurrency as it appears today was not actually Satoshi’s intention. Rather, ‘he’ wanted to create a decentralised cash payment system.

To this day, the real identity of Satoshi Nakamoto is unknown, but ‘he’ does not claim proprietary ownership of the code. Nakamoto is rumoured to own more than one billion bitcoins, which would make them an extraordinarily wealthy person. In honor of the creator, Satoshi is the name given to the tiniest bitcoin value that can be exchanged, equal to 0.00000001 bitcoin.

7. StormGain is number one for cryptocurrency info

StormGain is not just the most effective crypto trading tool on the market. We are dedicated to an active and informed community of crypto fans, and to that end, we make it our mission to bring you the best in cryptocurrency news, events, guides and information. On the StormGain news section, we explore every aspect of cryptocurrency including money management, trading tips, market trends, hot new deals and discounts as well as more fun facts! Stay tuned to StormGain for all the crypto information you need.

Available as a user-friendly app or web platform, StormGain allows trades 24/7 with up to 200x multiplier on trades and 100% liquidity. Combine that with low and transparent commissions and you have the best platform to trade crypto how you want to and keep as much profit as possible.

Ready to join the exciting world of crypto trading? Then register with StormGain now and get started today! 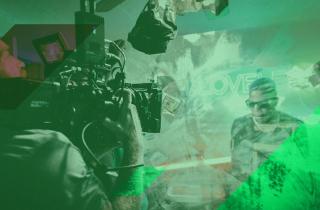 21 Feb, 2020  5 min read
Trading is hard work. The long hours and high levels of stress that inevitably come with the job can really take their toll.
Next article 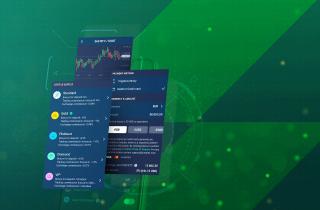 27 Feb, 2020  2 min read
So, you’ve decided to get with the future and dive into the exciting world of cryptocurrency trading. Or perhaps you’ve already collected some digital coins and want to actually start doing something with them.